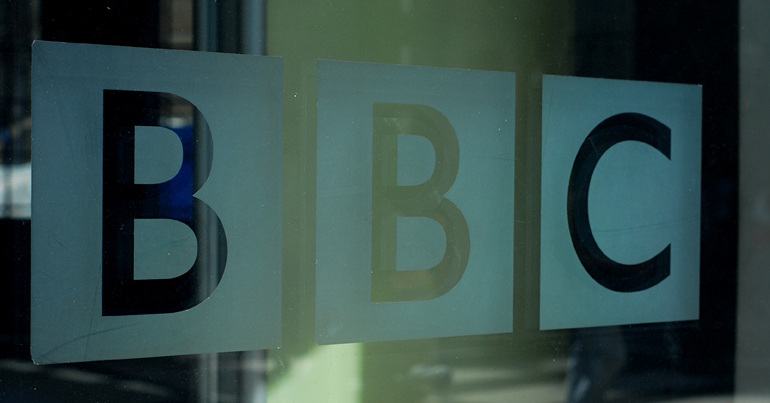 The BBC has sent a giant ‘f*ck you’ to working-class people. And in doing so, it has sided with pro-austerity elites in their latest attack on democracy.

“Attacks on democracy” in Brazil

Veteran journalist Glenn Greenwald recently spoke about military intimidation of judges in Brazil, and how this was one of numerous “attacks on democracy” in the last month. The legal case relates to Luiz Inácio ‘Lula’ da Silva – a left-wing former president and the popular front-runner in October’s presidential election. Many people believe he has been facing “trumped-up charges of corruption and money laundering”. And a jail term would likely end his participation in the upcoming election.

On 5 April, Brazil’s Supreme Court said Lula had to go to jail while he appeals the controversial conviction. But as The New York Times has reported:

The evidence against Mr. da Silva is far below the standards that would be taken seriously in, for example, the United States’ judicial system…

A poll last year found that 42.7 percent of Brazilians believed that Mr. da Silva was being persecuted by the news media and the judiciary.

Lula himself has characterised the accusations against him as an “attempt to criminalize my political party” by Brazilian elites trying to derail his election campaign.

Media outlets have previously called Lula a “Working Class Hero”. And he reportedly entered the world of politics in part to increase the political representation of working-class Brazilians.

While maintaining his innocence, Lula surrendered to police on 7 April.

But on 10 April, the BBC published an article from its Latin America correspondent Katy Watson. And this essentially read like propaganda from the Brazilian government.

Without mentioning words like ‘proof’ or ‘evidence’ even once, the piece referred to Lula as Brazil’s “most famous criminal”. And it said:

he turned out to be just as corrupt as the politicians who came before him.

This was in spite of human rights lawyer Geoffrey Robertson telling the BBC on 5 April that, “there’s no evidence that he [Lula] did any deal” that would constitute as corruption.

Nor was there any mention in Watson’s article of the people who replaced democratically elected president Dilma Rousseff after her controversial impeachment in 2016. Corrupt right-wing figures (backed by the corporate media) led the impeachment process; and a notorious corruption investigation implicated a third of the new cabinet. Leaked recordings soon showed that one of new president Michel Temer’s closest allies had conspired to remove Rousseff in order to stop the probe. Prosecutors also sought to put Temer himself on trial in 2017 over corruption allegations; but his political allies protected him – ensuring he could avoid further investigations until his presidential term ends later this year.

The truth about Lula and the situation in Brazil

Watson’s article also suggested that Lula was somehow on the “far-left” of the political spectrum. But in reality, Lula’s Workers’ Party (PT) has long tried to reconcile capitalism and socialism. And as Jacobin reports, “the radical left often vocalizes the critique that the PT has been too soft on the Brazilian elite”.

Nonetheless, during its time in government (from 2003 to 2016), the PT lifted around 50 million people out of poverty. It also became (according to the UN) “a champion in the fight against hunger”. And it increased health and education spending significantly. After eight years in power, Lula stepped down with an approval rating of 80%.

Fortunately, some journalists have been providing appropriate context and balance.

Glenn Greenwald, for example, spoke to Democracy Now! after Lula’s imprisonment. And he said that while there are separate trials pending:

The one thing he [Lula] has been convicted of is this tiny little case that everybody always considered extremely dubious, that has been filled with judicial irregularities…

the evidence is basically nonexistent…

He also highlighted the double standards regarding the treatment of right-wing and left-wing figures in Brazil, insisting that:

the same people who are today cheering Lula’s imprisonment, on the grounds that corruption must not be protected and there can be no impunity, have repeatedly voted to protect Michel Temer, the president of this country, from any kind of accountability… They won’t allow the courts to investigate him, even though everybody heard with their own ears him ordering bribes to be paid… it is impossible to maintain with a straight face that what this is about is punishing corruption or subjecting everybody to the rule of law…

We deserve much better from the BBC

The aim of Lula’s controversial imprisonment seems to be to tarnish his image and cut him out of this year’s election race. These diversion tactics also ensure that the current political order – led by a corrupt and unelected regime which has been slashing public spending and privatising state industries – remains intact.

It’s one thing for Britain’s Conservative government to praise Brazilian democracy in spite of the current government’s corruption and subversion of democracy. But it’s another entirely is for the BBC – a supposedly impartial broadcaster – to fail to provide appropriate balance.

We deserve so much better from the BBC. And so does Brazil.

– You can find out how to complain to the BBC here.

– Read The Canary‘s previous articles about Brazil at The Canary Global. And join The Canary so we can keep exposing the propaganda of political and media elites.