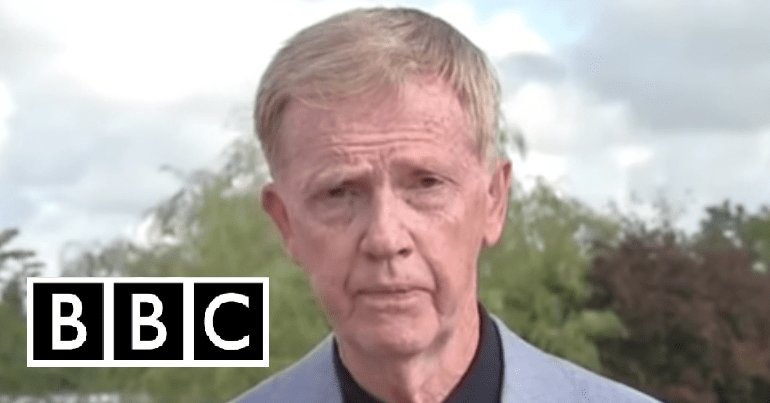 A former UK ambassador to Syria has forced the BBC to face the truth about the alleged chemical attack in Douma. Peter Ford argues that we don’t yet know whether Syria’s Bashar al-Assad used chemical weapons, insisting that we have no evidence either way.

‘Guaranteed to pluck defeat from the jaws of victory’

Dozens of people have reportedly died after an alleged chemical weapon attack on the city of Douma. Speaking to BBC Radio Scotland, Ford questioned why Assad would launch chemical weapons now:

How has Assad benefited from all this mayhem? In fact, it’s rebounded against him. Why would he do such a thing when he was already winning? The battle for Eastern Ghouta was virtually over. Why would he choose this moment to do the one thing that was guaranteed to pluck defeat for him from the jaws of victory?

Saudi-backed opposition group Jaish al-Islam (or ‘Army of Islam’) controlled Douma. But the rebel force is now evacuating the Damascus suburb after reaching a deal with Russia. The Assad regime is about to reclaim the last of eastern Ghouta. So critics like Ford have questioned why Assad would bring international condemnation on himself right before victory. In fact, even former British Army commander General Jonathan Shaw has also raised this question:

Ford was the UK ambassador in Damascus from 2003 to 2006. In 2017, he became an unpaid director of the British Syrian Society – a group run by Bashar al-Assad’s father-in-law Fawaz Akhras.

The Telegraph has previously called Ford’s words into question. It claimed that, in 2016, he “wrongly blamed opposition forces for an attack on a UN aid convoy when an investigation proved it was either Russian or Syrian Government aircraft”.

“What the jihadis have done is jerk our leash”

A child can see that the intention was to produce the hysteria and now the military action that we are on the point of taking, risking our own safety. What the jihadis have done is jerk our leash. And frankly, for one, I think it’s pretty disgusting that we are allowing ourselves to have our own leash jerked by these Islamist fanatics.

Given that there is no evidence yet about who carried out the attack, the near-universal approval for military intervention from our political and media class is particularly concerning. The Assad government may have done it. And if that turns out to be the case, military intervention would still need a clear endgame. But for now, by cutting through the sabre-rattling pundits, Ford’s sober intervention on the BBC is a welcome dose of critical thinking.

UPDATE: This article was revised and updated on 13 April to provide further information about Ford in the sub-section “Ford’s background” and to include the intervention from General Jonathan Shaw.