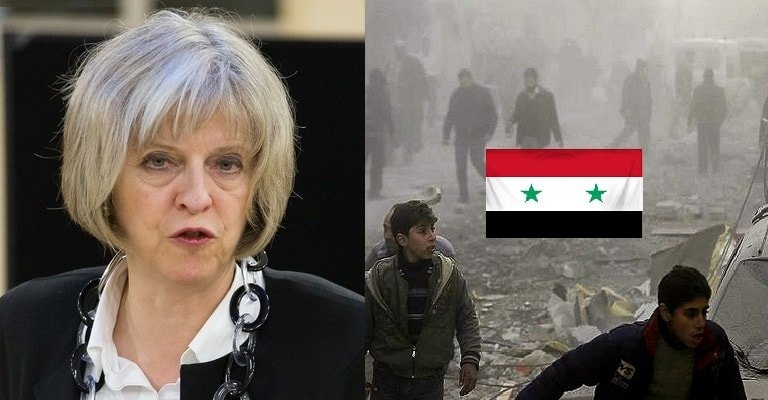 Proposals to bomb Syria have hit some serious turbulence. While the prime minister moves towards launching airstrikes, the public sees things differently. By almost two to one, British people oppose bombing Syria, according to a survey by YouGov released on 12 April.

Dozens of people reportedly died after an alleged chemical weapon attack on the Syrian city of Douma. 43% of people oppose airstrikes on the Syrian military in response, while under a quarter (22%) support the action. 34% don’t know.

But that doesn’t mean people think the Syrian government wasn’t responsible. 61% believe “there probably was an attack carried out using chemical weapons by Syrian government forces or their allies”. Only 5% adhere to the Russian version of events that there probably wasn’t a chemical attack and the claims are “fabrications”. 29% selected “don’t know” and 5% chose “something else happened”.

Still, the public doesn’t appear to think that airstrikes are an appropriate response.

On 12 April, Theresa May is holding an emergency cabinet meeting. She has warned that Syrian President Bashar al-Assad will be “held to account” if his culpability was confirmed.

Under British law, the prime minister doesn’t need to put bombing Syria to a Commons vote. Although that has become customary since Tony Blair asked MPs for approval before the Iraq war. And May is under pressure to do the same.

Jeremy Corbyn said parliament should “always be given a say” on military action. It’s unclear whether the prime minister would win such a vote. In a similar vein, Green Party co-leader Caroline Lucas said there was “absolutely no way” May should take any military action without “a full debate and vote in Parliament”.

The views of MPs aside, the majority of people in Britain seem to oppose the airstrikes. That being the case, the proposals to bomb Syria are looking shaky at best.

– Write to Theresa May and your MP to halt the rush to war.