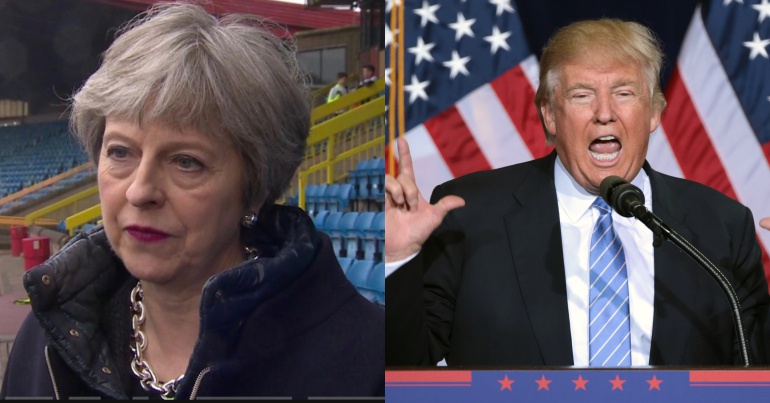 On 12 April, Theresa May called an emergency cabinet meeting to discuss the ongoing crisis in Syria. Meanwhile, Donald Trump has upped the scale of US rhetoric with several aggressive tweets. But both May and Trump should take note, because a group of international lawyers have said that any attack on Syria would be illegal.

In a statement issued on 11 April, a “group of international law experts” said:

Under international law, military strikes by the United States of America and its allies against the Syrian Arab Republic, unless conducted in self-defense or with United Nations Security Council approval, are illegal and constitute acts of aggression.

And this would also apply to the UK, because it too is subject to the parameters of international law.

The statement then went further, saying:

The crisis over Syria has escalated since dozens of people reportedly died after an alleged chemical weapons attack on Douma. International tensions are rising; and the situation has widened “rifts between Moscow, Washington and European powers and inflamed the bitter rivalries that run across the Middle East”.

Never said when an attack on Syria would take place. Could be very soon or not so soon at all! In any event, the United States, under my Administration, has done a great job of ridding the region of ISIS. Where is our “Thank you America?”

UK relations with Russia have deteriorated since Sergei Skripal and his daughter Yulia were poisoned in March. As Channel 4 News reporter Jon Snow pointed out, the current crisis also plays into a “perfect storm” in the US:

A perfect storm of the most dangerous nature..deeply worrying to be in Washington amid the Trump chaos around his arrested Lawyer; amid the sudden resignation of Speaker Ryan and amid Trump’s Tweeted threats to bomb Syria….

Theresa May has now recalled the cabinet from their Easter break to discuss the UK’s response. But Labour leader Jeremy Corbyn has urged caution and insisted that any measures should be debated in parliament:

It is vital that parliament has the chance to debate and decide in advance on any government proposals to support a new US-led military intervention in Syria, which risks a dangerous escalation of the conflict.

This warning from international lawyers is significant, because they “urge” the US and “its allies to refrain from illegal conduct against Syria”. They also point out that it is “now common knowledge” that the US has “armed rebels/insurgents to overthrow the current government of Syria”. As they state:

This is illegal under international law.

They also urge the US to end the dispute peacefully:

These means include recourse to the use of established and legitimate institutions designed to maintain international peace and security, such as the U.N. Security Council or the International Court of Justice. Unilateral action is a sign of weakness; recourse to the law is a sign of strength. The United States must walk back from becoming the very monster it now seeks to destroy.

It remains to be seen whether May, Trump and other leaders will heed this advice. But amid rising tensions, UK public opinion apparently supports the lawyers. A YouGov poll showed that only 22% of Britons support “cruise missile” attacks against Syria, and 43% oppose military action. And thousands of people have taken to social media in opposition to attacks on Syria. Because if world leaders don’t listen, the outcome will be both tragic and terrifying.

– Join the protest on 13 April outside Downing Street.

– Support Campaign Against the Arms Trade and take action against the arms dealers who will profit from war.

– Email your MP and voice your opposition.