US senator breaks ranks, showing exactly why bombing Syria has nothing to do with morality - Canary 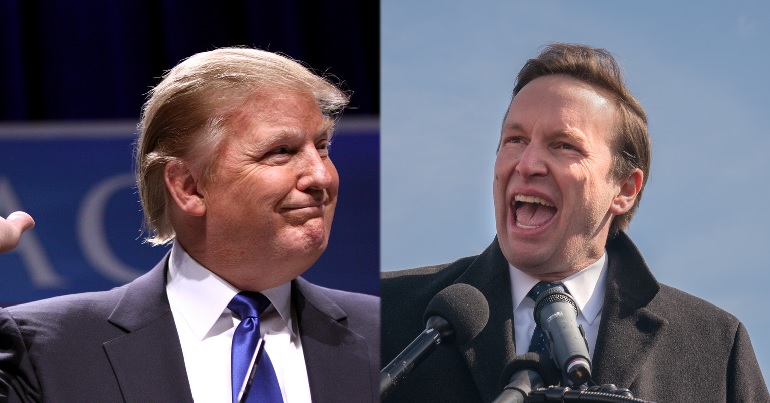 A US senator has broken ranks, showing exactly why the march to bomb Syria has little to do with morality.

Let me get this straight: we’re going to bomb Syria because Assad attacked civilians, but next door in Yemen we are eagerly participating in a bombing campaign that has killed thousands of civilians?

He had an excellent point.

A military campaign in Syria would not only be illegal, historically ignorant, destructive, costly, complicated, and (very probably) counterproductive. It would also be incredibly hypocritical. Because – to the shame of world leaders – there are civilians dying and suffering unnecessarily throughout the world. And the war hawks hoping to swoop over Syria have precious little to say about those civilians.

And as Murphy pointed out, one poignant example of their silence is Yemen.

US support for a humanitarian disaster. Where’s the moral outrage?

What’s more, the US is “still pouring weapons into Yemen war”, according to Al-Monitor. And The New Yorker says “the U.S. Is Making the War in Yemen Worse”.

Yemeni children themselves have asked US politicians to help stop the war. And senators like Bernie Sanders have consistently called on the US to end its involvement in the conflict.

But the war hawks aren’t rushing to punish Saudi Arabia for bombing the Yemenis to bits. Nor have they rallied for attacks on Burma over its alleged genocide against the Rohingya people. Nor have they demanded that NATO abandon Turkey over its alleged war crimes against Kurdish people at home and abroad. And there’s tumbleweed whenever anyone mentions the Israeli occupation’s brutal treatment of Palestinians.

Hypocrisy floats right to the top

Some people who voted for US President Donald Trump, of course, were against war – and they thought he was too. But that’s not surprising. Because in 2013, he tweeted:

The President must get Congressional approval before attacking Syria-big mistake if he does not!

AGAIN, TO OUR VERY FOOLISH LEADER, DO NOT ATTACK SYRIA – IF YOU DO MANY VERY BAD THINGS WILL HAPPEN & FROM THAT FIGHT THE U.S. GETS NOTHING!

Obama must now start focusing on OUR COUNTRY, jobs, healthcare and all of our many problems. Forget Syria and make America great again!

And in 2012, he even suggested that military strikes were a sign of desperation and weak leadership:

The Trump presidency, however, bombed Syria in 2017 after an apparent chemical weapon attack – without evidence of government culpability, and with the overwhelming support of warmongering elites. And after the alleged chemical weapon attack this year, he’s jumped the gun again, even taunting Russia on Twitter:

But as Chris Murphy’s tweet reminds us, Assad isn’t the only “animal” in the world. The Donald Trump of 2018 – who has clearly joined the ranks of the war hawks waiting to swoop on Syria – should remember that the next time he’s schmoozing with his own murderous ‘partners’ in Saudi Arabia, Turkey, or Israel. And so should we.

– In the US, contact your representative and senator to demand an evidence-based foreign policy. In the UK, write to Theresa May and your MP.