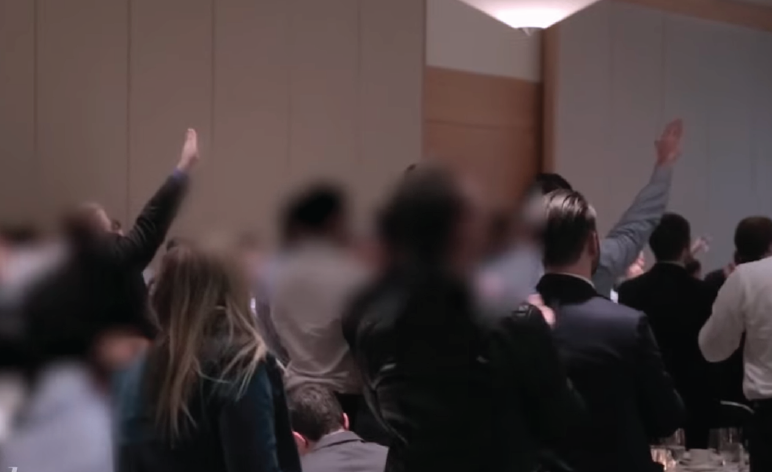 On 6 April, US President Donald Trump launched cruise missiles at a Syrian airfield. But the move has not played well with many of his loyal supporters.

The attack was in response to a chemical weapon disaster in Syria on 4 April. The media is widely reporting that the attack was perpetrated by the Assad regime. But there is still no independent verification of this, and the regime denies responsibility.

Both conservative and liberal interventionists have welcomed Trump’s strike – including some Democrats in the US and members of the Labour and Liberal Democrat parties in the UK. But many loyal Trump supporters aren’t quite as pleased. Namely because Trump has often criticised American military intervention abroad; and this is one stance his loyalists apparently hoped he would maintain.

Spencer is allegedly the man who coined the term ‘alt-right’. He’s a white supremacist and president of the National Policy Institute (a right-wing thinktank), which is dedicated to “the heritage, identity, and future of people of European descent in the United States”. He wants a “new society, an ethno-state that would be a gathering point for all Europeans”. He’s also famous for shouting “Hail Trump” in a room full of Nazi salutes, and publicly being punched in the face.

He is branding the strike on Syria a ‘betrayal’:

My video on Trump, Syria, and the end of "America First."#nowarwithsyria https://t.co/2qZ3TyyqOX

Watson is an ‘editor-at-large’ at Info Wars. An outlet famous for conspiracy theories like the 2012 Sandy Hook massacre being a false-flag attack: i.e. a staged incident to influence public opinion. Info Wars founder Alex Jones has since back-peddled on that theory. But it’s worth noting that Jones has strong ties with Trump, and that Trump is also a known conspiracy theorist.

Watson has completely condemned the 6 April strike on Syria, saying he’s now “OFF the Trump train”:

I guess Trump wasn't "Putin's puppet" after all, he was just another deep state/Neo-Con puppet.

I'm officially OFF the Trump train.

Although he is open to a rethink if the strike is a one-off:

If we hear noises that this will be the end of it then I will re-assess, but I'm not gonna be naive about it.

Cernovich is a blogger, author, and YouTube personality. He rose to prominence writing self-help books advising that women like aggressive men. He is now involved in politics and is known for endorsing conspiracy theories like #PizzaGate.

Cernovich was recording a live YouTube video when the strike against Syria happened. That video ended up running for eight hours. He followed it up with a second video that went on for over three hours. Like other figures on the far right, Cernovich was not impressed with the development.

Although the people above don’t speak for 100% of their supporters, they do influence them. And those supporters are the people who stuck by Trump even when his approval rating dropped to 35%. Meaning that, if Trump loses them, his situation could quickly deteriorate even further.