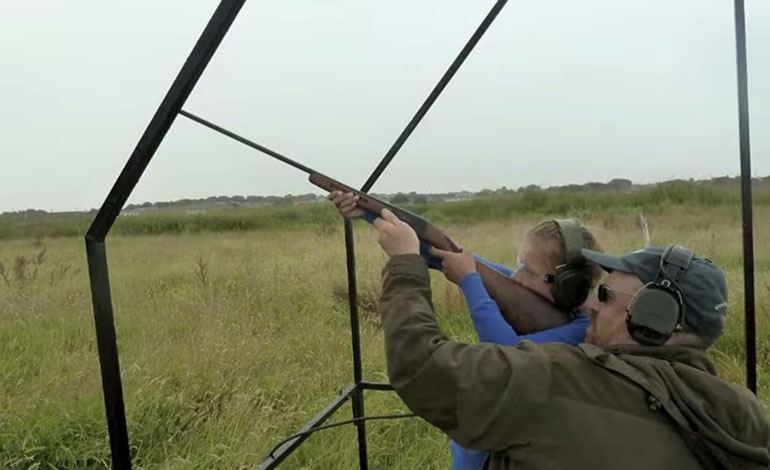 A primary school in Sussex is teaching their kids how to hunt, skin and cook a meal for themselves. And learning these skills is having a dramatic and positive impact on their behaviour.

West Rise Junior is a state school based in Eastbourne, Sussex. In 2015, it won the T.E.S. Primary School of the Year award. With an intake of about 250 children, mostly from an Eastbourne council estate, the school provides a unique learning experience. One inspired by outdoor living.

Alongside traditional classes, the school teaches the children forest school skills which include: clay pigeon shooting, fishing, camp fire skills, basic gun safety, and using a knife to clean game animals and skin rabbits. There’s even a herd of Asian water buffalo. This is all possible thanks to the extensive marshland it leases from the council for just £1,000 a year.

Take a look at the school’s promotion video:

Speaking to The Telegraph in February 2016, headteacher Mike Fairclough said:

The Secretary of State is now very keen on character-building. Well, this is what we are doing – you are not going to build character by sitting behind a desk all day writing. They need to be challenged mentally and physically in an expansive way.

According to Fairclough and fellow teachers, his unusual teaching methods have had a huge effect on the children’s behaviour. When he arrived the school was surrounded by a 20ft fence and pupils weren’t required to line up because their behaviour was deemed too poor. Now as Karen Stephens, a higher-level teaching assistant, said:

If you speak to the staff, they love the fact that the children are quite confident, are independent, are very well-behaved. I’ve been here for 13 years, before Mike was here. I’d say that behaviour has changed dramatically, because the children want these opportunities.

Fairclough’s unusual school has received quite a lot of attention. Some consider the school’s teaching methods a refreshing approach:

Amazing piece on @Channel4News about @westrisejunior and their refreshing approach to teaching! Check them out 🐃🐿🐟

@Channel4News @westrisejunior "building grit and resilience" – what a great report. A "must watch" for all those in education policy.

While others have condemned the school for killing animals:

But other responses have taken a different route altogether:

Why have they allowed a Game of Thrones character to be a headmaster?

Preparing our children for the post-#brexit economy is a great idea.

Regardless of public opinion, the school appears to be doing an incredible job in developing and nurturing young children. Behaviour is one of the most difficult things to handle in a school. A major study conducted on classroom disruption in 2014 revealed that bad behaviour in schools is much worse than than official reports. And 40% of teachers who develop mental health problems list poor behaviour as the cause.

Likewise, due to excessive cuts, many schools across the country have been forced to increase their class sizes. In many cases, there is a teacher to pupil ratio of 35 pupils or more. This causes problems not only for the teachers, but also for the children.

Unlike the government, who appear to employ people who’ve had very little experience in the sector they’re in charge of, West Rise Junior school teaches children from experience. Secretary State for Education Justine Greening, for example, only has a background in economics. Learning from experience was something perfectly summed up by headteacher Mike Fairclough:

Hi Jim. I haven't read one I can recommend. All of my thoughts are from personal experience, observations and my upbringing.

With the benefits of West Rise Junior looking to outweigh the negatives, more and more schools may look to change to their way of thinking. Sadly though, excessive cuts and existing pressures from the government will make it very hard for them to make these changes.

– Read other The Canary articles on education here.

– Write to your MP about the cuts to school funding.