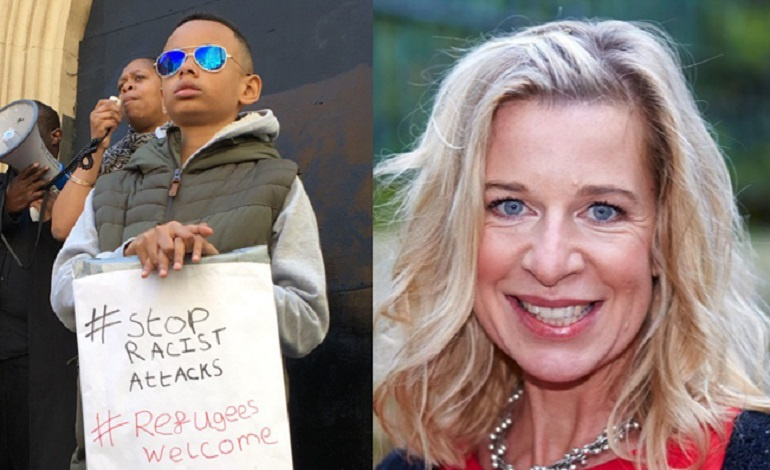 The centre of Croydon was brought to a near-standstill on Saturday 8 March, as the community came together to show unity after the attack on teenager Reker Ahmed. But not everyone was behind the action, with controversial Daily Mail columnist Katie Hopkins dismissing the turnout.

Ahmed, a 17-year-old Kurdish-Iranian asylum seeker, was waiting at a bus stop with two friends outside The Goat Pub on  Shrublands Avenue, Croydon on Friday 31 March. He was attacked by a group of up to 30 people. Ahmed was left with a fractured skull and spine and a blood clot on the brain after he was repeatedly kicked and punched. 13 people have been charged with offences including attempted murder and violent disorder.

The community in Croydon was left shaken and disturbed by the unprovoked attack on Ahmed. But on Saturday, various campaign groups organised a ‘Unity’ protest in the town centre, to show that “racist attacks won’t go unopposed”. And that the community, and society more broadly, will not be divided. 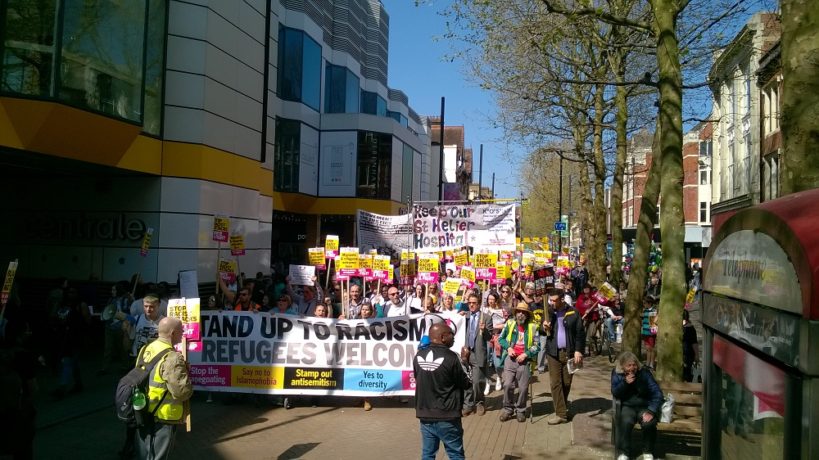 Paula Peters from DPAC gave a message of both hope, but also a call to fight the Conservative government:

But not everyone was as welcoming in Croydon. Several passers-by shouted abuse at the protesters. And the police attempted to stop the march from going onto the road. And Hopkins, known for her controversial views on asylum seekers and refugees, tweeted:

This did not, however, deter people. The march passed off without major incident. One striking moment was when the protesters were shouting “Say it loud, say it clear! Refugees are welcome here!”, in the shadow of Winston Churchill, who many believe to have been racist: 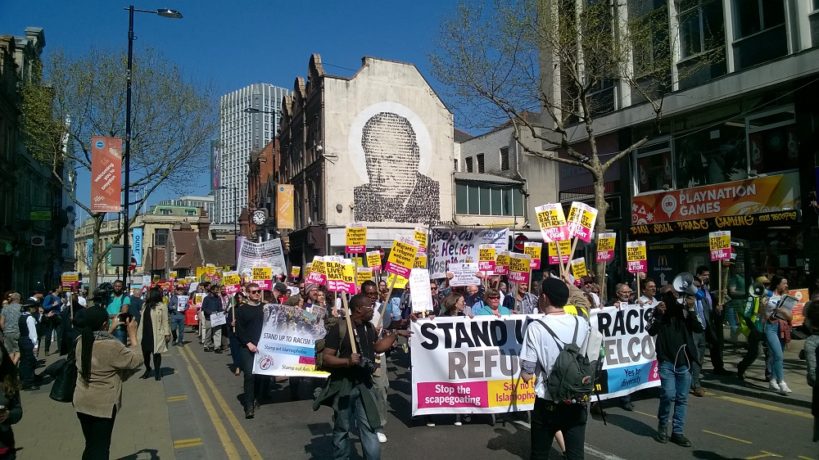 Shasha Khan and Elaine Garrod of the Croydon Green Party told The Canary:

We think the vast majority of people in Croydon are shocked and saddened by what’s happened. The thought that up to 30 people set upon one guy is horrific.

There’s been a definite rise in hate crime after the Brexit vote. We’re now a divided nation. It’s become more acceptable to have racist and xenophobic attitudes. But with more right wing governments, Nigel Farage and Donald Trump, people are less scared to just say what they think, and just come out with racist views.

Children also came out to show their support for Ahmed: 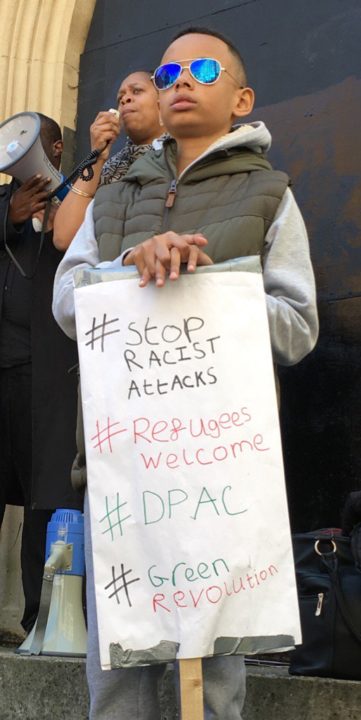 The protest came after anti-racist graffiti appeared across the town:

Graffiti backing refugees has appeared in #Croydon after a teenage asylum seeker was beaten up in a suspected hate crime. pic.twitter.com/5713dwq312

As The Canary previously reported, a group calling itself “Angry Croydonians” claimed responsibility for the graffiti. A press release seen by The Canary stated:

The public show of support for Ahmed is encouraging. But it still does not detract from the severity of what happened to that young man on 31 March. When we are living in a society where a group of young people feel, for whatever reason, that beating a person senseless is acceptable, then Britain may well be truly broken.