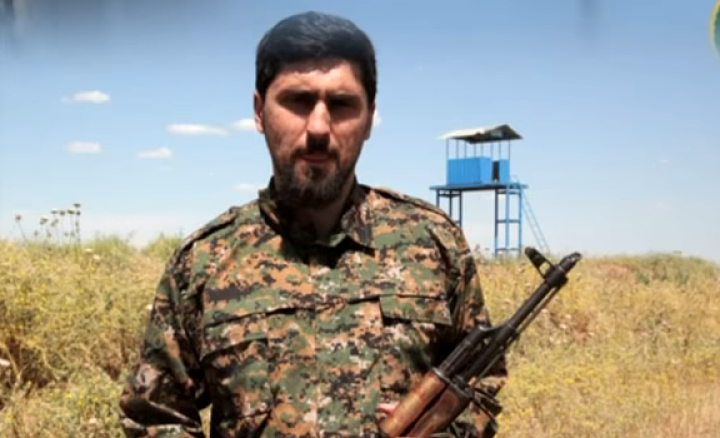 In a Channel 4 News interview (see video below), Bitcoin co-founder Amir Taaki talks about his decision to reject wealth and Western political conventions and opt instead for social revolution.

Taaki traveled to Rojava and joined with the YPG (Peoples Protection Unit), the main Kurdish militia in Syria, to fight Daesh (Isis/Isil), just as the latter was attacking the Kurdish city of Kobane. And he soon found himself at the front line of the fighting.

Taaki told Channel 4 News he had had enough of ‘button pressing’ politics, based on populism (he cites Brexit, Trump, and Corbyn). But he drew inspiration from a social revolution, unfolding in Rojava (the Kurdish region of northern Syria).

The Kurdish communities of Rojava have been creating a social revolution, based on workers co-operatives and feminist values. At the same time they have been at the forefront of the fight against Daesh:

The Channel 4 News also mentioned Kimberley Taylor, a 27-year-old from Lancashire, who joined the YPJ (Kurdish women’s militias) in late 2015. She is currently supporting the Rojavan forces as part of a combat media team.

The Canary has also reported on other British volunteers who travelled to Syria to help the Kurds – see here, here, and here.

Taaki compares these volunteers to people like George Orwell, who joined the legendary International Brigades to fight Franco’s fascists in the Spanish civil war: 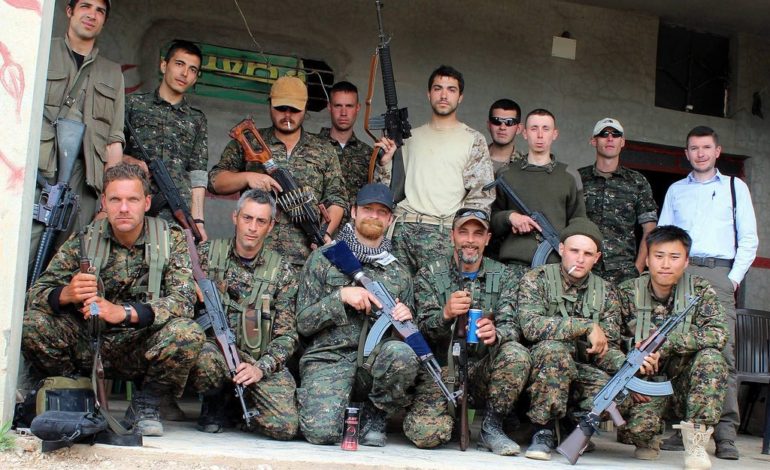 US versus UK support

Eventually, Taaki returned to Britain, having completed his active service. And although he and others have been arrested when they returned to the UK, so far none of those who fought alongside the Kurds have been prosecuted. Perhaps this is because the YPG and YPJ, as well as the Syrian Democratic Forces (a multi-ethnic army fighting Daesh) enjoy support from US special forces.

Meanwhile, Theresa May’s government is happy to continue arming Turkey despite president Recep Tayyip Erdoğan’s destruction of majority-Kurdish cities and towns in Turkey. And his ruthless crackdown on human rights, especially since the 2016 coup and the purge that followed.

Earlier this year, May signed a £100m jet fighter deal with Turkey. And between July and September 2016, the UK sold Turkey £26m-worth of armoured plate, body armour and helmets. As well as £8.5m-worth of aircraft, helicopters, and drones. And almost £4m-worth of licenses for missiles, bombs and “counter-measures”.

But despite the onslaught from Daesh and the British-armed Turkish forces, the social revolution in Rojava continues.

That social revolution in such a volatile region is even taking place, is a testament to the determination of the Kurds to fight for a more just society in the face of unbelievable odds.

– Join the Brits who have already cancelled holidays in Turkey. Support the boycott campaign here.

– Read about the West’s support for Turkey’s crackdown on its opponents.