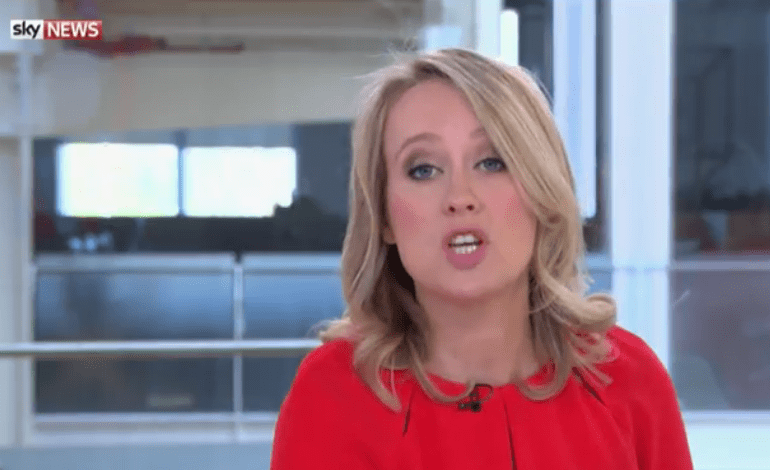 Anyone watching Sky News on Sunday 9 April may have a picture of Jeremy Corbyn that is nothing short of fantasy. The opening sequence to Shadow Chancellor John McDonnell’s appearance attempted to smear the Labour leader as antisemitic.

Sophy Ridge, host of the Sunday politics show, began the negative framing of the Labour Party:

We must condemn antisemitism wherever we see it. But the attempt to exploit the issue of anti-Semitism to damage Corbyn and Labour is also reprehensible. And it also distracts from the horrific rise in antisemitic hate crime.

The left has been grappling with wider allegations of antisemitism although an inquiry found that Labour is no worse than any other party.

The report, by an influential parliamentary committee, stated that “the majority of antisemitic abuse and crime” comes from the far right. And that there is “no reliable, empirical evidence to support the notion that there is a higher prevalence of antisemitic attitudes within the Labour Party than any other political party”.

After very briefly mentioning the report, the segment appeared to entirely ignore it. Out of the six people featured during the sequence, Sky News chose five that claimed Labour has a problem with antisemitism. Of those five, three explicitly linked antisemitism to Corbyn. Sky News spotlighted those comments unchallenged, despite the report and the Labour leader’s long history of anti-racism campaigning.

For example, one interviewee said:

I think they are frankly more concerned about Jeremy Corbyn than they are about Ken Livingstone.

Is this really the top story?

Antisemitism is a problem, but there is no evidence to suggest it pervades Labour more than other institutions. As Palestinian-American human rights lawyer Noura Erakat said:

And Labour, like every other organisation, must take any allegations of antisemitism seriously. And concerns from the Jewish community must be addressed. But in the context of Syria, Brexit, Trump, Gibraltar, alongside the UK’s domestic issues, should antisemitism specifically in the Labour Party be the flagship issue for Sophy Ridge?

Attempts to paint Corbyn as antisemitic will be especially infuriating to those who are aware of his history.

The Labour leader strongly opposed the apartheid regime in South Africa. And he was arrested outside the South African embassy for protesting against it. Corbyn has also consistently stood against other forms of discrimination. For example, he has consistently fought for LGBTQ+ rights since he entered parliament.

Appearing after the opening sequence, the Shadow Chancellor set the record straight:

We’re now led by someone who is possibly one of the foremost anti-racism campaigners in our political history… I think there’s antisemitism in our community and it will pervade all our institutions and we’ve got to root it out.

The one-sided Sky News report smeared the Labour leadership. It framed the rest of the interview negatively and obscured policies. It appears that corporate media outlets seem to be trying to associate Labour with antisemitism before the local elections in May. Let’s not let them get away with it.

– Read more from The Canary on the anti-Semitism smear campaign