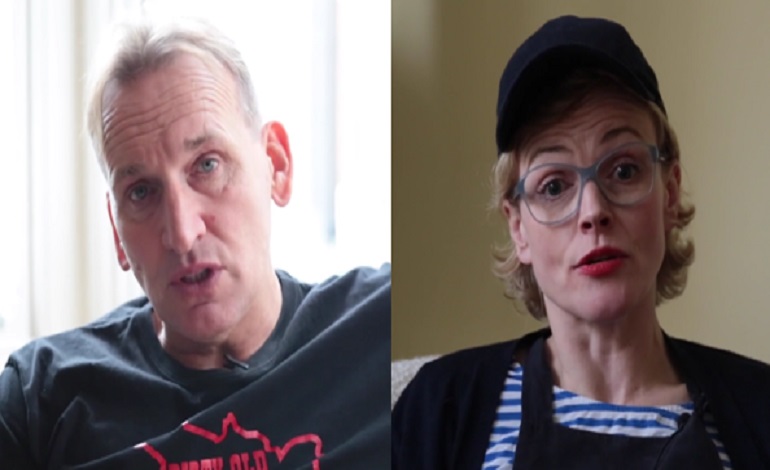 A new film is tackling the issue of class prejudice in the acting profession. And it’s doing it with some big names. But while the industry is viewed by many as one of ‘rags-to-riches’ stories, the truth is very different.

The Acting Class is produced by the film company Inside Film. It talks to struggling actors. Especially about the difficulties of not having the resources to “get in and get on in the industry”. The project started after films makers, Deirdre O’Neill and Mike Wayne, were introduced to actor Tom Stocks on Twitter. He started Actor Awareness, a campaign to raise awareness of the issue of class exclusion in the acting profession. He was moved to do something when he couldn’t raise the money to accept a post-graduate degree offer. And as O’Neill and Wayne told The Canary, Stocks inspired them to make The Acting Class:

We listened to Tom’s story and were impressed by what he was trying to do with Actor Awareness. We had made a film previously documenting the condition of the working class in Britain which had used theatre as a way of telling these stories. So we were already talking to actors about their aspirations and how difficult it is to succeed. The Acting Class seemed a natural continuation of that.

Research from the London School of Economics (LSE) backs up the idea that acting is a privileged profession. It found that 73% of actors came from the middle class backgrounds, but only 27% were working class. The analysis is even starker when compared to official statistics. These show only 29% of the UK are defined as having “middle class origins”. And the difference in earnings was also pronounced. Because when people of the same age, ethnicity and gender were compared, working class actors reported earnings of £11,000 a year less than middle class ones.

O’Neill and Wayne said of the problem:

Such statistics indicate that there is a problem out there and it has multiple dimensions. These include the Londoncentric nature of the business and how incredibly difficult it is becoming for people to live in the capital. It includes how dependent actors are reliant on the bank of ‘Mom and Dad’, and how many professional services with fees attached you need to pay for to get in and get on. For those from working class backgrounds who do manage to get work, it is very difficult to sustain themselves while juggling with other more regular jobs.

As they get older and their financial commitments increase, gradually the day job takes over and the aspiration to be an actor has to adjust to the reality. This is all part of a much wider problem. It is becoming increasingly difficult for young working class people who want to do any kind of professional and/or artistic work thanks to government policies that are making the arts once again the preserve of the rich – a luxury item.

If I can make it here…

The idea of The Acting Class was to build a broad picture from people in different parts of the industry. They contacted educators, academics, artistic directors, the former Head of the Arts Council, and actors. And also included well-known faces such as Christopher Eccleston, Maxine Peake, and Julie Hesmondhalgh. All of whom are actors from working class backgrounds. O’Neill and Wayne said that these three were “able to build their careers in an earlier period where there was more support”. And all three worry that if they were starting out now, they would be far less likely to succeed. As O’Neill and Wayne said:

There is a general agreement from the people we spoke to that success is currently linked to your financial resources. We have spoken to actors outside London and to actors who have given up, who could not continue with the hand to mouth existence they were leading. But just think about Eccleston, Peake, and Hesmondhalgh’s comments. The cultural landscape would not be the same without the contribution of actors from outside the private school-Oxbridge nexus. How many other potential great actors are not now being given a chance because the barriers are getting higher?

O’Neill and Wayne say the issue of classism in the acting industry is an important one. Because so often, the arts paint the cultural portrait of this country: whose voices are heard, whose stories are told, whose experiences and values get some sort of airing. And if the profession is dominated by the middle classes, then a:

And what this will do is stifle conversations and narratives; silencing the stories of many people who live in the UK. O’Neill and Wayne said:

It is important that there is diversity across the board in terms of class, race, gender, disability and sexuality. But we are going to struggle to get that diversity, especially in terms of race – given the correlation between race and poverty in this country – if people from working class backgrounds are being shut out. One of the things we have discovered is that people are much more aware and willing to acknowledge or at least try and address the problems of, say, ethnic minorities and gender than they are of class.

While today it would be quite unacceptable to have a white person playing Othello, it is quite normal for people from privately educated backgrounds to get to play working class characters. Now we appreciate that that is what acting is about, being someone you are not, but it is not reciprocal generally. There is much less opportunity for working class actors to ‘act up’.

Classism is a controversial subject. Successive governments have claimed to focus on ‘social mobility’. But the reality is often far from this, no matter what the profession or lifestyle. And in the acting world, it is perhaps even more obvious. As for most of us a day doesn’t go by where we’re not exposed to the industry. Be it on TV, film, radio, or online. And O’Neill and Wayne say that the industry is loathe to act:

What we have noticed is that people are quite resistant to discussing class and this is true not only within the profession but more widely. We have read recently that quite high profile actors from quite privileged backgrounds have been dismissing the problem. Very often when you raise the question of class barriers you get accused of being obsessed with class, as if drawing attention to the issue is part of the problem! But class is not just a set of unfortunate attitudes that will go away if we pretend that everyone is equal or has an equal opportunity. Class is institutional and entrenched in this society.

But with The Acting Class O’Neill and Wayne hope to start a conversation. One about a problem plaguing both the acting industry, and the world more broadly. It’s refreshing to see classism being openly discussed; especially in an industry that impacts on nearly everyone’s daily lives. As far as working class projects go, The Acting Class is one of this year’s most exciting so far.

Watch the trailer of The Acting Class:

– Donate to The Acting Class crowdfunder.