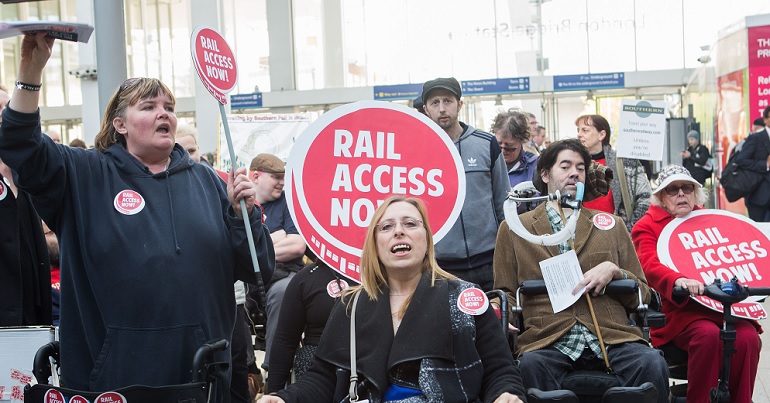 A disabled person has taken to Twitter to recount his ‘malicious’ experience on public transport. Sadly, for many disabled people, their experience will be all too familiar.

Jamie Hale is a poet, artist, writer and activist. On Tuesday 10 April, they were attempting to get back to Lewisham from central London. But their journey was nothing short of chaos. So they took to Twitter to document it.

You can see Hale’s complete Twitter thread on their experience here. But it began:

Hale then recounted their experience with South Eastern Railways: 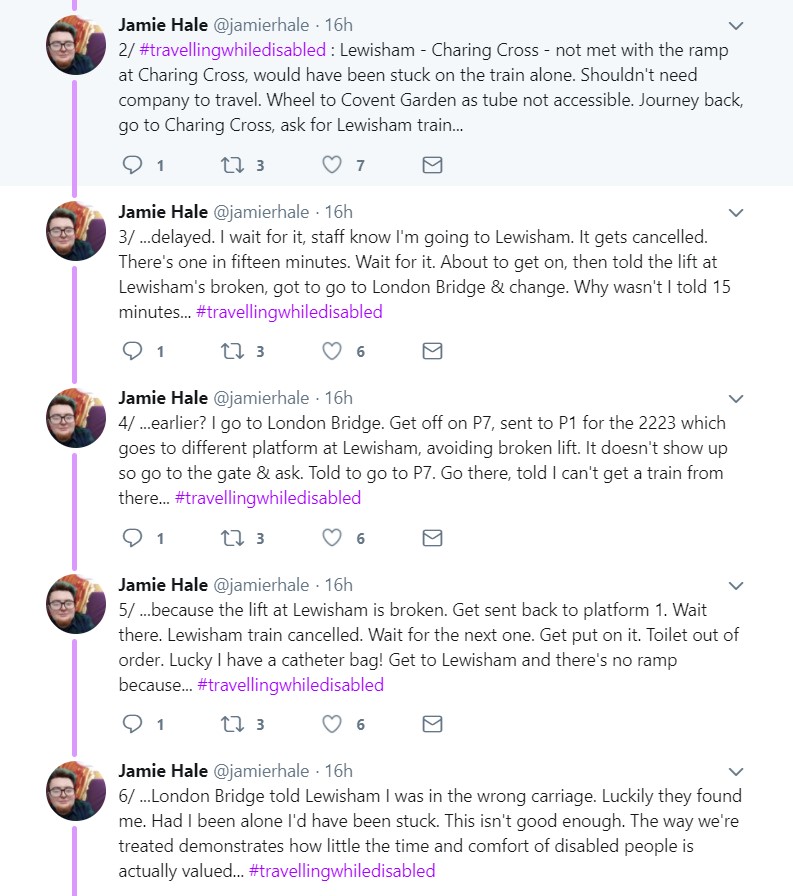 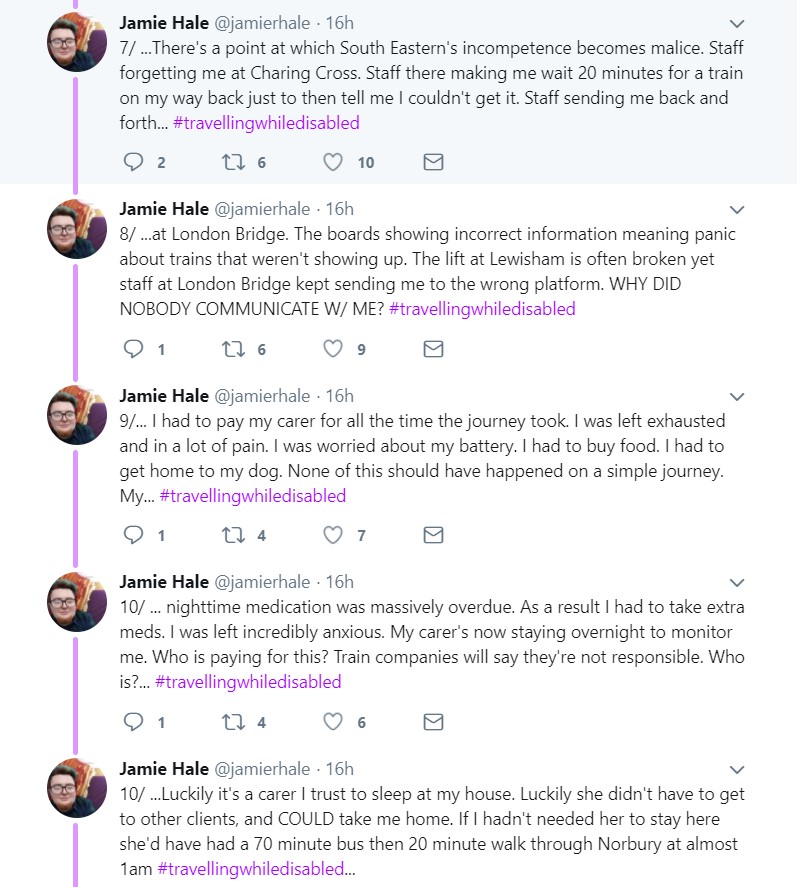 The Canary asked South East trains for comment. It said:

We’re very sorry to hear that Jamie experienced such an uncomfortable and unpleasant journey. Unfortunately, from time to time, facilities like a lift can go out of service. When this happens we work with the passenger to make alternative arrangements, depending on their specific needs and for reasons we’ve yet to establish, this didn’t happen. We are looking into what happened on Tuesday evening as a matter of priority and we will be in touch with Jamie.

Hale summed up by saying:

Their experience reflects a public transport system still not fully accessible for disabled people. The Canary previously reported on Dave McQurik, who had to drag himself from his wheelchair onto a train due to the lack of accessibility offered by South West trains. But the nationwide situation is dire.

Disabled people: thrown under a bus

Campaign groups Disabled People Against Cuts (DPAC), Transport for All (TfA) and the Association of British Commuters (ABC) have all been raising awareness of the lack of accessibility on the UK’s public transport networks. The figures speak for themselves: only one in five national rail stations, a quarter of tube stations, and around half of London overground stations have step-free access.

The three groups have also been supporting the ongoing industrial actions by trade unions over ‘driver only operated’ (DOO) trains, which on some services would mean disabled people having to book support at stations 24 hours in advance; something the groups claim would breach the Equality Act 2010.

Unfortunately, Hale’s experience looks well like it could be the rule, not the exception. It is staggering that, in the UK in 2018, disabled people are still having to fight for the most basic of rights, like accessible transport. But then, with a government accused by the UN of committing “grave” and “systematic” violations of disabled people’s human rights, it’s of little wonder.

– Find out more about DPAC’s day of action against Universal Credit on 18 April.