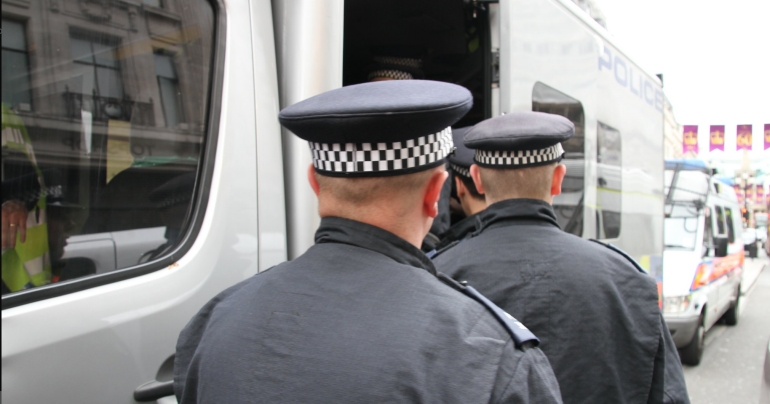 The increase in police stop and searches during lockdown disproportionately impacted ethnic minorities, according to analysis.

Police were more likely to stop and search Black and Asian people across multiple regions of the UK since the beginning of the pandemic. Many of these stops resulted in no further action.

Speaking about the figures, Kevin Blowe, coordinator of the Network for Police Monitoring (Netpol) told the Canary that:

This was racial profiling on an enormous scale.

Blowe further argued that the figures show the need to rethink our attitudes towards crime and policing:

Like campaigners in the US, there is a need to start looking at alternatives that might actually work in breaking the cycle of crime or preventing it completely, rather than just seeing arrests and locking people up as the only measure of success.

Speaking to the Guardian in August, Race on the Agenda chief executive Maurice Macleod said:

These latest statistics are worrying. They show that as reported crime fell during lockdown, police officers have had more time to work proactively and that this proactive work seems to have resulted in a huge spike in stops.

The increased proportion of stops that result in no action suggests that stops are being carried out based on officers’ pre-existing biases rather than on genuine suspicion of criminality. As lockdown regulations ease, there is a real risk that the increasingly disproportionate use of these powers will further damage relations between the police and some of London’s communities.

In West Yorkshire, analysis found that people being stopped and searched from BAME backgrounds increased from 37.26% in April 2019 to 41.67% a year later.

In the West Midlands, figures show 500 more stop and searches were carried out from April to June 2020 than in the same period the year before. Despite only accounting for around 10% of the West Midlands population, Asian people accounted for more than a thousand of the 5,911 searches carried out during this period.

Stop and search figures have increased in the past couple of years. For the year ending March 2020, 577,054 searches were executed. Police were nine times more likely to carry out searches on Black people.

In September 2020, ministers attempted to expand stop and search powers. Proposals suggested allowing police to search people formerly convicted of knife possession without any suspicion they were reoffending.

This came despite scrutiny of police forces in the wake of the Black Lives Matter protests. Activists called for commissioner Cressida Dick to step down, with one protestor saying:

Until [Dick] acknowledges that there is a problem – that racism exists and some officers are in it for the wrong reasons – the structures of the organisation will allow it to continue.

A report by Netpol concluded that the way police have responded to lockdown regulations and Black Lives Matter protests was affected by racism.

Under the cloak of the first lockdown and with public scrutiny focused more on fixed penalty notices for alleged breaches of coronavirus regulations, the police began to systematically target young black men for drugs-related searches, often very aggressively.

This was racial profiling on an enormous scale. In Netpol’s view, it was a vital factor to the rebirth of the Black Lives Matter movement in Britain at the end of May 2020 and the involvement of so many young people who had never protested before. The protests were never solely about the death of George Floyd, but about racist policing on our streets too.

Metropolitan Police Commissioner Cressida Dick’s assertion that the Black Lives Matter protests offered “important lessons”, whilst simultaneously defending stop and search and remaining adamantly in denial of institutional racism within her force, shows that policing in Britain is incapable of transforming itself from within.

The figures are stark. And it’s clear that radical action is needed if we ever want to address the institutional racism that exists in police forces across the UK.