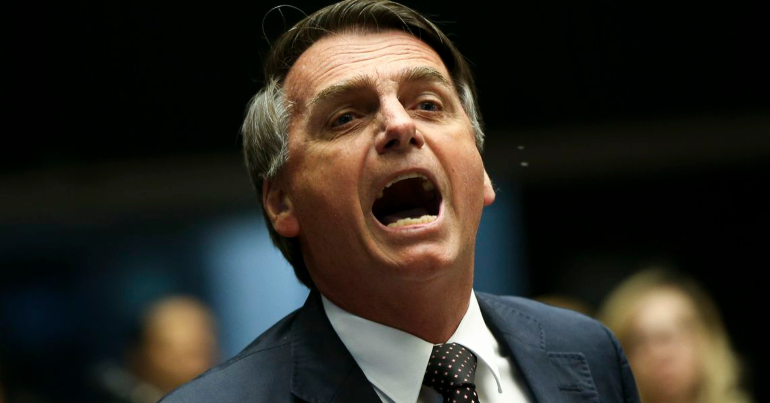 On 1 November, Brazil’s far-right president-in-waiting Jair Bolsonaro appointed controversial judge Sérgio Moro to serve in his cabinet. And this act essentially signaled the start of Bolsonaro’s campaign to crush the Brazilian left.

An assault on the left

Bolsonaro won the presidency on 28 October in the second round of voting. He defeated the centre-left Workers’ Party (PT), which had held the presidency from 2003 until the controversial removal of Dilma Rousseff in 2016.

Speaking about his left-wing opponents (and particularly PT politicians), Bolsonaro previously insisted: “Either they go overseas, or they go to jail.” He also reportedly said:

Moro will reportedly head a “super ministry”, which will combine the justice and public security portfolios into one ministerial position. He rose to fame while serving as the judge in the highly controversial trial of former president Luiz Inácio ‘Lula’ da Silva, who was the PT’s original candidate to fight this year’s election. Polls overwhelmingly projected him to win. But the Moro-led court convicted him in alleged connection with a large, region-wide corruption scandal known as ‘Operation Car Wash’. It sentenced him to 12 years in prison, which made him ineligible to run for the presidency.

Many Brazilian and international commentators argued that the proceedings against Lula were heavily biased, politically motivated, and tainted with foul play. Under Moro’s instructions, for example, the court subjected Lula’s defense team to intimidation and phone tapping. Moro even leaked some of the recordings to the prosecution and the press. The court also based its entire case against Lula on the testimony of just one person – a convicted criminal who stood to gain from the affair. Prosecutors coaxed him with the prospect of a reduced sentence in exchange for his testimony.

The grand inquisitor [Moro] organizes, supervises the searches and procedures and arrests, forms his or her own opinions and then judges

Lula’s lawyers, meanwhile, have described this use of the legal system to pursue campaigns against political opponents as “lawfare“.

Moro’s appointment to Bolsonaro’s cabinet has confirmed the suspicions of critics of Brazil’s justice system that the case against Lula was indeed politically motivated ‘lawfare’.

And it’s not the first time Brazil’s elites have targeted the left with dubious tactics, either. Because in 2016, Brazil’s politicians (almost half of whom would be investigated in relation to ‘Operation Car Wash’) ousted Lula’s successor, Dilma Rousseff, in what supporters have described as a “soft coup“. The case wasn’t about corruption accusations, but about technical budgetary irregularities. A leaked recording later showed that the ouster was a calculated move on the part of political opponents to prevent investigations into their own actions.

Moro’s appointment comes at a time when Brazil’s press has already reported multiple acts of political violence against social activists, journalists, and members of the LGBTQ+ community. Bolsonaro’s critics call him a fascist, and he has a long record of implicitly lending legitimacy to such acts of violence. He has made numerous homophobic, sexist, and racist remarks; praised Brazil’s murderous military dictatorship; and even indicated support for torture. Shortly before the election, a manifesto from Noam Chomsky and other intellectuals and activists described Bolsonaro as a “fascist, racist, chauvinist and homophobic candidate, one who calls for violence and armed repression”.

– Support grassroots action against far-right activities in the UK. And read The Canary‘s extensive coverage of such activities.