Revealed: the MPs receiving thousands of pounds in gifts from the gambling industry - Canary 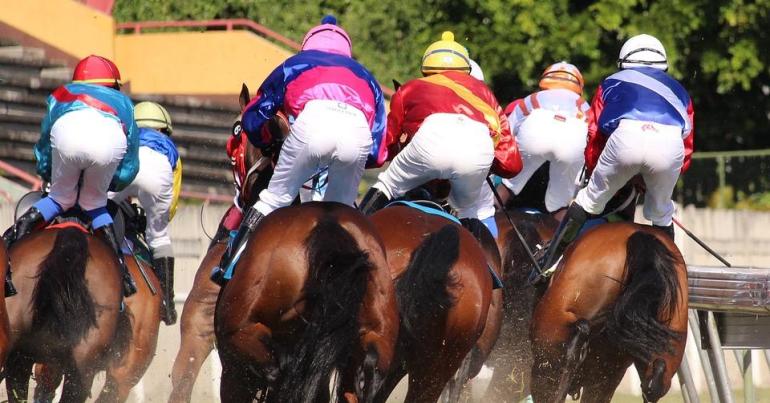 The House of Commons has come under scrutiny this week over ties to betting firms. It follows a delay in the roll-out of potentially ‘life-saving’ restrictions to fixed-odds betting terminals (FOBT).

The Canary has found that in the last 10 weeks alone, over £5,300 worth of gifts from the gambling industry were registered by MPs. These include two gifts from SkyBet worth £1,020 each. There were also six gifts registered from William Hill, with values ranging from £280 to £650.

Former sports minister Tracey Crouch resigned from the cabinet this week over the delay of changes to FBOT.

The machines have been labelled a problem gambler’s “crack cocaine”. Sitting in bookmakers across the country, the machines currently allow users to bet up to £100 per spin. Crouch led a review which resulted in the maximum stake being reduced to just £2.

But in the budget, chancellor Philip Hammond announced the enforcement of the changes would be delayed by six months to October 2019. This will allow bookmakers to rake in an estimated extra £900m.

In her resignation letter, Crouch claimed those with “registered interests” may have had a hand in the decision. There was cross party praise for the MP’s stance. The Archbishop of Canterbury also commended the former minister.

In 2017, it was revealed that sports and betting companies are the most regular donors to MPs.

The Canary has found that in October 2018, over £2,000 in gift packages from betting firms were registered by MPs. Conservative MP Lawrence Robertson, and Labour’s Stephanie Peacock and Louise Haigh, all received days out worth £560 from William Hill. SNP MP Gavin Newlands also received a £325 day at the Ayr Gold Cup from the company.

A BBC investigation discovered that 13% of all sports donations since the 2017 general election have come from bookmakers.

Conservative MP Philip Davies was forced to deny claims he influenced the government over the delays in FOBT restrictions. The Shipley MP has consistently spoken out against lowering the limits. Since the general election, Davies has enjoyed £5,759 in free sporting tickets.

Labour MP John Grogan, who received tickets and hospitality worth £1,020 from SkyBet, told The Canary such events would not remove his “critical faculties”. Grogan said:

Gambling is an important industry in our country which if well regulated can provide a lot of people pleasure and others employment . I was one of the earliest critics of aspects of the Labour Government’s Gambling Act such as the proposal for super casinos. Attendance at one of Yorkshire’s premier sporting days out as a guest of a large Yorkshire employer will not remove my critical faculties.

Below is the full list of gifts declared on the Register of Members’ Financial Interests. The Canary contacted all MPs named for comment. 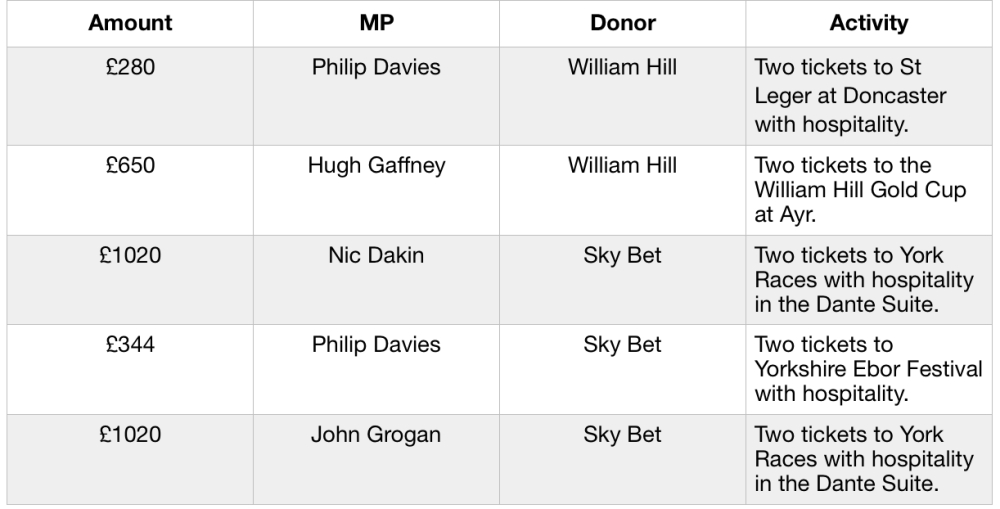