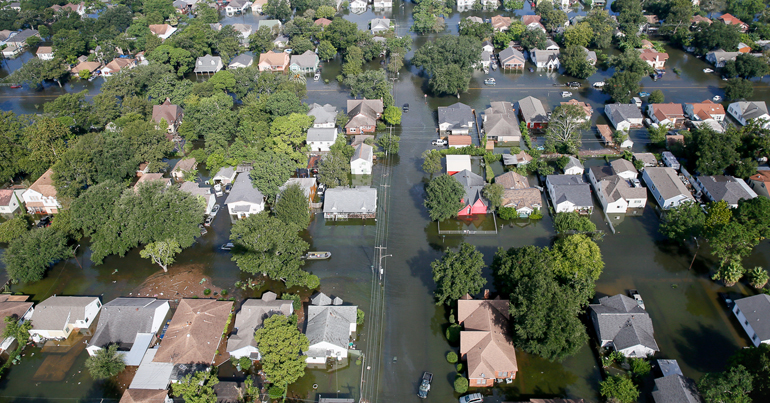 A new climate change group is taking on the mainstream press in a bold new way. EndClimateSilence.org, is a digital activism group comprised entirely of volunteers. It’s encouraging journalists and politicians to explicitly state the links between extreme weather and climate change.

The undeniable link between extreme weather and climate change

EndClimateSilence.org is targeting under-reported links between climate change and the rise in extreme weather events. Instances of destructive wildfires, floods, hurricanes, and droughts are increasing around the globe. As Scientific American reports, the rise in global temperatures is affecting their frequency and severity:

A report published by the Met Office on 1 November is just the latest study to show the link between the climate and destructive weather.

The majority of mainstream media coverage often neglects to explicitly state the links between climate change and extreme weather. As a result, EndClimateSilence.org seeks to address this serious shortcoming, one journalist at a time. The group states that the silence from the media on the issue needs to end:

These stories are all around us. The media reports on them every day. But they fail to connect what’s happening to climate change. During the global heatwave of summer 2018, only 11.3 % of newspaper articles and 7.1% of television news segments about the heat mentioned climate change or global warming. Even fewer said that global warming is caused by human carbon dioxide pollution.

As part of its campaign, the group is calling out journalists and politicians on Twitter who do not accurately cover climate change. But the group also makes a point of praising and signal-boosting those who provide accurate coverage.

The media's surreal and disturbing silence on #climatechange must end. The time to act is NOW!

The trend is due to #ClimateChange. https://t.co/wpz3aoSxkv

We are wondering if you already know this but just are not saying the words?

It is life-or-death for the media to #EndClimateSilence now. pic.twitter.com/puweSLqQzV

Part of #climatesilence is the media's silence on the fact that half of all vertebrates have died out in the past 50 years.

That life on our only planet is dying out with astonishing speed is not just a science story.

The group is paying particular attention to the United States midterm elections. According to EndClimateSilence.org, the 2016 presidential debates didn’t feature a single question about climate change. Therefore, the group is highlighting politicians who are campaigning on the issue:

And thank you again to @tmj4 and @mcteich for asking the question. Wisconsin's children are in your debt! ? https://t.co/NAGjQPRPH7

The start of something bigger

While the group is focusing its efforts on the American midterm elections and the mainstream media, it has larger plans for the future. According to the group’s founder, Genevieve Guenther, calling out journalists on Twitter is only the start. The group wants to develop and strengthen lines of communication between journalists and scientists. It also plans on working with schools and colleges to help foster a new generation of climate aware journalists.