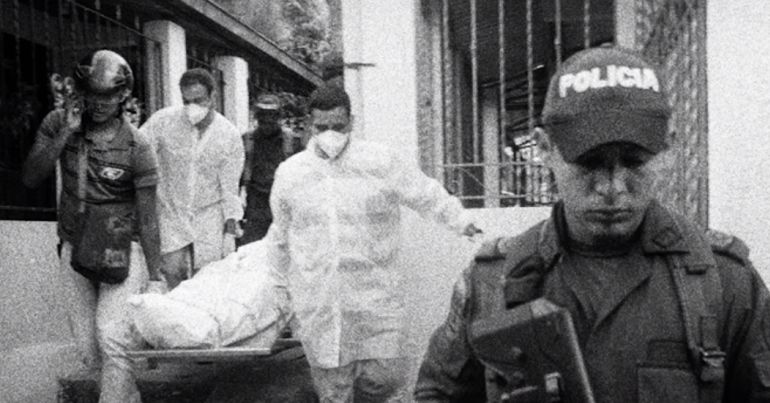 Two years after the ratification of a historic peace agreement between the Colombian state and the FARC (formerly Colombia’s largest guerrilla insurgency), social leaders are still being silently massacred at the rate of almost one per day.

Between 1 December 2016 and 25 October 2018, Colombian conflict monitoring organisation INDEPAZ recorded 416 murders of social leaders. An additional 78 former guerrilla combatants have been killed since November 2016. And under new hard-right president Iván Duque, the situation appears to be getting worse.

A history of murdering social leaders

For over half a century, a war against Colombian civilian life has raged alongside the war against Colombia’s left-wing guerrilla insurgencies. In the 1960s, the US initiated counterinsurgency training in Colombia. As I previously detailed at Colombia Reports, this largely meant targeting anyone perceived to be sympathetic to the guerrilla groups. As a result, right-wing paramilitary groups targeted social leaders – trade unionists, community leaders, and human rights organisers – with a violent campaign of dirty warfare.

The ‘dirty war’ was largely designed to contain any threat to US economic interests in the developing world. While communist insurgencies presented one threat to US dominance, so too did democratic movements pursuing policies of independent development.

The legacy of this counterinsurgency campaign remains rife in Colombia.

Since the inauguration of Iván Duque in August, 62 social leaders have been assassinated. That amounts to roughly one per day. According to INDEPAZ:

With the arrival of the current government, there has been an erosion and stagnation in the dialogue with civil society organizations.

While Duque has claimed that “we will do everything necessary” to curb the escalating violence, his actions don’t appear to match his words.

At the same time, anyone who lived through the administration of President Belisario Betancur (1982-86) will notice worrying similarities today. Betancur initiated a peace agreement with the FARC, and allowed demobilised guerrillas to participate democratically through a new party named the Patriotic Union. But after the FARC’s demobilisation, paramilitary groups hunted and killed over 4,000 of the party’s members and leaders.

In short, the lack of government dialogue with social organisations and the impunity those targeting them receive have longstanding historical precedents in Colombia.

“It is better to be silent to stay alive”

we are worried that for those of us who support peace, it could cost us our lives.

This is highly problematic. Because when a state doesn’t secure a safe space for civil society organisations to operate in, armed opposition can begin to appear like the only available option. And as long as this is the case in Colombia, the prospects of peace will remain incredibly fragile.

The UK has a long history in Colombia too, so it’s not a situation Westminster can wash its hands of. Rather than encouraging post-Brexit trade deals or selling arms to the Colombian state, Britain could and should use diplomatic pressure to help stop the silent massacre of Colombia’s social leaders.

– Read more of our coverage of Colombia and Latin America.