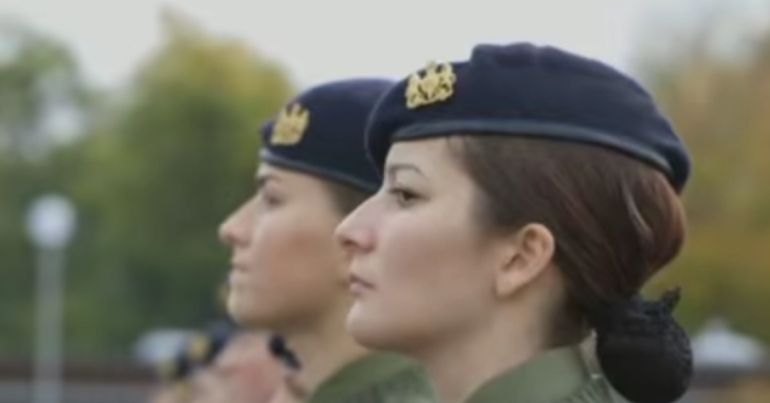 The British Army is up to its old tricks again. This time using progressive language to indoctrinate girls aged as young as 14.

On 16 February, the first of a series of ‘Virtual Female Leadership Events‘  was aimed at 14-16 year old girls. The next event, on 18 February, will feature business leaders from the North East of England. The area is a traditional recruiting ground for poor and working class kids and home of the military formation running: 4th Infantry Division, the so-called Black Rats.

The program is being sold as “three INSPIRATIONAL, EMPOWERING, FEMALE discussion events”.

We are holding a number of virtual female leadership events across February. Check out the details below for more information. pic.twitter.com/jBcaqmKv7d

Peace Pledge Union (PPU) first spotted the events being marketed through the Black Rat’s official Twitter and addressed the events in a press release:

The army appears to have taken advantage of the fact that most young people are not in school by organising the Zoom events in the middle of the day. After today’s event for 14-16-year-olds, there will be other Zoom events aimed at women in the their late teens and early twenties.

PPU pointed out that recruiting does not simply mean getting people to join. It also means normalizing a military mindset:

The Peace Pledge Union said that military events of this sort may persuade small numbers of people to join the armed forces, but that they could recruit a much higher number to a militarist mindset. The UK is the only country in Europe to recruit people as young as 16 into the armed forces.

Little is made in the marketing campaign of the specific issues for women and girls which can arise from military service.

A number of PPU members raised their concerns in the press release, including a 17-year-old named Farah:

Research found that one in seven women in the British armed forces had experienced a ‘particularly upsetting’ experience of sexual bullying. In 2016, a female army officer was recorded telling women joining up that they ‘should all be aspiring to meet the male standard’. This toxic and male-dominated environment will never be somewhere I turn to feel empowered as a young woman.

Another PPU member who has a 15-year-old daughter said:

If the army were to start grooming my teenage daughter during a pandemic with the false idea that she can be treated as an equal in a highly sexist institution, I would be extremely worried. Young people are being bombarded with the narrative that they will struggle to find work in the coming years. We need to focus on their confidence, let them know that they can still achieve their dreams despite the pandemic. Luring them into signing their lives away under false pretences is vile.

The armed forces monitor ForcesWatch points out that the military’s own sexual harassment report for 2018:

admits that harassment in the military is still being underreported. Less than half (46%) of service personnel who had an upsetting experience told someone at work about it. Unfortunately, three-quarters (75%) of people who made a formal complaint said they suffered negative consequences as a result.

Nine in 10 service personnel said they had thought of leaving the Army, had lost respect for the people involved or felt humiliated due to the experience. As the report attested, service personnel want more education on unacceptable behaviour to help reduce and prevent the rate of sexual harassment in the military.