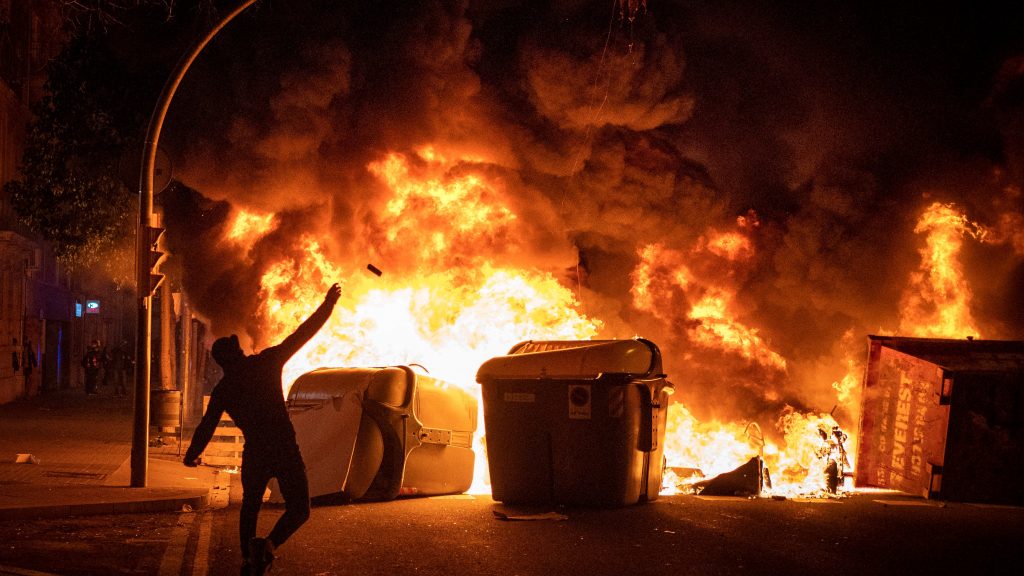 Protests over the imprisonment of a rapper convicted of insulting the Spanish monarchy and praising terrorist violence were marred by rioting for a third successive night on Thursday.

The plight of Pablo Hasel, who began a nine-month sentence in a north-eastern prison this week, has triggered a heated debate over the limits of free speech in Spain and a political storm over the use of violence by both the rapper’s supporters and the police.

The ruling coalition’s junior partner, the far-left United We Can (Unidas Podemos) party, on Thursday filed a petition for a “total pardon” for Hasel and another rapper, Valtonyc, who fled to Belgium in 2018 to avoid trial on charges of “glorifying” terrorism.

But potentially deepening the tension, court authorities in the north-eastern Catalonia region announced Hasel lost a recent appeal and is looking at an additional prison sentence of 2-1/2 years for obstructing justice and assault in 2017. The sentence can be appealed again before the country’s Supreme Court.

Like the two previous nights, the protests began on Thursday with large gatherings in several cities that were, at first, mostly peaceful.

Dozens then broke off from the main group to set alight a barricade of trash containers and a construction skip that blocked a main city artery, hurling stones, bottles and other objects at riot police.

There were moments of tension as flames threatened to extend to nearby buildings before firefighters arrived.

In the eastern coastal city of Valencia, police used batons to disperse protesters and arrested at least eight people, according to the Spanish government’s regional delegation.