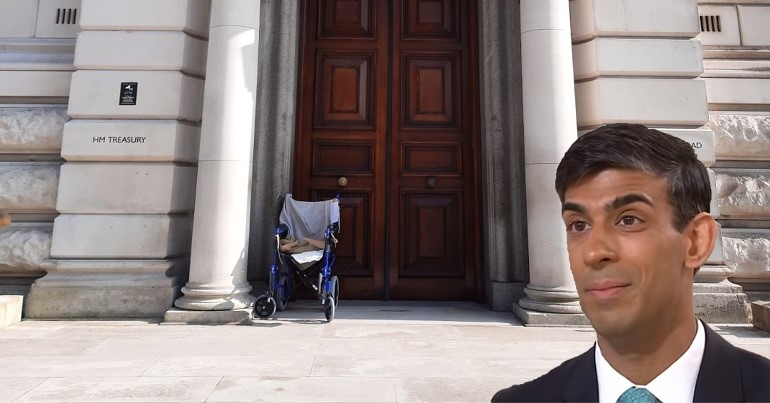 Rishi Sunak and the Treasury just refused to listen to sick and disabled people. Because a campaign group tried to deliver the stories of dozens of them to Sunak’s office. But it refused to take them; damning, really – given the Department for Work and Pensions (DWP) did.

Disabled People Against Cuts (DPAC) is a grassroots campaign group. It’s been vocal about the government and Sunak’s response to the coronavirus (Covid-19) pandemic. Notably, DPAC has been campaigning around the £20 a week Universal Credit uplift. It’s been calling for this rise to be applied to so-called legacy benefits. This is because the DWP didn’t give people on things like Employment and Support Allowance (ESA) any extra money.

As The Canary reported, DPAC and two other groups held a day of action on 6 February. It was about the £20 uplift. But it also showed Sunak’s lack of support for people on legacy benefits. The groups then held a second day of action on Monday 1 March. But this time DPAC took its action one step further.

As it tweeted, it paid a visit to Sunak and the Treasury:

It wrote on its website that part of its action was collecting testimony from people affected by social security. These included comments from people on legacy benefits, about how the lack of extra financial support has hit them:

We did two things with these: 1) compiled a document combining lived experience with key findings from recent reports evidencing the need to retain and extend the uplift… 2) Printed them all out (anonymously), placed them in individual envelopes in a postage sack and arranged for a courier (paid above London Living Wage) to deliver them to the Treasury for us.

But DPAC again went further than this.

we weren’t sure that even 190 letters and testimonies would get the message through.

So we created some very basic education tools in the form of wheelchairs to which we attached items and explanatory tags representing the essentials that disabled people are having to go without due to the financial pressures of the pandemic, including a blanket (heating); an incontinence pad (bathing, laundry and medicines); a face mask (PPE); an empty packet of cuppa soup (nutritious food) and an empty purse (enough money to live on). 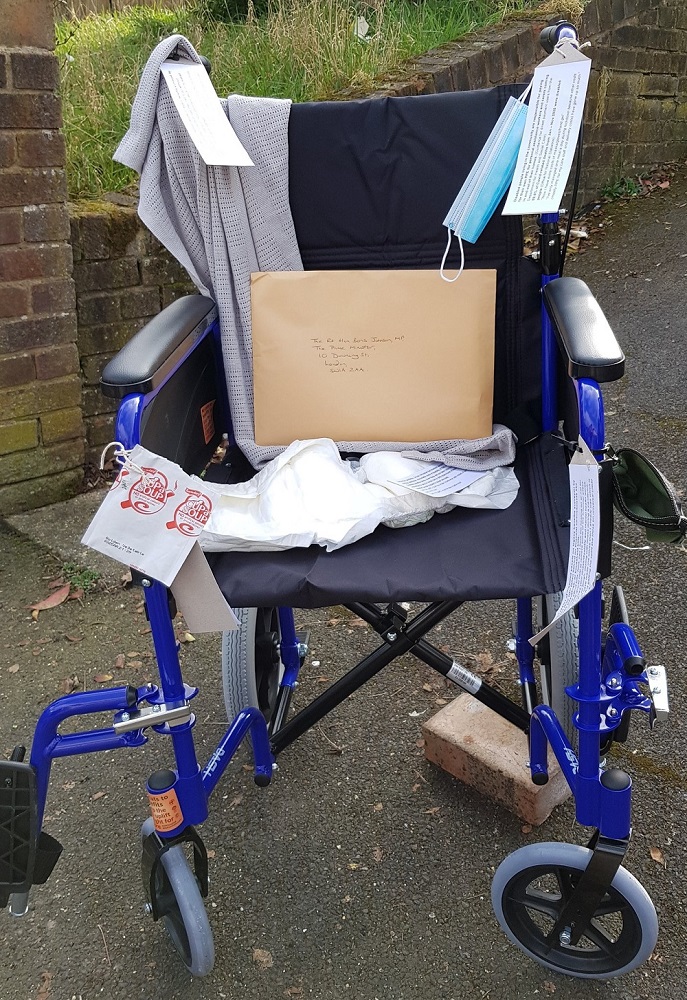 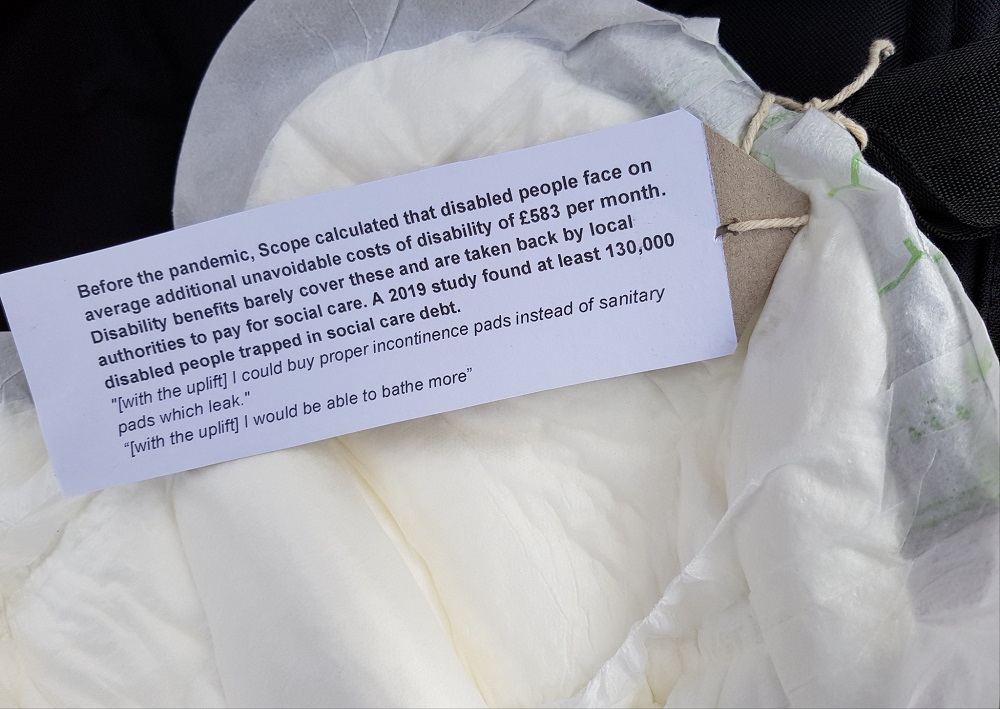 But it wasn’t just Sunak that got DPAC’s delivery. The group also sent the same things to Downing Street and the DWP’s office. But none of them would take the wheelchairs and their contents. Curiously, the DWP was the only place that took DPAC’s collection of testimonies.

Sunak and Co: leaving disabled people “out in the cold”

So, we shouldn’t hold out hope that Sunak et al will heed the message DPAC delivered. As it said:

The resounding impression of the afternoon is that once again the Tories are leaving disabled people out in the cold and assuming they can get away with it.

Early reports say Sunak will keep the Universal Credit uplift. But they don’t say if he’ll do anything for legacy benefits. So, many sick and disabled people will once more be left in dire straits.