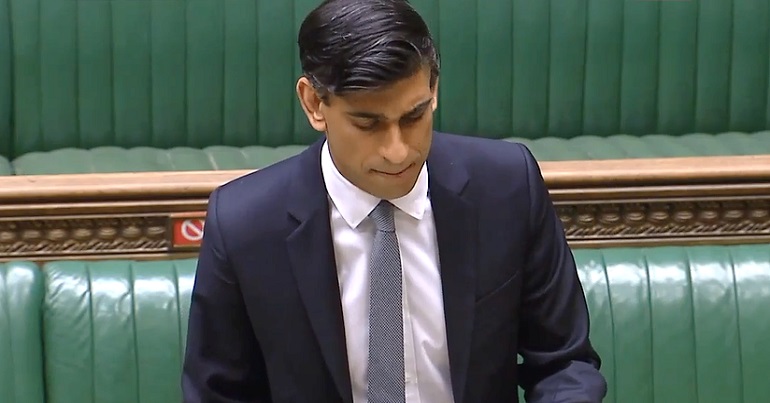 The chancellor confirmed in his Budget on Wednesday 3 March that the £20 uplift to Universal Credit would stay. But as the Mirror pointed out:

This is because Sunak has only put the £20 increase in place until September. As the Mirror noted:

That means millions of Brits face a new ‘cliff-edge’ in Autumn.

It’s understood the Chancellor expects the £20-a-week to end in a brutal cut-off for millions of families.

The Canary previously reported on how some research called the £20 uplift “inadequate” anyway. It found that people were still financially struggling on Universal Credit. This was even with the extra money. But there are over one million people who have had no extra support at all. And Sunak did nothing in the Budget for these people.

Some people still claim so-called ‘legacy benefits’. These include Employment and Support Allowance (ESA). And the government has not increased their social security payments in line with the Universal Credit/Working Tax Credits uplift.

The Oldham Times reported there are 2.2 million legacy benefit claimants, and that “three quarters of these are disabled people”. The campaign group Disabled People Against Cuts (DPAC) has been vocal about this issue. It’s been collecting stories from people on legacy benefits about how the lack of extra support has hit them. DPAC shared what some claimants think £20 extra a week could do for them. Their responses were stark and damning.

The most basic needs not met

These are basic needs many people would take for granted. But for people on social security like ESA, Sunak’s inaction and lack of support has left them in an appalling situation; deprived of fundamental things.

A “human catastrophe” that has never stopped

DPAC said in a press release:

The government often claims to protect what it calls ‘the most vulnerable’ but once again it is precisely those who are ‘most vulnerable’ whose needs are being ignored. This has created a two tier social security system, giving the distinct impression that disabled people’s suffering is of no concern to this government… the government has absolutely no interest in even knowing what the right thing to do for disabled people is.