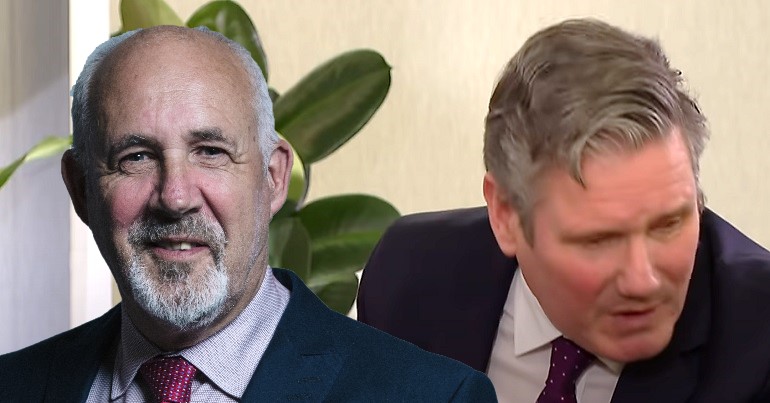 A backbench Labour MP has made a video about the coronavirus (Covid-19) pandemic. Its narrative and analysis have shamed Keir Starmer’s response to the crisis. Because it highlights in under two minutes the ‘tale of two Covids’. It’s the story of how rich people have made a killing while the rest of us suffered.

A Tale of Two Covids: us…

Jon Trickett has been the Labour MP for Hemsworth since 1996. On Thursday 11 March, he put out a short video. It was called A Tale of Two Covids. In it, Trickett showed how the pandemic has affected people differently. And the video clearly highlights how for many of us, coronavirus has been a disaster.

Trickett highlighted how the NHS has:

Then, he moved on to workers. Trickett noted that there are:

He also detailed the effect of the pandemic on communities:

Trickett then turned his attention to who had benefitted from the pandemic.

Of course, all this is the tip of the iceberg. For example, six out of ten Covid deaths have been disabled people. The number of destitute households has more than doubled. Meanwhile, the number of so-called “dollar millionaires” in London (those worth the equivalent of $1m) has exploded. The Guardian wrote that:

So, Trickett outlined in the video what policies he think would help. His ideas included a wealth tax:

But ultimately what Trickett has done is shown up the Labour leadership.

People have been critical of Starmer for effectively aping the Tories. He has repeatedly backed Boris Johnson. But despite Labour’s polling seeing a bounce after Starmer became leader, its numbers have since gone into reverse.

Trickett’s video also appears to be a dig at Starmer’s leadership. Because it ends by saying that these ideas represent:

a radical socialist agenda. Join us.

This is put on screen with no link to joining the Labour Party. As SKWAWKBOX wrote:

was Trickett talking to the dreary party leader when he posted just two words with the video? “Brace yourself.”

His video is at odds with the Labour leadership. And it’s clear it was intentionally so. Where Trickett is going with this remains to be seen. And as one Twitter user said:

Some one needs to tell Keir… this is how you do it.

Whether Starmer would listen or not is another matter entirely.