UK government tried changing Brexit protocol unilaterally, but the EU isn't having it - The Canary 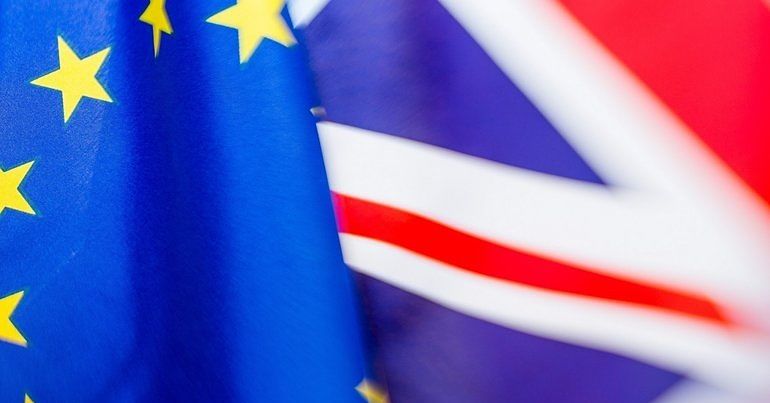 Loyalist paramilitaries have effectively ended the Good Friday Agreement (GFA). They made clear in a 3 March letter that they’ll no longer abide by the GFA while the Irish Protocol remains in place. And on the same day, the UK government reportedly took unilateral action and amended the protocol.

In response, the EU has made it clear that it’s taking legal action over the matter. The US senate is also expected to issue a resolution stating that a post-Brexit UK/US trade deal will depend on all conditions of the GFA being adhered to.

All this stems directly from the disastrously agreed Brexit deal which the Boris Johnson-led government negotiated and signed up to.

On 3 March, the UK government announced that the initial three month ‘grace period’ for agri-food goods, as well as parcels and plants, entering the north of Ireland from Britain will be extended by a further six months. This will apparently ease bureaucracy, which has already affected the flow of goods. But the UK government allegedly announced this change without informing the EU in advance.

The EU has said that this unilateral action is potentially a breach of international law, and that legal action taken could end up in the European Court of Justice.

Furthermore, European Commission (EC) vice-president Maros Sefcovic told the UK government that the Irish Protocol and its terms relating to trade must be respected:

The protocol is the solution agreed by the UK and the EU to these challenges: it is the only way to protect the Good Friday (Belfast) Agreement, preserving peace and stability and avoiding a hard border on the island of Ireland.

There have been a number of reactions to these developments. Simon Hoare, Tory MP and chair of the Commons Northern Ireland Affairs Committee, pointedly commented that:

The government didn’t reluctantly inherit the protocol, but jointly authored it with the EU

Meanwhile, Sinn Féin insists that the protocol remains in force, while the Democratic Unionist Party (DUP) wants it to go. The latter is also threatening legal action against the UK government.

to push the protocol to breaking point, and undermine the cast-iron commitment to avoid a hard border on the island of Ireland

All this comes on top of the staggering news that since the UK ended the Brexit transition phase, exports in January fell by 40%. Though, of course, the pandemic and the third lockdown would have had an effect too.

Meanwhile, a US senate draft resolution reportedly states that any attempt to reintroduce “barriers, checkpoints or personnel on the island of Ireland” will contravene the GFA. And the US will therefore not tolerate any such attempts.

Attacked from all sides – by the DUP and its paramilitary fellow-travellers, by the EC, and by the US – finding a solution to Johnson’s ‘oven ready’ Brexit mess is not going to be easy. Perhaps it’s time to go back to square one.