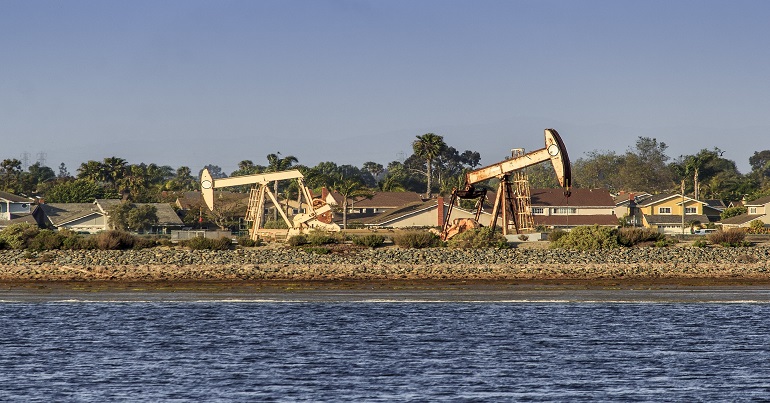 In November 2020,The Canary reported that EHA Exploration Limited applied to drill for petroleum around the shores of Lough Neagh. Located in the north of Ireland, Lough Neagh is the largest freshwater lake in the UK. It’s also where the north gets 40% of its drinking water.

Environment activists opposed this plan to drill. And on 13 October 2020, the north’s Assembly agreed to place a “moratorium on onshore petroleum licensing and drilling”. Environmental campaigners also demanded that the minister for the economy “immediately legislate to end petroleum licencing”.

However, since October last year, the plan to drill around Lough Neagh appears to be showing some signs of movement. That’s because the Department for the Economy (DfE) commissioned Hatch Regeneris to carry out:

independent research into the economic, environmental and social impacts of onshore petroleum exploration

Hatch Generis has worked on a variety of mining and energy projects worldwide. An anti-drill campaign group told The Canary it has concerns that all stakeholders aren’t being consulted in this research. The group is also concerned that the research doesn’t specifically look into health. Campaigners told The Canary this research process is due to end on Friday 19 March.

Serious concerns emerging. It appears that FIVE councils under proposed PLA1/16 are still not involved in stakeholder consultation with @HatchRegeneris @belfastcc @MidUlster_DC and @lisburnccc have passed motions rejecting industry.

The Canary contacted local councils. Only three were able to respond by the time of publication. Mid Ulster Council said:

The Council was consulted by the Department and the link to the relevant Planning Committee meeting in June 2019 is below.

But it later added:

we haven’t been contacted by or been in contact with Hatch Regeneris on this or any other issue and we don’t appear to have had any further contact with or from the Department on the granting or otherwise of a licence.

In relation to fossil fuel extraction, Councillors agreed a motion in October 2020 to write to the relevant government ministers in relation to plans around exploratory licences.

The motion also called upon the NI Executive to place an immediate ban on all petroleum licensing and to deny permitted development rights to any company seeking to prospect for oil and/or gas.

has been included in a consultation process regarding the proposed drilling at Lough Neagh.

But it didn’t provide any detail as to what that “consultation process” involved.

When asked why it appeared to be proceeding with this petroleum licencing process despite the Assembly’s October decision, DfE told The Canary:

While the motion of 13 October 2020 is non-binding, the Department is very conscious of the fact that there was cross-party support for the introduction of a moratorium on petroleum licensing for exploration, drilling or extraction of hydrocarbons in Northern Ireland.

There’s no legal obligation to consult while considering a petroleum licence application. However, DfE says:

in the interests of openness and transparency DfE has notified relevant organisations…that it has accepted Petroleum Licence Application PLA1/16 as a valid application and invited them to make representations.

It also told The Canary:

As part of an initial review of petroleum licensing policy the Department recognised that there was a lack of existing information on the Northern Ireland specific impacts of petroleum licencing. Therefore independent research into the economic, environmental and social impacts [emphasis added] of onshore petroleum exploration was commissioned. The contract was awarded to Hatch Regeneris following an open procurement process.

We need a “full investigation”

The highlighted section above seems to confirm that the research doesn’t appear to specifically address the impact of petroleum drilling on health. Meanwhile, campaigners are calling for:

A full investigation into the process