Woman was ‘terrified’ during arrest at Sarah Everard vigil - Canary 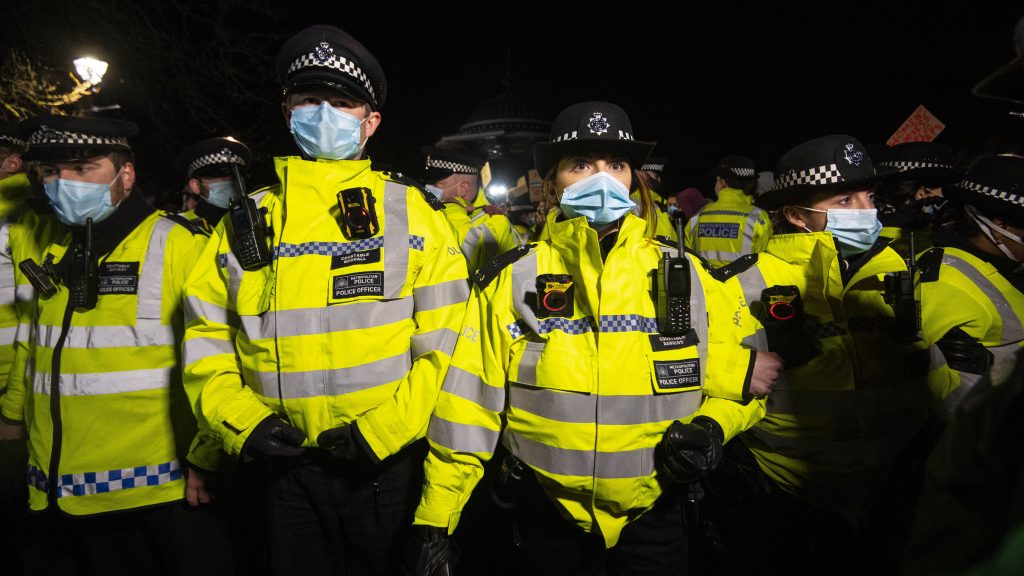 A woman who was arrested at the Clapham Common vigil for Sarah Everard has said she was “terrified” when she was pinned to the ground by police.

Images of student Patsy Stevenson being handcuffed and held down by two male officers sparked anger at Scotland Yard’s policing of the gathering in south London on Saturday evening.

“I have never been so scared honestly,” she told ITV’s Good Morning Britain.

“I think what was scary as well was as soon as I was pinned to the ground, I looked up and there were cameras everywhere.

“I didn’t realise they had even pinned me to the ground for a second.

“It just like happened so fast and then I was on the ground.

“I wasn’t resisting or anything.”

Stevenson said she went to the vigil to pay her respects to Everard, whose body was found in woodland in Ashford, Kent, last Wednesday – a week after she was allegedly kidnapped while walking home from a friend’s flat in Clapham.

She said she went on to the park’s bandstand because police officers “seemed to be sort of aggressively talking to the women” on there.

“We were trying to make sure, you know, video things and make sure there was no manhandling or anything was done,” she said.

“Then all of a sudden, there were quite a few police on the bandstand.

“Now it was distanced until the police came.

“On the bandstand there were about 30 police and they pushed us towards the edge of the banister that I was holding on to.”

Asked why she was restrained and arrested, Stevenson said: “To be honest I still don’t know why I was pushed to the ground so forcefully.

“I am quite small and it was two very large male officers who sort of pulled me back very quickly and then I hit the ground.

“From start to finish it was just a sort of whirlwind, it happened very quickly.

“I was only there to lay a candle down, I did not expect that to happen.”

Stevenson said she was released around 20 minutes after her arrest and given a £200 fine.