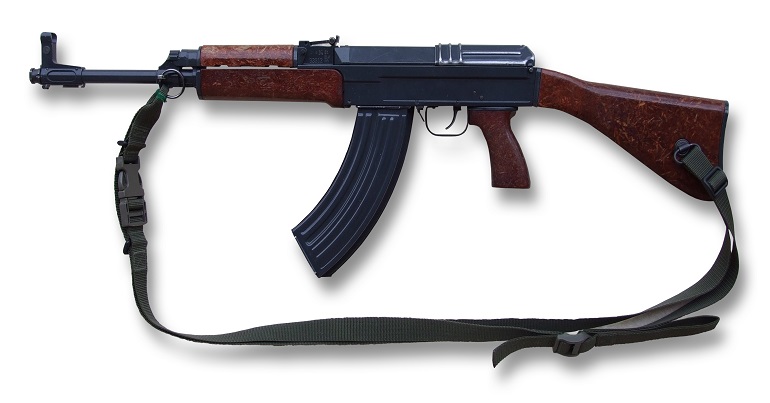 On 8 March in the Irish News, Connla Young revealed the “blood-soaked journey of R18837”. This was the serial number of a VZ58 assault rifle that British loyalists smuggled into the north of Ireland. The Irish News alleges British intelligence knew of its import.

The article claims the rifle could be responsible for “the murders of up to 12 people” between 1988 and 1994. This information comes to light just five days after a collective calling itself the Loyalist Communities Council (LCC) said it was withdrawing from the Good Friday Agreement (GFA). LCC said it’s doing so in opposition to the Northern Ireland Protocol (NIP).

When another Irish News reporter claimed the LCC statement “may well be seen as a negotiating tactic”, it underlined mainstream media’s sickening double standard. Because when loyalists colluded with British forces during the conflict in Ireland, they didn’t negotiate. They took lives. Many of whom were innocent civilians.

Who are these loyalists?

Throughout the 1968-1998 conflict in Ireland, loyalist terror gangs used different cover names. And in its 3 March letter to Boris Johnson and political leaders in Ireland, the LCC claimed to be:

These “Loyalist Groups” are the Ulster Volunteer Force (UVF), the Ulster Defence Association (UDA), and Red Hand Commando. All of them committed terrorist atrocities during the 30-year conflict in Ireland.

Among the many points raised in their letter, they say they’re:

And towards the end, the letter says Loyalist groupings are withdrawing support for the GFA:

until our rights under the Agreement are restored and the Protocol is amended to ensure unfettered access for goods, services [emphasis added], and citizens throughout the United Kingdom.

But as a political peace agreement, the GFA has nothing specifically to do with trade, goods, or services.

The letter makes a claim on behalf of the entire population of the north when it says:

But there is in fact support for the NIP among Irish republicans. The letter also claims that the NIP ‘breaches the objectives of the GFA’. And that the border down the Irish Sea created by the NIP:

undermines the basis on which the Combined Loyalist Military Command (CLMC) agreed their 1994 ceasefires and subsequent support for the Belfast Agreement.

This letter goes on to attack the EU’s chief negotiator for not meeting them. It also attacks Irish foreign minister Simon Coveney, who did meet with them, for choosing “to ignore us”. LCC claims Coveney’s:

actions and remarks served to heighten tensions in Northern Ireland throughout the negotiations and he is responsible for destroying the with the Irish government built up over the past twenty years.

But LCC is ignoring the fact that it got a meeting with a democratically elected politician. It says it “is determined that unionist opposition to the protocol should be peaceful and democratic”. But it also warns not to:

under-estimate the strength of feeling on this issue right across the unionist family. The only time I can remember such unanimity of opposition was following the imposition of the Anglo-Irish agreement in 1985.

Let’s not forget that loyalist terrorists have broken their ceasefire on numerous occasions since the signing of the 1998 agreement. So they’ve already breached the GFA.

Mainstream media didn’t hold back when former newspaper editor Roy Greenslade announced that he supported the use of physical force by Irish republicans. Yet it’s taking a softer approach towards British loyalists. The mainstream reports on the LCC as if it’s a mere lobby group. One that’s upset by the “trade and commerce” implications of the NIP.

Because on 15 February, the Belfast Telegraph described the LCC as “an umbrella organisation representing loyalist groups”. That article said these loyalists have “written to two MPs and 10 MLAs warning that ‘no form of Irish Sea border will ever be tolerated’”.

When the BBC reported on LCC meeting with the Brexiteer party DUP, it referred to the LCC as “the organisation which represents loyalist paramilitary groups”. ITV also called it an “umbrella group” while the Guardian called them “loyalist groups”. While interviewees did mention the word ‘terrorist’, these publications didn’t lead with that word.

And on 4 March, when the Irish News claimed the LCC letter to Johnson could be a “negotiating tactic”, it merely said it was “a very concerning and potentially destabilising development”. Hardly a single use of the word ‘terrorist’ by the publications themselves, which we’ve grown accustomed to when reporting on Irish republicans.

These unelected loyalists complain the Irish foreign minister ignored them. But the Irish minister at least met with them, as did the DUP. Contrast that with Johnson’s refusal to meet Sinn Féin (SF) – and SF is a democratically elected part of government in the north. It’s also the largest opposition party in the southern parliament.

It wouldn’t take much to imagine the public outrage if SF or Irish government ministers were to meet with the IRA. Nor to imagine the reaction if the IRA were to write to Johnson. But it raises little to no condemnation when loyalists do so. At best it’s a double standard. At worst, it legitimises the activities of such ‘groups’.