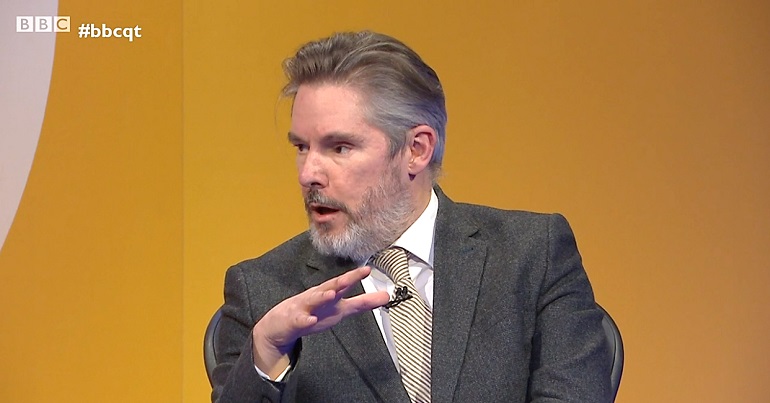 A Mail on Sunday columnist was talking about racism in the UK media on BBC Question Time. Predictably, when it came to his own newspaper, he denied ever seeing any. Please pick your jaw up off the floor and continue reading.

Dan Hodges is a controversial figure. He had a  left-wing upbringing, being the son of former Labour MP Glenda Jackson. But Hodges writes a weekly column for the Mail on Sunday. The Canary‘s Kerry-Anne Mendoza wrote in 2018 that:

By the 2017 general election, he was writing for The Mail on Sunday and finally switched his vote to Conservative.

His political predictions are legendary. Who knew one man could be so wrong, so consistently? He confidently predicted the victories of both David Miliband and Hillary Clinton.

On Thursday 11 March, Hodges was back making confident statements of fact. This time, it was about racism in the UK establishment corporate media.

The situation has been in the spotlight recently. As The Canary previously reported, prince Harry accused the UK press of “racism”. It was in the context of coverage of his wife Meghan Markle This led to a backlash from the media establishment. The now ex-boss of industry body the Society of Editors claimed the UK media doesn’t have a racism problem. He then quit following a backlash from members of his own organisation.

So, on Question Time Hodges seemed to agree that the UK media has a problem. He said:

Let’s be absolutely clear about this. There is racism in the British media.

But then host Fiona Bruce asked if there was racism at the Mail On Sunday. Suddenly, Hodges took a different tone. He said:

Look, I’ll be honest with you. I can’t say that I’ve experienced or seen any racism at my own newspaper.

According to Dan Hodges (Daily Mail), there's racism in the UK press, just not in the Daily mail.

He also denied that the coverage of Markle had been racist.

Just some of the evidence

In 2003, people were accusing the Mail on Sunday of xenophobia. Just last December it was inciting hate against German people. A Mail on Sunday article about Marcus Rashford was described as. It lost a defamation case against a man of Pakistani heritage. And with Markle, the paper has also been accused of racism. For example, compare and contrast the same stories on the duchess of Cambridge and her. They appeared in the Daily Mail and the Mail on Sunday: 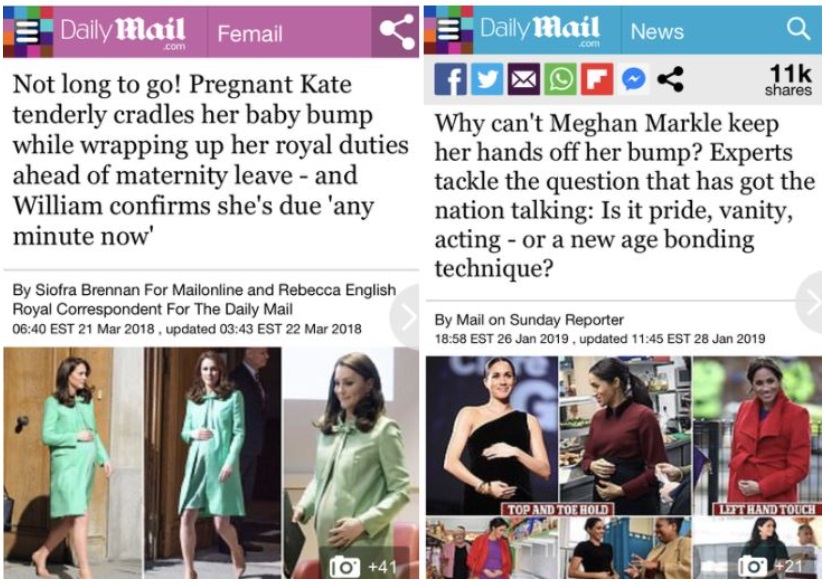 And it’s front pages are often tinged with racism and xenophobia:

Not to mention transphobia and trash about social security claimants:

Oh, and some casual homophobia too: 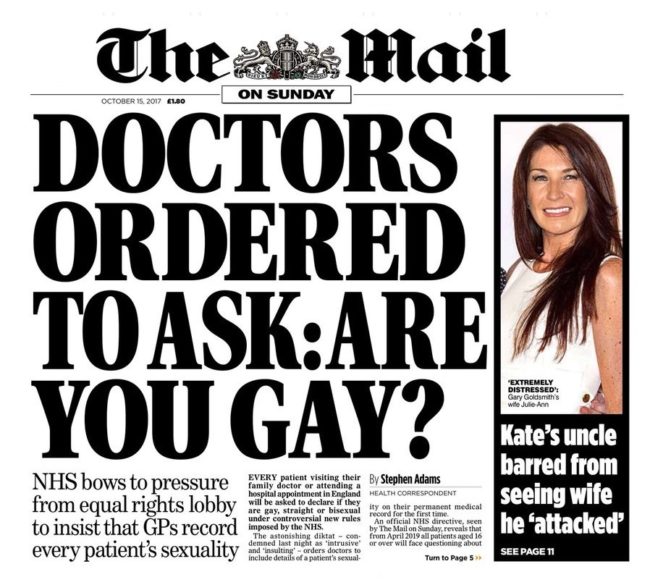 Of course, the Daily Mail and Mail Online are just as bad. But yet, Hodges was still claiming after Question Time that there’s ‘nothing to see here’.

He was basically saying that the Mail on Sunday wasn’t racist. And that while people think the Daily Mail and Mail Online might be, that’s nothing to do with him:

Not hiding behind anything. Just pointing out that you sound off a lot about the media, but don’t actually know what you’re talking about. The distinction between the Daily Mail and the Mail on Sunday isn’t really that hard. Big clue in the respective titles…

Hodges does, of course, ultimately work for DMG Media; a subsidiary of Associated Newspapers – which owns all three outlets. But hey! If a white, straight, male, middle-class and privileged member of the establishment corporate media says the Mail on Sunday isn’t racist – what do the rest of us know?