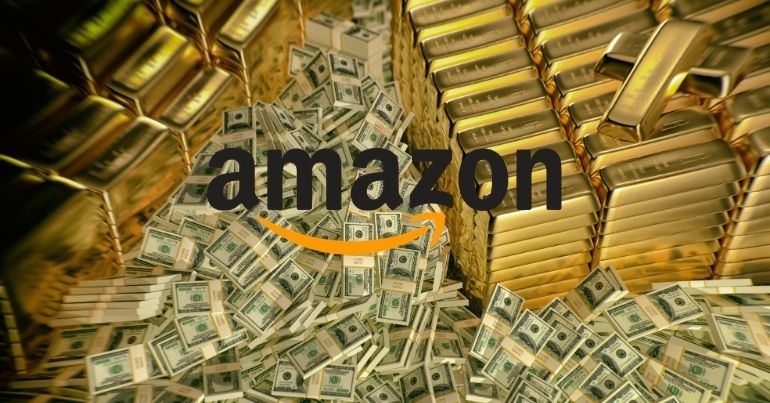 Amazon did not have to pay any corporation tax in Europe last year despite record sales income of €44bn.

Amazon sells products to households in the UK and many European countries through Amazon EU Sarl. Despite the record amount made, there was a €1.2bn loss at Amazon’s Luxembourg unit, which meant it paid no tax.

The Luxembourg unit looks after sales for the UK, Spain, Germany, France, Poland, Sweden, the Netherlands, and Italy.

If the Luxembourg unit were to make a profit at any point, it has been granted €56m in tax credits to go towards tax bills.

I don't mind paying tax.
In fact, I do it gladly.
Until I discover that I'm paying more than Amazon.https://t.co/lXuErPWvYv

The news has been hailed as indicative of large, multinational companies continuing to avoid paying corporation tax.

In essence, we are seeing exponentially accelerated market domination by Amazon across the globe on the back of income that continues to be largely untaxed – allowing Amazon to unfairly undercut local businesses that take a more responsible approach.

In the UK, Amazon had sales of £13.73bn during 2019, but only paid £293m in tax. Furthermore, during 2020, the company had income of $20bn in the US. According to the Institute on Taxation and Economic Policy, Amazon avoided paying $2.3bn in income tax on those earnings.

Many large companies have headquarters in Luxembourg. The country is ranked as number six in the world in the Tax Justice Network’s Corporate Tax Haven Index.

Nothing could better illustrate how our tax system is broken

Huge multinational corporations are not paying their fair share while the building blocks of society crumble through lack of funding. This has to changehttps://t.co/qcFi5Vx7Tz

Joe Biden has proposed several global tax reforms, including a minimum global corporation tax rate. The US is currently working with the OECD to try and reach an agreement.

Both France and Germany have backed a 21% minimum tax rate on multinational companies. In contrast, the UK has not responded to the proposal, despite being urged to by opposition MPs.

Today we learn Amazon had sales income of €44bn in Europe in 2020 but paid no corporation tax.

Our country should be loudly backing Biden's plans to end this. It is appalling that Conservative Ministers keep refusing to do so.https://t.co/QI7OJ3vwWv pic.twitter.com/abjdj6DqAe

This thread. Every word.

If we judge a society and a system by how it treats its less fortunate, free market capitalism in Britain is an absolute disaster.

This morning it was announced that Amazon had European sales income of £38bn in 2020, but paid no corporation tax at all https://t.co/gT6C7LSQPf

A spokesperson for Amazon told the Guardian:

Amazon pays all the taxes required in every country where we operate. Corporate tax is based on profits, not revenues, and our profits have remained low given our heavy investments and the fact that retail is a highly competitive, low margin business.

We’ve invested well over €78bn in Europe since 2010, and much of that investment is in infrastructure that creates many thousands of new jobs, generates significant local tax revenue, and supports small European firms.

The system is rigged.

Shop local if you can. Use independent businesses. Shop with those that hold the same ethics as you.https://t.co/ope9BonVYl

Amazon’s defence is not incorrect; it makes relatively small profits on huge sales. However, as the company continues to expand its monopoly on every form of commerce, the real profits are yet to come.

If it isn’t broken up, Amazon will continue to envelop the whole market.