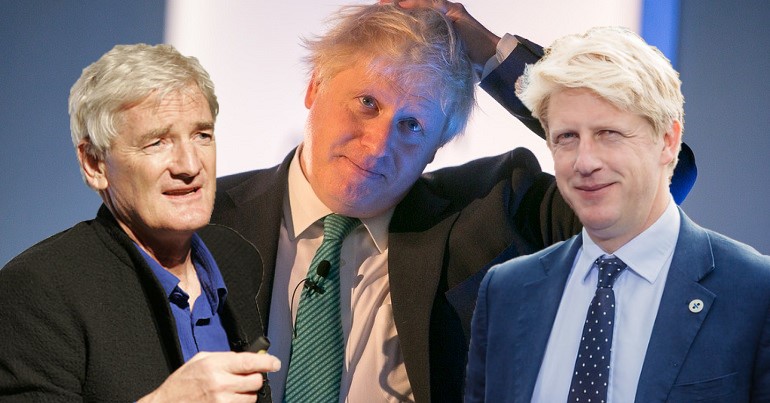 Boris Johnson’s brother got a job with James Dyson just weeks before the hoover magnate was texting the PM. The revelation raises further questions about the links between the government and Dyson. It’s also emblematic of the cosy relationships between the Tories and big business.

As The Canary previously reported, Johnson has been at the centre of another scandal:

a series of text messages between Johnson and Dyson after the latter was unable to get the assurances he was seeking from the Treasury.

But when he failed to receive a reply… he took up the matter directly with the PM.

The BBC mocked up a graphic to show the text messages: 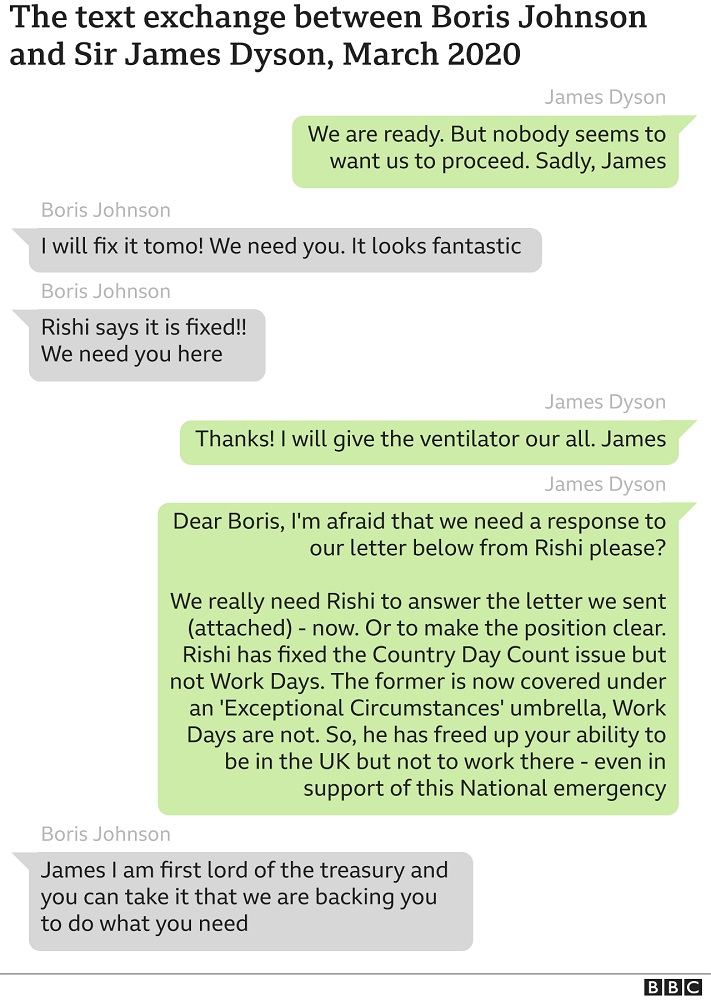 Johnson essentially claimed there’s ‘nothing to see here’. But he also said he would publish the text messages. So far, this hasn’t happened. Also, as The Canary previously reported, it’s still not clear if Dyson got any tax breaks for his staff or not. This is despite the ventilators in question never being supplied.

But now, it’s come to light that there’s a direct Johnson family connection to Dyson. And it started just before Dyson himself was lobbying the PM.

The Twitter account My Little Crony (feel free to chuckle) was created by student Sophie Hill. The account has put out that Johnson’s brother Joseph Edmund (known as Jo) works for Dyson. As they tweeted:

But Jo Johnson wouldn't be out of work for long. After standing down as an MP in the December 2019 election, he waits just a couple of months before taking a cushy job as non-executive director at… the Dyson Institute!https://t.co/8Tg3n4MJ8y pic.twitter.com/siBJ199uFl

The corruption that doesn’t lose suction?

There’s nothing to indicate Jo has done anything wrong. He’s no longer an MP, and the parliamentary watchdog on former MPs’ new jobs didn’t seem to have an issue with Jo’s new role. It is led by Tory Lord Eric Pickles; also investigating allegations of Tory corruption. Also, there’s nothing to say that Jo had any involvement in his brother’s text message chat with Dyson.

Now, if you had a suspicious mind, you could ponder whether or not Jo had a quiet word with his brother on behalf of Dyson. Or even if Jo gave Dyson his brother’s mobile number. The Canary couldn’t possibly comment. You can make up your own mind.

But what this does show is that once again the links between the Tories and big business are closer than is comfortable.