Who is up for election and how long will results take? - The Canary 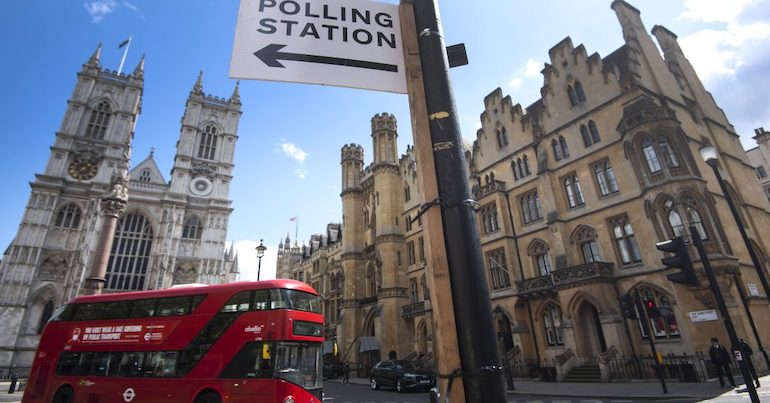 Voters across Great Britain will go to the polls on May 6 on what has been dubbed “Super Thursday”.

What elections are being held?

Votes are being held across Great Britain. Some of these should have happened last year, but were postponed due to the pandemic.

Scotland and Wales will both elect members to their respective parliaments, and Londoners will choose representatives for the city’s Assembly.

Many areas across England will also choose mayors. As well as Sadiq Khan defending his role in London, regional mayors will be elected for Cambridgeshire & Peterborough, Greater Manchester, the Liverpool City Region, Tees Valley, West Midlands, West of England and – for the first time – West Yorkshire.

Local elections will be taking place across many parts of England for county councils, district councils, unitary authorities, metropolitan boroughs as well as Police and Crime Commissioners in England and Wales.

Are any MPs being elected?

Hartlepool will choose a new MP after Labour’s Mike Hill stepped down in March.

The contest provides a key test for Labour leader sir Keir Starmer. The party held the constituency in 2019 with a majority of 3,595 and it has been represented by a Labour MP since the seat was created in 1974.

Bookmakers have made the Conservatives odds-on to take the seats and pollsters are also predicting a similar blue victory.

What does the by-election mean for Labour?

In 2019’s general election the “red wall” across the north of England turned towards the Conservatives and pushed Boris Johnson towards Number 10.

The Hartlepool vote will be the first opportunity for party leader Sir Keir Starmer to see if the Opposition can reverse the process that has seen their heartlands disappear.

Will everybody have the chance to vote?

Yes, the wide range of polls being held on Thursday means that every adult in England, Wales and Scotland will have the chance to cast at least one vote, which is a rare occurrence outside of a general election.

When can we expect results?

Votes for the Hartlepool constituency will be counted overnight on Thursday. The identity of the new MP should be known by early on Friday.

Other results will take longer to filter through as coronavirus rules will affect how long it takes to count votes. The Mayor of London result is expected to be announced over the weekend. Results in the Scottish Parliament should all be in by Saturday evening.

In Wales, most results are expected on Friday, with results from the London Assembly predicted to be spread across Friday and Saturday. Results of the mayoral spot are not expected until late on Saturday or possibly Sunday.

Regional and local mayoral results are also expected to come in across Saturday and Sunday. Local council counts will start to arrive on Friday, and also through the weekend.

Police and crime commissioner counts will take place through the weekend and some not until Monday.