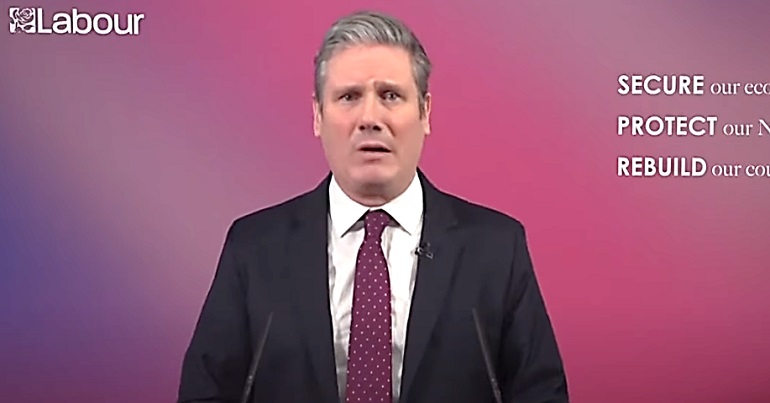 Elections in Britain are less than 24 hours away. For Keir Starmer’s Labour Party, the misery just keeps on piling up. But is it fair to say the 6 May results will give an idea of what the public thinks of ‘Keith’ and Labour?

Starmer: bringing on the heartache

On Thursday 6 May, people will vote in elections for English councils, Scottish and Welsh parliaments, the London Assembly, and local mayor, and police and crime commissioners. As The Canary previously reported, there’s also a by-election in Hartlepool. Polling suggests that Labour will lose the seat.

People on social media were reminding us that under Jeremy Corbyn Labour won Hartlepool twice:

Meanwhile, as Ben Jolly tweeted, one voter didn’t even know who Starmer was:

And the Labour Party overall appears to be facing issues:

Scottish Labour has also changed leaders but is only forecast to gain one seat:

And Sadiq Khan appears to be losing ground in the London Mayor elections:

So, as Labour Insider tweeted:

Is Labour set for a disaster on 6 May? Quite possibly.

But, of course, the real threat in the English council elections is voter apathy. Since 2010, turnout for London borough, unitary, and county council elections has rarely been more than 39% (unless it’s been a general election year where turnout is then higher). In the same period, for the Scottish parliament, it ranges from 50-55%; in Wales the figure is around 41-45%. This is all versus a 67.3% turnout in the 2019 general election. In terms of Hartlepool, the by-elections in 2018-19 tended to get lower turnouts than general elections – anything between 37-59%.

So, while some are saying that the results on 6 May will give an indication of what voters think of Starmer and Labour, this isn’t the whole picture. The elections will give us a comparison like-for-like with previous ones. But if, at best, only half of the electorate actually vote, it’s a pretty slim measure of how Labour is doing. If turnout is similar to previous years, the bigger question will be why don’t people care about local democracy? And that’s one that all parties need to answer.