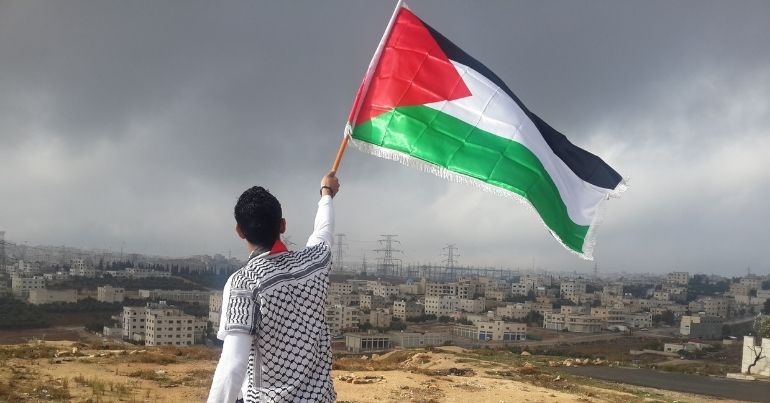 Odeh was on a walk with his friend when Israeli soldiers shot and killed him. The pair were near the entrance of their home village when Israeli forces fired at them. Their bullets hit Odeh and eventually killed him. The soldiers then shot and wounded Odeh’s friend when he tried to approach his body. Israeli troops prevented a Palestinian ambulance from reaching Odeh “for at least 15 minutes”. By the time they reached him, it was too late.

Today, Palestinians bid farewell to 16 year old Saeed Odeh from Odala village, Nablus who was murdered yesterday by Israeli soldiers.
He used to play in the local football team. He will never be able to do so again. His colonizers robbed him of life & all his dreams. #Palestine pic.twitter.com/tSwXz3SggA

At least 1 of my relatives is killed average every 2 years by Zionists in Palestine. Mine is but one of countless such families

RIP Saeed Yousef Mohammad Odeh aged 16-years old, murdered by Israeli occupation forces yesterday. They shot him twice in the back & prevented an ambulance from reaching him for 15 minutes. This gross violence and impunity must end.#NoWaytoTreataChild#ICC4Israel pic.twitter.com/4zgc6eyWVl

On 6 May, Aya Khaled shared footage of a crowd gathered for Odeh’s funeral:

Large crowds participate in the funeral of the 16-year-old boy, Saeed Odeh, who was shot dead by the occupation army in Odla, Nablus district, last night. pic.twitter.com/ui9YpeA24A

Israeli forces are held accountable for violations against Palestinian children extremely rarely. According to @YeshDin, the chances that a complaint leads to an indictment of an Israeli soldier for violence, including killing, or other harm is 0.7%. https://t.co/2ChPU9OlxT

Palestinian children reportedly injured and arrested in East Jerusalem. UNICEF getting more info. Children must be protected, kept out of harm’s way and released from detention. Violence must stop and safe access of families to all places of worship should be protected

2) Why? Because Israeli courts have ruled that Israeli settlers can move into Palestinian homes in occupied East Jerusalem. These Palestinian families have been living here for decades since 1956.https://t.co/DhUaJS38BI

This was Sheikh Jarrah neighbourhood in East Jerusalem this evening. Palestinians here are fighting in court to not be forcibly evicted from their homes and replaced by Israeli nationalists settlers. #SheikhJarrah pic.twitter.com/ZBW0vYo1jM

This is #SheikhJarrah. A Palestinian grandmother being forcibly removed from her home. You can see and feel the pain on her face.

Imagine being kicked out of the only home you and your family have ever known. pic.twitter.com/fSsLlgfpFI

The United Nations has urged Israel to stop the forced evictions, stating they “may amount to a war crime”:

We call on #Israel to immediately halt all forced evictions in occupied #Palestine, including those in #SheikhJarrah, and to cease any activity that would further contribute to a coercive environment and lead to a risk of forcible transfer. Learn more: https://t.co/XdA0KMcx3k pic.twitter.com/O6WuGSvVyr

I don’t know how anyone can see what’s happening in Sheikh Jarrah right now and still think that Palestine is a polarizing issue. If you consider yourself to be on the left in any capacity then you should be trying to be an ally to Palestinians in anyway you could

Palestinians sharing news from Sheikh Jarrah are claiming that their social media accounts are being censored. Activists are calling on social media users to share news about the situation in Jerusalem under the hashtag #SaveSheikhJarrah. Palestine Solidarity Campaign is urging people to lobby the UK Foreign Office to demand that Israel stops the forced evictions. People can also support Palestinian refugees by donating to the United Nations Relief and Works Agency.