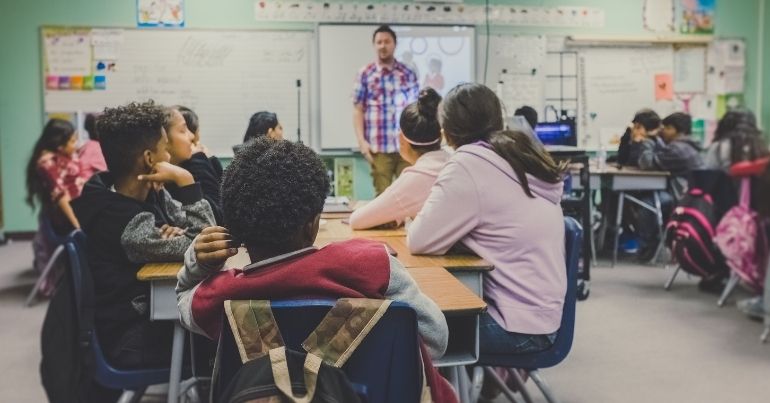 AQA has approved Black Learning Achievement and Mental Health UK (BLAM) to deliver educational units on Black British history. The achievement comes in the wake of government attempts to whitewash British history as set out in its recent race disparities report.

The importance of teaching Black history

The charity works to support and uplift marginalised young people through a range of projects and initiatives. It will now provide AQA award units on Black British history. The organisation is developing its own Black History module for Key Stages 1-5. This module will teach children and young people about the true history of people of African descent.

There are no avenues to learn about Black history outside Black history month. Our surveys from our project delivery with children across London show us that  young people still do not learn about Black history in a cross-curricular way. They tell us how they feel overlooked, undervalued and unseen. Educators, community organisers and schools must do more to ensure Black narratives are included and incorporated into their own curriculums and direct project work.

It is of particular importance as academic researchers have found that when a positive Black identity is attained, it improves racial esteem, acts as a buffer against the impact of racism and reduces depressive symptoms. Teaching Black history improves the racial identity and in turn wellness of Black children.

By providing an AQA Accredited Black British History module we are placing educational value and currency on the learning of our narratives. It enables Black history to be given the academic respect it deserves and enables children to have their cultural specific narratives rewarded at a level of value akin to the “valued” dominant exclusionary narratives.

The current educational curriculum is Eurocentric as it gives disproportionate attention to European and Western achievements and omits or white washes the existence and contributions of Black persons/communities.

Black British people, African Americans, Afro-Caribbeans, Afro-Latinx people, and many others in the diaspora, have all made significant contributions to the UK and beyond. Black history is British history. Learning about histories of race and resistance is integral to understanding the story of modern Britain. We can’t begin to tackle the vast race disparities that exist today if we don’t know why they exist. Black-led movements for justice in Africa, Britain, the Caribbean, and the Americas can give us the tools we need to disrupt and dismantle the oppressive systems we continue to fight against.

Education at the heart of Britain’s culture war

Black Lives Matter protesters in the UK organised under the banner “the UK is not innocent“. This rallying call worked to highlight the histories and present-day realities of race and racism in Britain. The school curriculum is at the heart of Britain’s ongoing culture war.

The government’s controversial and poorly received race disparities report writes off calls to decolonise the curriculum as “negative”. It incorrectly sets out that the decolonising project aims to ‘ban’ white authors and replace them with “token expressions of Black achievement”. One of the report’s most concerning passages says:

There is a new story about the Caribbean experience which speaks to the slave period not only being about profit and suffering but how culturally African people transformed themselves into a re-modelled African/Britain.

In response to this, historian David Olusoga said:

Shockingly, the authors – perhaps unwittingly – deploy a version of an argument that was used by the slave owners themselves in defence of slavery 200 years ago: the idea that by becoming culturally British, black people were somehow beneficiaries of the system.

This dangerous faux pas clearly demonstrates why we must learn about Britain’s history of slavery, colonialism, and empire in an open and honest way. If we don’t, we won’t be able to move beyond patterns of racist thinking.

The government’s review on the Windrush scandal found that  “institutional amnesia” was a key contributing factor. In spite of this, Black people in Britain continue to be erased, as reflected in the recent failure to commemorate troops of colour who fought in WWI. Britain’s colonial past still isn’t part of the UK’s compulsory curriculum.

I believe the mandatory teaching of Black history will make these collective failings less likely to occur. History is a gateway to exploring how historical harms affect the future, whilst giving us the opportunity to learn from these mistakes and whilst placing harm reduction elements in its place. In the interim schools and community organisations must do what they can on a grassroots level to reduce the harms caused by the exclusion of Black people from the curriculum.

These unjust exclusions feed into the ahistorical narrative that Black and Brown people haven’t contributed to British history, and therefore don’t belong in its present. If we want to build a positive future, we must acknowledge everything that has happened in the past.

It’s time for us to make a concerted effort to undo the whitewashing of British history. Standing in opposition to the government’s vision for the education system – one that stifles critical thinking and dissenting voices – BLAM’s work is more important than ever.