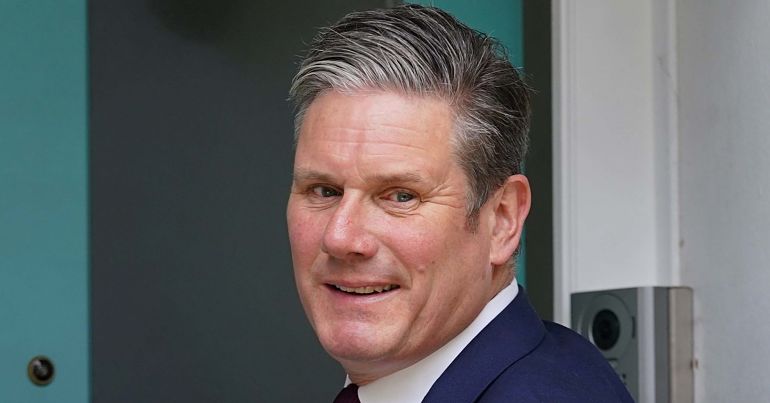 Keir Starmer is set to discuss his childhood, career in law, and leading the Labour Party from his spare room in lockdown during an interview with Piers Morgan. He’s giving the interview to Morgan despite the repeated bullying claims levied against the ex-host of Good Morning Britain.

The desperation of the mainstream media to try and repackage this man as ‘appealing’. This reeks of Mandelson.

The Labour leader will sit down with the broadcaster for an hour-long episode of Life Stories, due to be filmed next month and expected to air on ITV in the coming months. It will be the first interview with a party leader on Life Stories since former tabloid editor Morgan interviewed Gordon Brown when he was prime minister in 2010.

Starmer is expected to discuss his childhood in Surrey, his family life and move into politics from law, culminating in his appointment as Labour leader last April. Labour has been in turmoil since the by-election defeat in Hartlepool last week, with setbacks in council elections in England followed by a botched reshuffle.

Several people have criticised Starmer for choosing to give the interview to Morgan:

I mean, it's literally just over two months since Piers Morgan was forced out of GMB for what is widely considered to be a racially motivated campaign of hate against an individual and Starmer has decided the correct response to this is to rehabilitate this man with an interview

Others pointed out that Starmer won’t associate with Muslims who support Palestinian-led efforts to end the apartheid of Palestine, but he will sit down with people like Morgan:

What does it say about Starmer that he won't attend an Iftar because one person there supports BDS but he will do monthly radio shows with bigot Nick Ferrari (even after the nazi incident) and will sit down with a man who ran a racist harassment campaign via his national TV role? https://t.co/URJrxjR5SW

Morgan has repeatedly been accused of bullying people. In February, 1,200 television industry workers accused him of directing “targeted abuse” against a former colleague. He himself admitted to being a “bit of a bully” after imitating a guest’s voice.

I’m sorry, I don’t believe a word she says. I wouldn’t believe her if she read me a weather report.

The incident resulted in a record number of complaints to Ofcom. Morgan also stormed off set after receiving criticism from a colleague on air.

He never called you diabolical until you walked off like a petulant child and that’s when he called your behaviour and absolutely rightfully “diabolical” because it was!

You are happy to sit there and spout off but when someone gives it you back.. you run off in the corner!

Many have accused the British press of racism against Markle, including 50% of journalists in one survey. In 2020, Starmer appointed Martin Forde QC to investigate leaked material which showed racism against Black MPs by Labour staffers. The release of this report has been delayed. In response to that, nine Black Labour MPs wrote:

Delaying the Forde inquiry and failing to provide a future date by which its findings will be published risks further doubling down on the impression that the party does not take issues of anti-black racism seriously.

The abuse contained within the [leaked] report and the issues it seeks to address are incredibly serious and must be part of our attempts to ensure the Labour party is an inclusive and tolerant place.

The fact that members who contributed to anti-black racism have been readmitted to the party is a cause of concern and this delay only adds to the anxiety.

Regarding the interview with Starmer, Morgan said:

It’s very unusual for party political leaders to submit themselves to such lengthy personal interviews and I am delighted that Sir Keir has agreed to talk to me about his fascinating life.

It promises to be a memorable and very revealing Life Stories show.”

Sir Keir Starmer promises to be a real treat for our ITV audience.