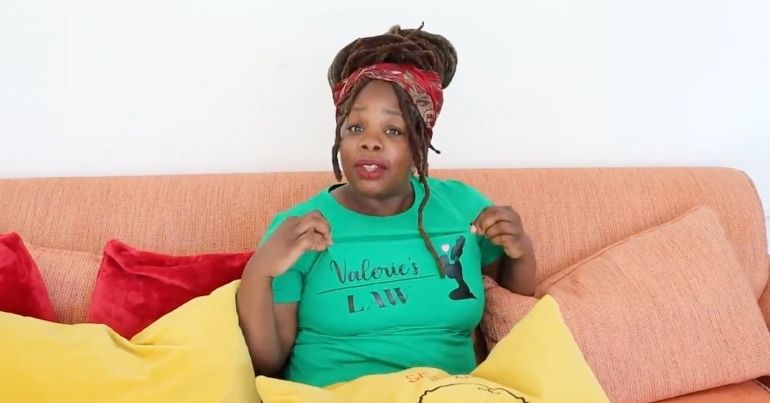 Domestic violence charity Sistah Space is calling on the UK government to take action on domestic violence. It argues that agencies are letting vulnerable Black women and girls down due to a lack of cultural understanding. So the charity has launched a petition to introduce mandatory cultural competence training for agencies working with domestic violence victims and survivors.

Sistah Space is a charity that works with Black women and girls who are at risk of, or have experienced, domestic or sexual abuse. The group is calling on the government to consider introducing Valerie’s Law. This would make cultural training compulsory for the police and other agencies that support women experiencing domestic violence.

Valerie’s Law is named in memory of Valerie Forde whose ex-partner violently killed her and her baby in 2014. The review published in response to Forde’s murder found that the Met police failed to support Forde, a Rastafarian woman. Asking people to sign and share the Valerie’s Law petition, Forde’s daughters have spoken out. In a video shared by Sistah Space the sisters say:

we know first hand the devastating effects domestic violence can have on a family. Still today, women and girls’ lives are being put at risk:

EVERY SINGLE DAY these young sisters wake up to the same AWFUL REALISATION
THEIR BEAUTIFUL MUM, VALERIE AND BABY SISTER RJ WERE MURDERED BY VALERIE'S EX PARTNER, RJ'S FATHER
VALERIE WENT TO HACKNEY POLICE FOR HELP, IT WAS RECORDED AS A THREAT TO PROPERTYhttps://t.co/AWhl7W9le5 https://t.co/Rr4hTNxvX8

Bruises and scars might be difficult to see on some Black skin, but it doesn’t mean they are not there. Black women who have been abused, are being told their scars are invisible and that is not good enough. Understanding that bruises may appear different on black skin can make a real difference and can be the difference between life or death.

According to Fulani, some Black women are afraid to reach out for support for fear of detention or deportation in the wake of the Windrush scandal. Other factors that are hindering the quality of support available for Black women experiencing domestic violence may include language barriers and ignorance about cultural differences. Speaking out about her experiences, one domestic violence survivor shared:

re-traumatising; even when advocacy is in assistance. Response is patchy, poor use of language and/or victim-blaming is unacceptable when you've been courageous enough to leave. Specialist/culture-specific training must be a prerequisite for LAs.@Sistah_Space @hackneycouncil

Too many African and Caribbean heritage women have not been afforded the same level of support that is offered to others. This can only be addressed by Cultural Competency training being rolled out across the police and other government agencies. Without specialised training, it is practically impossible to support, or risk assess black women. This often puts black victims at increased risk.