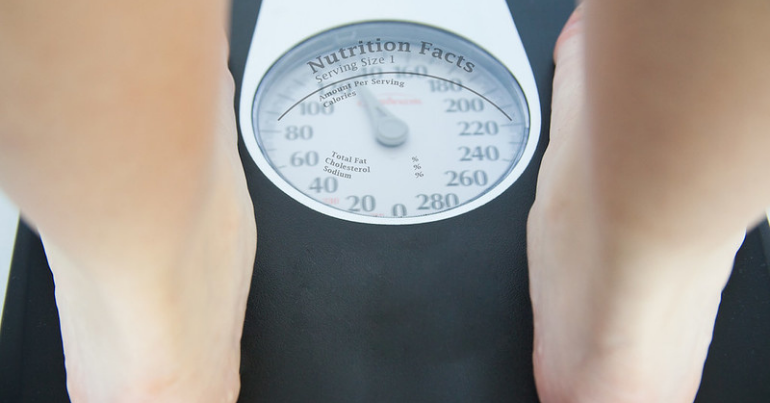 Campaigners say government plans to force restaurants to label calories in restaurants risk the health and recovery of people with eating disorders.

Last week, the government announced that businesses in England with more than 250 employees would have to display calorie information on menus and labels from April 2022.

The measures are part of the government strategy to tackle obesity, and include cafes, restaurants, and takeaways.

However, many people shared how the announcement would leave them scared to eat out as they may be triggered by the calorie information.

I am genuinely scared about this. My recovery is shaky at best, I don't think I could eat out if calories were on the menu.

A terrible move. When my son was very ill, M&S Cafe used to be a 'safe' place where he could manage to eat lunch. That all came to an abrupt end when they suddenly started putting calories on all of their signage and menu boards.

Eating disorder charity BEAT immediately criticised the move, and is encouraging people to email their MPs to ask them to oppose the legislation.

A study published in 2017 found that women with anorexia or bulimia would order “significantly fewer” calories when items were labelled compared to when they weren’t.

And a review of literature into calorie labelling for the general population concluded that it had little of the desired impact on public health. As a result, the researchers suggested pursuing other methods of tackling obesity.

Another review in 2018 found that some studies did find calorie labelling reduced the amount people ate, but only in a very small amount of low-quality studies.

Calorie labelling on menus is ineffective, and dangerous to people affected by eating disorders.
We’ve drafted a letter asking your MP to oppose this legislation – take action here: https://t.co/PY7VRg9ffk https://t.co/MePBLcgtWl

When our clients no longer count calories we know that another amazing milestone of recovery has been reached and the thought of calories on menus makes me so, so angry, at the National Centre for ED's we will it seems continue to mop up the mistakes of our government. #calories pic.twitter.com/wP8qgOLnBs

A survey of people with, or recovering from, an eating disorder during the coronavirus (Covid-19) pandemic found that 87% reported their symptoms were worse as a result.

BEAT similarly reported it’s answering significantly more calls to its helpline in 2020/21 than in 2019/20.

Back in June 2020, BEAT warned that government obesity campaigns were making people vulnerable to an eating disorder more likely to develop one, as well as increasing symptoms for people already diagnosed.

like this is just gonna fuel my ed, trigger ppl in recovery, and potentially ruin non disordered ppls relationship w food. put the calories somewhere on an online menu where u have to search it up to find it, dont shove it in ppl’s faces

Anorexia has the highest mortality rate of any psychiatric disorder. According to BEAT, less than half of patients fully recover from it, with many remaining chronically ill.

This strategy for tackling obesity could put thousands of people’s health at risk without much evidence it will help reduce obesity. At a time when people with eating disorders are already reporting worse symptoms, this could be catastrophic.