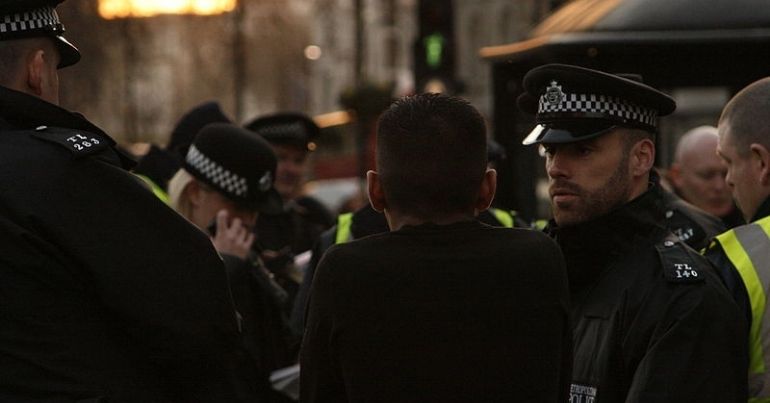 The Met Police still don’t get it. Or at least that’s what people are saying about their latest scheme to rebuild women’s trust since Sarah Everard’s murder. The force’s new rules mean that plain-clothes cops must prove their identity as police to lone women.

But there is a problem. Sarah Everard was murdered by a real cop who was in active service. So it’s not altogether clear exactly how this new initiative would make a real difference.

In September 2021, firearms officer Wayne Couzens was given life in jail for murdering the 33-year-old Everard in March 2020. He used his authority as a cop to arrest, handcuff and kidnap her.

Now the Met says plain clothes officers dealing with lone women will videocall headquarters, where someone will confirm the officer’s ID:

Any lone, plain clothed police officer who engages with a woman on her own will now verify their identity through a new process.

We know we need to regain women’s trust.

We fully accept the onus is on us to verify we are who we say we are & that we are acting appropriately.

But as many people on Twitter were quick to point out, even if Couzens had done this he would have been confirmed as a real cop. Because that is precisely what he was:

So if Wayne Cousins called this number, the control room person would have confirmed that he is a police officer, correct?

Another Twitter user agreed that the new process did nothing to address the issue. And that the video itself was pretty creepy:

Not only is this a shit idea that doesn't fix the problem of possibly being raped and murdered by verifiable police officers, but this little animation they came up with is crap and creepy as well.

While another Twitter user was concerned whether the new ID process will tell you about the officer’s own background. Such as if he is has a history of sexual misconduct:

Cool. Will this process also flag if he’s one of the 52% of Met police officers found guilty of sexual misconduct who kept their job? https://t.co/CEXsVGOmLf

And another person pointed out how quickly the Met had created a narrative that Wayne Couzens was somehow an outsider, rather than what he was: an actively serving cop. And we should add, a serving cop with a long and identifiable history of sexual misconduct:

Genuinely nightmarish how quickly and successfully the police and media rewrote the narrative around Wayne Couzens into one where he was simply pretending to be a police officer https://t.co/LyTl1p4yEj

It seems like the Met Police will have to do a lot more than dream up these kind of madcap schemes if they want to win back the trust of women – or anyone else for that matter.