A UN committee is gathering information ahead of another investigation into the UK government. It’s over its adherence to the human rights of chronically ill and disabled people. The UN’s last report found “grave” and “systematic” violations of people’s rights, calling it a “human catastrophe”. Now, deaf and disabled people’s organisations (DPOs) are asking for evidence to submit to the UN. 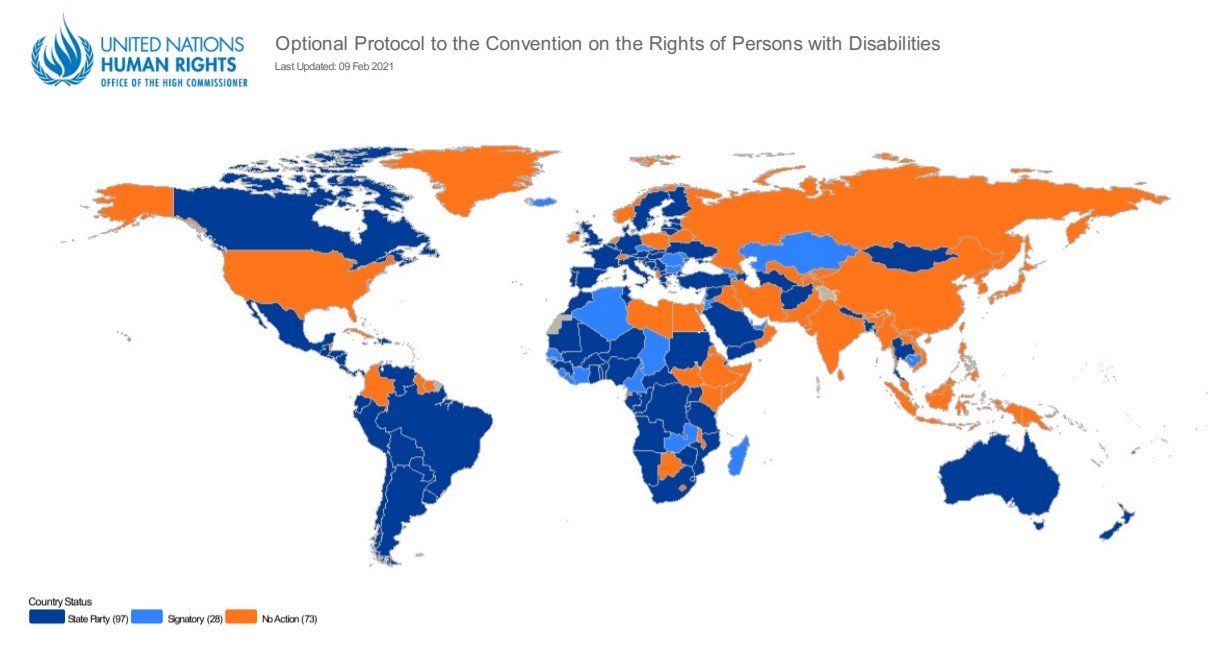 The convention has a series of “articles” that the UNCRPD says countries should abide by to protect chronically ill and disabled people’s human rights. These include:

Every so often, the UNCRPD monitors countries to see if they are sticking to these articles or not. The last time the committee looked at the UK was in 2016. And the report was damning.

The 2016 UNCRPD report accused successive governments of “grave” and “systematic” violations of disabled people’s human rights. In August 2017, the UNCRPD followed up on its report; this included its chair accusing the government of creating a “human catastrophe” for disabled people.

The report also specifically noted the government had violated rights due to:

Overall, the UN concluded that “systematic violations” of disabled people’s human rights in the UK had occurred. It stated that:

Now, the UNCRPD is preparing for its next investigation. It is looking for chronically ill and disabled people to give evidence. In response, a group of organisations is going to start collating people’s lived experiences.

We want Deaf and Disabled People, DDPOs and allies such as disability charities and human rights organisations to send us evidence that you think should be included in the England shadow report.

Information that you send could be links to reports, statistics or other data. Every point we make in the report needs to be backed up by evidence that is properly referenced. Please make sure you include the source of any information you send us including title, author and date of publication.

The Committee are also interested in the lived experiences of Deaf and Disabled people. If you or members of your group or organisation want to send us examples from your own lives, please be aware that everything we are sent in response to our call for evidence will be published online and will be publicly available.

The group needs people’s evidence by 5pm on Monday 22 November. It held a launch event on 20 October:

Ellen Clifford, the lead author for the shadow report, stated:

At a time when DDPOs are still over-stretched from the pandemic and have enough to contend with trying to guarantee their own survival, the fact that so many organisations unhesitatingly offered time and resources to get involved shows how important the Convention is to Deaf and Disabled people. We’re hoping that the end result will be a report that Deaf and Disabled people across the country feel genuine ownership over. It’s a steep task, given that the world limit for the report is just 5350 words and we know people will have a lot to say, but collectively Deaf and Disabled people can do great things when come together in a spirit of unity.

It will be interesting to see what the UNCRPD says when it reports on the UK again.

The report will come against the backdrop of the coronavirus (Covid-19) pandemic. A recent parliamentary report branded the government’s response to the crisis “one of the most important public health failures the United Kingdom has ever experienced”. Disabled people suffered disproportionately throughout the pandemic – making up 58% of all deaths between 24 January 2020 and 28 February 2021. Furthermore, countless people experienced cuts to their care and support.

Additionally, the roll out of Universal Credit has stepped up a gear since the UNCRPD’s 2016 report. Severely disabled people have repeatedly taken the DWP to court because they lost money when the department forced them on to Universal Credit. A judge agreed, saying the DWP discriminated against them.

Chronically ill people and those living with mental health conditions also need to be included in the scope of the UNCRPD report. Many of them are classed as disabled, but they don’t always live with visible impairments. Recently, there has been controversy, and a legal challenge, over the official guidelines for the treatment of myalgic encephalomyelitis (ME). Also, in 2017, a court ruled the DWP discriminated against people living with mental health conditions regarding PIP.

So, many chronically ill and disabled people will be waiting to see what the UNCRPD says this time. The challenge with this new report is that previously the government effectively whitewashed its findings and failed to act on them. It’s currently in the process of producing a new strategy for disabled people, but DPOs have already criticised it. They’re also mounting a legal challenge to the process.

It’s likely that this next UNCRPD report will be as damning as the previous one. To make sure chronically ill and disabled people have their voices heard, they must be included. So, if you want to have your say over how the government has treated you or someone you know, then get involved.