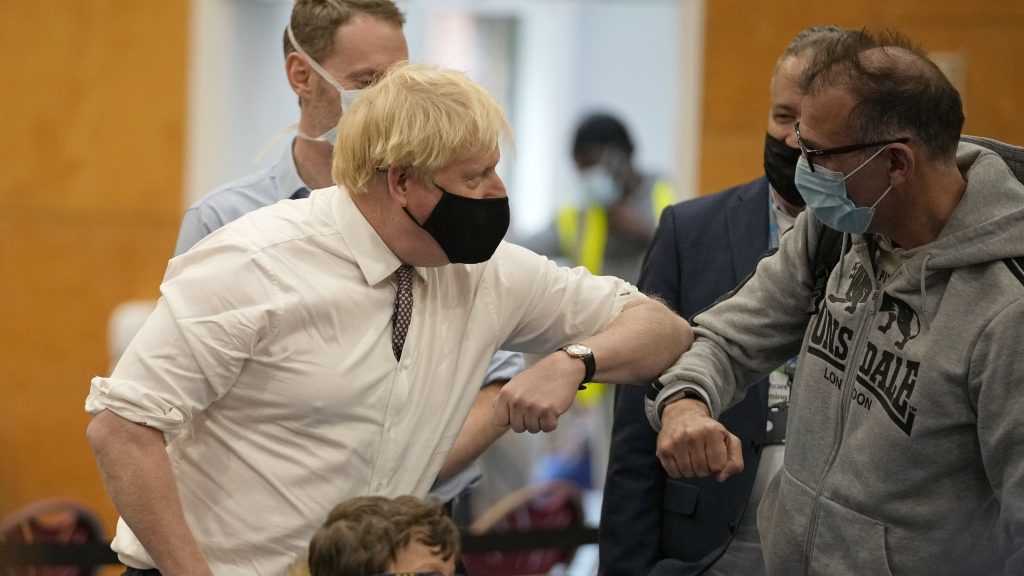 Boris Johnson has refused to commit to wearing a face covering in parliament despite an appeal by health secretary Sajid Javid for Tory MPs to mask up when they are in the House.

After Conservative MPs were seen crammed on the Commons benches, almost all with faces bare, Javid urged them to set an example to the public in order to avoid the need for tighter coronavirus (Covid-19) restrictions over the winter. But speaking to reporters during a visit to a vaccination centre in West London, Johnson sidestepped a question about whether he would now wear a mask in Parliament, in line with his own government’s guidance.

I think there are lots of steps that we need to take to continue to follow the guidance. So commonsensical things, washing your hands, wearing a mask in confined spaces where you are meeting people that you don’t normally meet. That’s sensible.

Johnson’s refusal to commit to wearing a mask himself came as scientists advising the government warned the failure of public figures to follow official guidance risks undermining public trust. A paper by the Spi-B group of behavioural scientists noted that a return to mandatory face coverings in public places in England was one of the elements in the government’s Plan B if the situation with the virus worsens over the winter. It noted:

It would also create expectations for public figures serving as role models to demonstrate adherence in the required settings. Trust can be eroded by unclear and inconsistent messaging (and) government officials and role models not engaging in behaviours in line with guidance.

The paper said there was already “public confusion” over the effectiveness of masks and that a return to mandatory face coverings could lead to “lack of compliance and confrontations”. It added:

During his visit, Johnson said he saw no need for a return to a full lockdown with shops and other premises closing over the winter, despite coronavirus cases continuing to rise. He said:

The PM confirmed consideration was being given to reducing the minimum gap between the second vaccine dose and the booster from six months to five in order to step up the pace.

It is an important question. I think a lot of people are looking at that issue