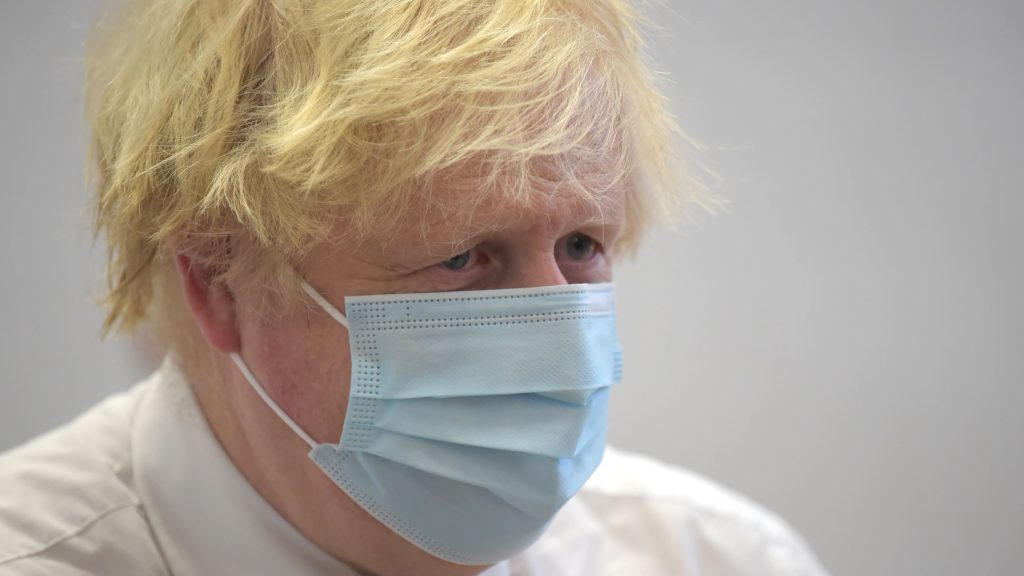 Following a series of scandals he allegedly brought upon himself. Boris Johnson is facing perhaps the most difficult week since the start of his premiership. As dissatisfaction on the Conservative backbenches has grown, he heads into the next few days against a backdrop of rebellion. Meanwhile, the threat of the Omicron variant of coronavirus looms in the background – not to mention the rolling scandals linked to Christmas parties and questions of corruption.

As challenging as the week may prove for Johnson, however, others are noting that the real hard work will be – as ever – carried out by others.

This morning please spare a thought for NHS staff who – at exactly the same time you did – found out last night from @BorisJohnson they’d be delivering 1 million boosters a day from… today.

They will do that.

But it's about time he stopped taking them for granted – give them the proper pay rise they deserve!

Johnson’s first big challenge comes on 14 December, as MPs are asked to approve the Plan B measures he has set out in a bid to stem the spread of Omicron. Already, more than 70 of his own MPs have signalled they either will, or are considering, opposing some of the plans.

Commenting on measures Johnson announced on 12 December, doctor Rachel Clarke argued that the government’s plans – much like in the early days of the pandemic – don’t go far enough:

“We know from bitter experience how these exponential curves develop. No-one should be in doubt – there is a tidal wave of omicron coming”

Yet @borisjohnson has chosen to forgo more measures that would give us time to roll out boosters.

That's not statesmanship. It's cowardice.

Others questioned how seriously Johnson is taking the issue:

Frankly, Boris Johnson can sod off. We’re fighting covid *despite* him. He’s no leader. He’s hindered our efforts pretty much from day one.

Anger on the Conservative backbenches mainly centres on the introduction of coronavirus (Covid-19) passes – where a person must prove their vaccination status or that they have had a negative test – for large venues. However, the bad blood comes as Tory MPs have been left burned by their leader in recent weeks.

The standards row over former MP Owen Paterson left a sour taste in the mouths of many, as they felt they had been asked – and most obliged – to back the government in a difficult position, only to be left embarrassed when ministers U-turned. The resulting by-election in North Shropshire is on 16 December, and what should be a comfortable win for the Tories – Paterson had a majority of almost 23,000 – is now looking precarious.

Absolutely no doubt the party story has cut through. People we’re talking about it and angry. They were angry as much for the way it’s been handled by Downing St and Boris Johnson as much as any event itself. Lots of people saying they just don’t believe him.

Ill feeling has also been stirred up by the revelations of alleged parties held in Downing Street and elsewhere in government during lockdown restrictions. After denying any parties took place, Johnson has now asked Cabinet secretary Simon Case to investigate and report back, with the Times suggesting the outcome could come as early as the end of the week.

EXCLUSIVE: Boris Johnson accused of personally breaking Covid laws by hosting a Christmas quiz in No10 last year – and we've got pictures 👀https://t.co/lzcEnXeHck

Johnson says he’s asking the Cabinet Secretary to look into whether there was a party. IT WAS IN YOUR HOUSE MATE

The Conservative Party leader also faces allegations that he misled his ethics adviser over what he knew about a controversial refurbishment of his No 11 flat.

Congratulations to Mr & Mrs Johnson on their baby girl. I wish mother and daughter well

Amid all of that, Johnson is attempting to convince the country that it’s essential to follow new coronavirus measures, as the Omicron variant threatens to put even more pressure on the NHS. In an address to the nation on 12 December, the prime minister called the variant a “tidal wave”, and brought forward the deadline for offering booster jabs to all adults.

However, the question ministers continue to face in interviews is whether the public health messaging has been undermined by the government’s – and Johnson’s – actions, and what that means for his future. On top of that, people are reporting issues with booking their booster and lateral flow tests:

Considering a large part of the Government's strategy depends on access to lateral flow tests (10 days of daily testing if a contact), this is *a big problem*. pic.twitter.com/bhPmICGRwL

Zero lateral flows available at four pharmacies over the last two days. Where is Matt Hancock's landlord when you need him.