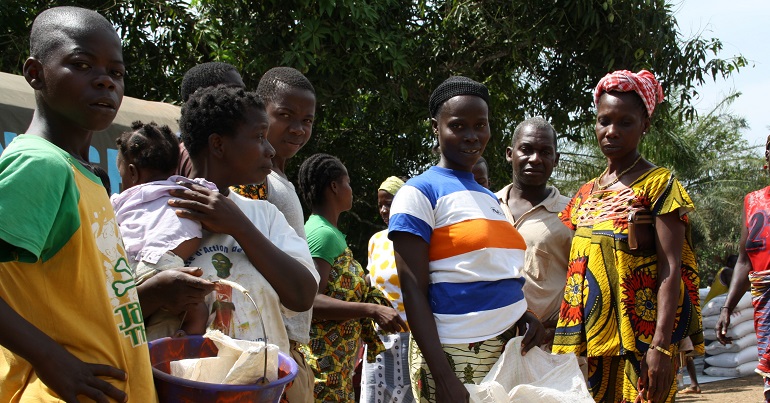 On 8 December, Priti Patel’s controversial Nationality and Borders Bill passed its third reading in the House of Commons. Some MPs and campaigners were outraged and labelled the legislation racist and inhumane. Labour MP Zarah Sultana said it was:

an attack on refugee rights, criminalising boats rescuing people at sea and violating our 70-year commitment to the Refugee Convention.

Refugees were already under attack in the UK. In addition to this proposed racist legislation, there’s been a lot of lies spread about refugees arriving here. Moreover, earlier this month, a white supremacist group displayed racist, anti-refugee banners from a road bridge in London. And, as reported by The Canary, those that do make the journey through Europe do so in desperate conditions.

counter the widespread lies put out about people arriving in the UK to find refuge and spell out for others in the community how the Nationality and Borders Bill will, if enacted, cause even greater suffering and injustice.

A combination of women who’ve recently arrived in the UK and those who have been here for decades will answer questions at this live event. The organisers added:

Women who travelled overland, others who have family left in Greece, France, and in other European and African countries, some who fled homophobia, rape and other violence and mothers separated from their children, will all be speaking.

Prior to tomorrow’s lunchtime webinar, some of those women spoke about their experiences. They also expressed their opinions on Patel’s racist legislation.

A woman called Lara, who was detained in her home country for organising against the government, is applying for asylum. She believes the UK government wants to stop refugees telling their story:

I think the key thing about this Bill is that the government want to prevent us from ever setting foot in the country. In the justice system in the UK, you’re arrested; go to the court and you say everything out in public. And people decide, and then the judge [decides] based on the evidence. But now with this bill they want to decide outside the court, they want to prevent as many people as possible, from reaching a point where they can openly say what has happened to them.

She believes it’s important refugees get this chance because:

Just being there in person in court makes a big difference so that somebody can sit down and have time to listen, give a proper fair hearing. Where you feel safe enough to say everything that has happened to you and to show your evidence, because sometimes you don’t even realise what is evidence? They want to decide your asylum case outside of the asylum system.

I came here to escape life-threatening domestic violence.  When I started my case they didn’t believe me. They kept on rejecting me.  It wasn’t until they took me to detention, where a GP saw all the scars and they wrote to the Home Office to say they should believe me.

Patel wants to play off “two groups against each other”

In March this year, Patel claimed she was defending women who were “elbowed out of the way by young men” jumping the asylum queue. Chika warned people about this saying:

Priti Patel is just playing off two groups against each other. There are no pathways for women to claim asylum. We can’t be fighting over something that doesn’t exist.

But it’s still harder on women

Others added that while it was hard for men, in their view it was still harder for women claiming asylum. Natu remembered the terrible time she had when she was pregnant.

I had my baby in the hospital and immediately the midwives took me out into another room and immigration officers were there to question me. They said we need to know your status. My mind was going everywhere. They’re gonna take me back? They’re gonna take my baby? I was shivering and shaking. Those are the things that women go through because we are the mothers and the children depend on us.

It’s quite hard for women to be able to claim asylum and to speak out, because most of the time we are victims. Some men go through rape as well, but women are the [ones] who goes through it more. And they feel the pain because there is no woman that will want to leave her own country to go to another place if it wasn’t to find somewhere to be safe.

Getting on those boats is a way of escape, whether we make it or not, to just find a place and settle with the children. That’s why we say to people that we must oppose this Bill so that women at least get a listening ear.

Listen to the women “who have made the dangerous journey”

The event organisers want people to listen to the women “who have made the dangerous journey”. They can:

counter the lies put out about people fleeing for safety, including those arriving by boat on UK shores.

They point out there are:

no safe and legal ways to get to the UK. Twenty-seven people have now tragically died in the Channel. This adds to the horrendous toll of nearly 40,000 known to have died in the Mediterranean, and those who perished at the Belarus border, in the backs of lorries and in the many other dangerous ways that desperate people have been forced to travel. Without wars, famine and environmental devastation, much of which the UK is guilty of, people wouldn’t have to flee their homes.

Anybody wishing to attend this event can register for free at this link.