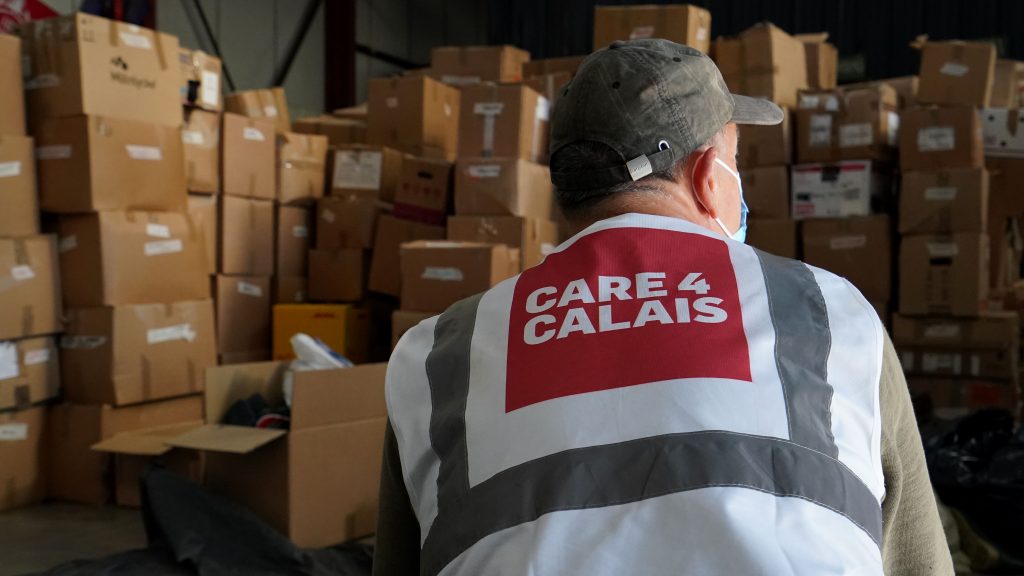 People living rough in fields and scrubland in the French port is a common sight, with settlements more temporary and dispersed in recent years following the destruction of the so-called ‘Jungle’ camp.

Many speak of their long and difficult journeys to get to Calais after fleeing horrors of war and torture in their home countries thousands of miles away. Some spend months living there trying to cross to the UK every day, risking their lives trying to board lorries or getting into dinghies bound for the English coastline.

Speaking at the migrant charity’s warehouse in Calais, he added:

Unfortunately we don’t have a fair asylum system for the UK.

These people are forced to make very dangerous journeys across the Channel… people are in really terrible conditions at the moment so it’s really important that people are coming in here to volunteer and to donate clothes and things like that.

He warned that dropping temperatures were making conditions “very dangerous” for those sleeping rough in Calais and appealed for donations. Fellow volunteer Imogen Hardman blamed French authorities for “almost daily” evictions of migrants in Calais as well as UK asylum policy. She told PA:

People just have nowhere to settle and people who have escaped really difficult situations are just not finding a place of safety at all.

While large numbers of people who pass through Calais make it safely to the UK – nearly 20,000 this year – the routes by both sea and lorry can be deadly. Since the beginning of 2019, more than a dozen people have died or gone missing while trying to cross the English Channel in small boats.

They are among about 300 border-related deaths in and around the English Channel since 1999, according to a report by the Institute of Race Relations, the Permanent Peoples’ Tribunal London steering group and French group Gisti.

It’s feared as many as three people are missing after trying to cross from France to the UK in a dinghy last week. Two men – both Somali nationals – were rescued off the Essex coast, but searches for any remaining survivors were later called off.

In October 2020, a boat sank off the coast of France leading to the deaths of seven people, including five from a Kurdish-Iranian family.