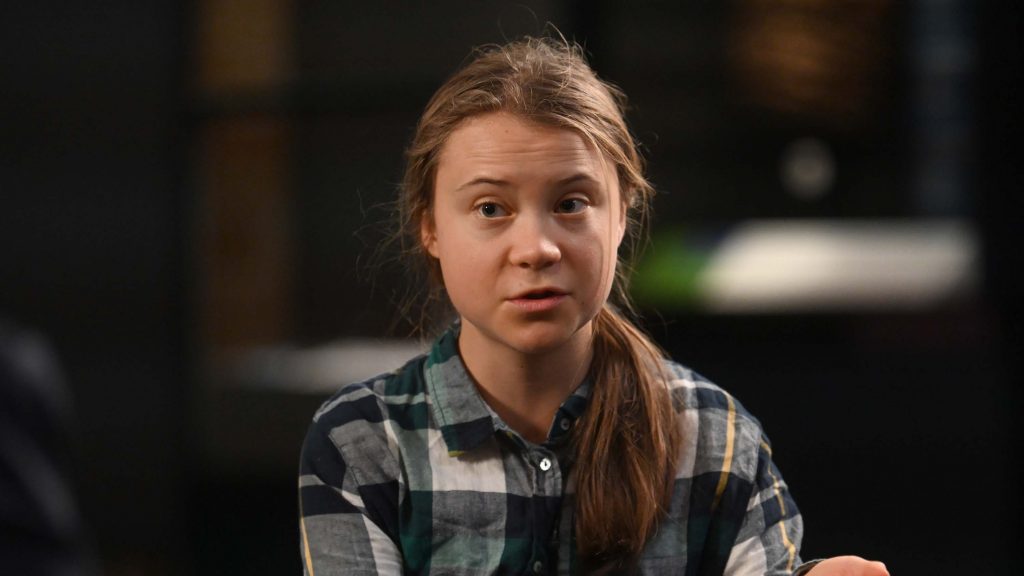 Angering people can be necessary as part of environmental demonstrations, and people in countries like the UK where protest is allowed have more responsibility to do so, activist Greta Thunberg has said.

The Swedish teenager was pictured surrounded by other climate activists as she arrived in Glasgow ahead of the COP26 summit. Speaking before the crunch talks on 1 November, Thunberg said she believes it’s “possible in theory” to keep global warming below 1.5C, but added:

It’s up to us if we want that to happen.

Finally in Glasgow for the #COP26! And thank you for the very warm welcome…😅 pic.twitter.com/mK4vl7iTM1

Thunberg said she believes that as long as no one is hurt it can be necessary to “anger some people”, when asked about environmental demonstrations. She has not officially been invited to speak at the summit. But her comments come at a time when environmental group Insulate Britain has been blocking roads, prompting anger and frustration from some motorists.

To make clear, as long as no-one gets hurt … then I think sometimes you need to anger some people. Like, for instance, the school strike movement would never have become so big if there wasn’t friction, if some people didn’t get pissed off.

Britons, her fellow Swedes, and people in other countries with clear rights to protest have “more responsibility” to demonstrate on climate change, she said.

Explaining that she tries to speak to activists in countries like China where people do not have the same rights, she told Marr:

It makes you just feel so grateful that we are actually able to protest and that just puts more responsibility on us who actually have the right to protest, to use that right. Not just for our sake but for everyone’s sake, especially for their sake to help them as well.

Asked about the queen’s comments earlier this month when the monarch appeared to suggest she’s irritated by a lack of action in tackling the climate crisis, Thunberg said she thinks most people would agree. In a clip during a trip to Cardiff in which she appeared to be talking about the COP26 conference, the queen could be heard to say it’s “irritating” when “they talk, but they don’t do”.

Yeah, I think most people agree with that.

Asked if hearing the views of leaders such as the pope makes a difference, she said:

During the interview, Thunberg said when countries show a “pattern” of policies in which they avoid taking “real action” it means the climate is not their main priority.

She was asked about the UK’s position on leading on climate change in the wake of chancellor Rishi Sunak’s recent announcement that there would be a 50% cut in air passenger duty (APD) for domestic flights. She told Marr:

Of course we can’t talk about this in, like, one single policy and so on. But when you see a pattern of these policies, that all the time are avoiding taking real action, then I think you can draw conclusions from that pattern.

That climate action is not really our main priority right now.

While she criticised China for being “out of touch” in still building coal power plants, she warned that there will always be other countries to blame for not doing enough and urged the world to work together.

It’s more important that we need to work together internationally and globally to make sure that everyone does this transition, not the least pushing China who are still building coal power plants which today is quite out of touch with reality if you ask me.

We can always prevent things from getting worse. It’s never too late to do as much as we can.

Asked if she would consider running for elected office in Sweden, the 18-year-old said she had “thought of the possibility” but added:

No, at least not right now.