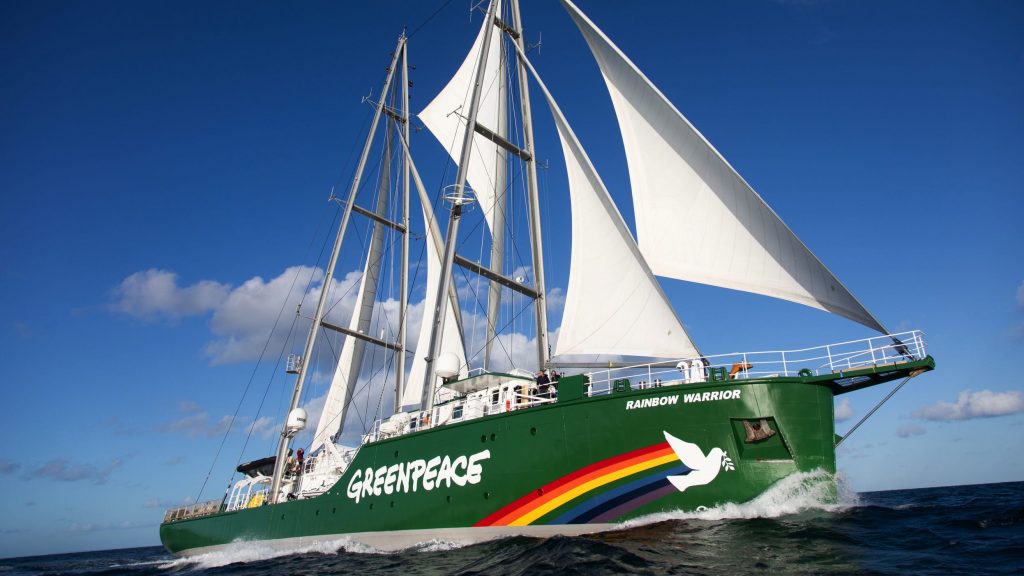 The Rainbow Warrior is planning to sail to the COP26 summit in Glasgow in defiance of port authorities, environmental group Greenpeace has said.

The campaign group’s famous ship is carrying youth strikers from communities most hit by climate change to demand world leaders “stop failing us”. Greenpeace said port authorities had warned the group not to sail up the River Clyde to the global climate conference but added the vessel would still attempt the journey.

🚨BREAKING: The Rainbow Warrior, carrying four @FFFMAPA activists from the most affected areas by the climate crisis, will defy the authorities in Glasgow and sail up the River Clyde to the global climate conference, #COP26 #MAPAhttps://t.co/7M0C7GJUmI

If the voyage is successful, the four youth activists on the Rainbow Warrior plan to meet fellow members of the Fridays for Future climate strike movement on 1 November outside the summit to deliver their message. They’re warning that the climate talks should not go ahead without the people who are most affected. But they say many activists have been shut out by a failure to distribute vaccines equally between countries and travel restrictions. Meanwhile major nations have big delegations attending.

The Rainbow Warrior set sail from Liverpool on 30 October. It contacted the Clyde port authority to request permission to berth outside the COP26 conference, but it was told it couldn’t sail up the Clyde and that the area was controlled by police.

Greenpeace said the captain decided to ignore the warnings and will continue the ship’s journey, as the activists’ message and presence is fundamental to the success of COP26. A “stop failing us” message is written on large banners hung between the Rainbow Warrior’s masts and bows.

“We won’t be stopped”

From vaccines to visas and travel restrictions, we’ve already had to overcome many obstacles that the Cop26 organisers tried to use in an attempt to shut us out. But we’re here, we’re coming and we won’t be stopped.

Inequalities such as gender violence, racial discrimination, class inequality and forced migration are exacerbated by the climate crisis. By denying us entry these so-called ‘leaders’ are fanning the flames of these inequalities. Enough empty speeches, there won’t be climate action without climate justice.

World leaders should be rolling out the red carpet to people most affected by this crisis, not denying us from making our way to Cop26. We’re only four activists but we’re representing millions and our voices must be heard.