Glasgow bin collectors walk out on strike during COP26 - Canary 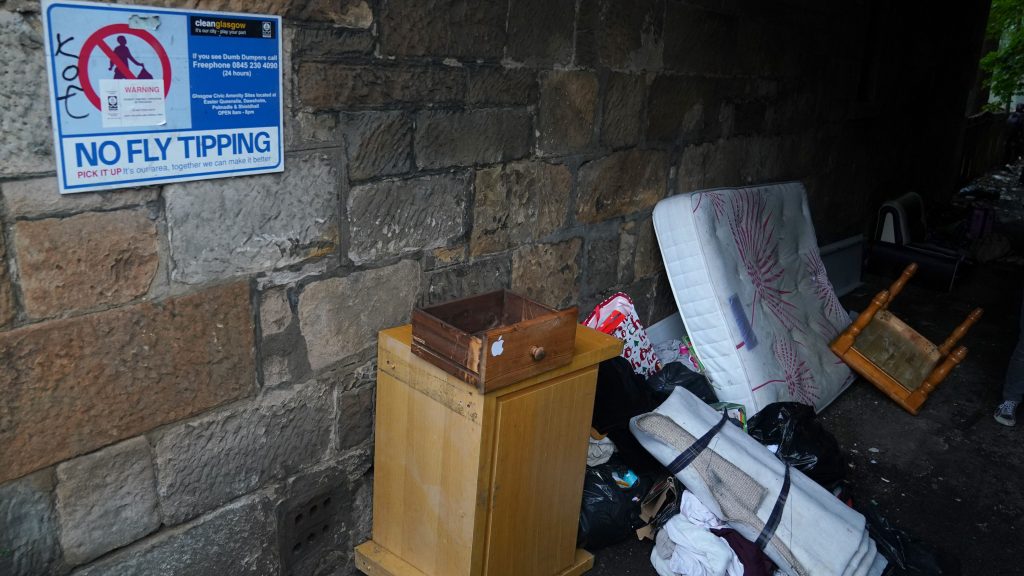 Bin collectors and street cleaners have walked out on strike as Glasgow hosts world leaders for the COP26 summit, amid a row between a union and the city council.

GMB members walked out at one minute past midnight on Monday following the collapse of last-ditch talks between the union and Glasgow City Council on Sunday evening.

More than 100 world leaders are expected to arrive in Glasgow on Monday as the first day of the two-day world leaders’ summit takes place at the COP26 UN climate conference.

The planned strike action was previously called off on Friday after a new pay offer from council umbrella body Cosla, and the GMB said it would suspend the strike for two weeks to consult with members.

However, following talks on Sunday, the GMB said strike action would go ahead.

We met the council in good faith, offering a clear set of proposals to reset industrial relations and avoid strikes. The council rejected these proposals.

Regrettably, the council refused this massive opportunity to move forward, and strike action across the cleansing service will now begin, during which time our members will be balloted on the Cosla pay offer.

The union said workers will take strike action throughout the first full week of the Cop26 summit.

The Scottish Government gave £30 million to support the offer.

A Glasgow City Council spokesman for said on Sunday evening: “The agreement struck at national level gave two weeks to consider the pay offer and so there is no reason for this strike to go ahead at this time.

“It is very disappointing the GMB has opted for this course of action, which now seems to be about allocating time for meetings rather than a pay agreement.

“We will meet with the GMB at any time to try and resolve what now appears to be a local dispute.”