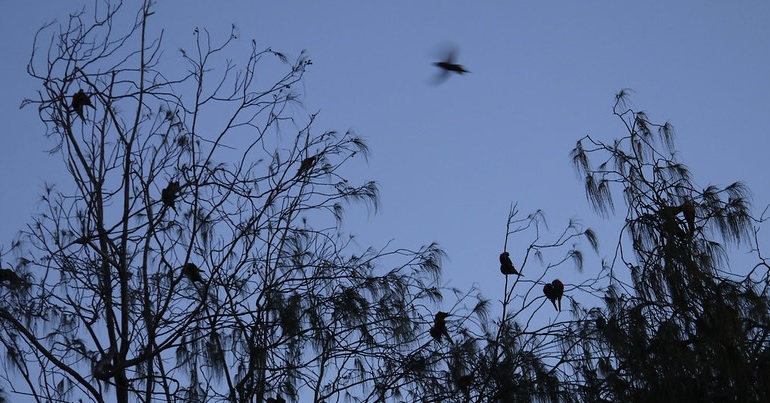 An album featuring the songs of Australia’s disappearing birds has risen up the country’s album charts in recent days. It’s currently No. 1 in the Australian Record Industry Association’s (ARIA) Top Australian Albums chart. And in ARIA’s Top Albums chart overall, it’s at No. 3, just behind Adele and Ed Sheeran.

The album’s creator, Birdlife Australia, is hoping the album will surpass those Brits to reach the top of the ARIA chart. Amid the extinction crisis, it would be a wonderfully symbolic victory for biodiversity if people propelled Australia’s endangered birds to No. 1.

Songs of Disappearance features the songs of 53 birds in Australia. As Birdlife Australia has explained, they are the country’s most threatened species. The group’s CEO Paul Sullivan said:

The album uses the wildlife recordings of David Stewart and was produced by the cellist Anthony Albrecht. It’s popularity has seen Birdlife Australia run out of CDs, although it is still available for download:

We’ve sold out of CDs for now, but you can download the album in time for Christmas at: https://t.co/WzGsJ544GO

All proceeds go towards our bird conservation work protecting threatened birds, and every order brings us one step closer to number 1 on the international charts!

The Australian public must be made aware of the dire situation facing our unique wildlife. With Songs of Disappearance we offer the sounds of species that could soon disappear forever.

Dire situation all round

As The Canary has previously reported, it’s not just Australian birds who are facing a dire situation. Europe’s birds have faced a dramatic decline over the last 40 years. A study produced by researchers from the RSPB, Birdlife International, and Czech Society for Ornithology found that the EU and UK have lost between 17% and 19% of their bird populations since 1980.

Birdlife International put the study’s findings on bird population losses and increases into context, highlighting that “some 900 million birds have been lost” during the studied period and that “this is set against an increase of around 340 million in certain species”.

As Geographical reported in 2020, 40% of bird species are seeing declines on a global level. Birdlife International’s Tris Allinson explained that “Nearly all the problems affecting birds are human in origin”. The loss of their habitat, for activities like farming and logging, is the leading issue. Other threats include the climate crisis, the wildlife trade, pollution, and hunting.

The situation birds face is illustrative of the wider direction of travel for wildlife. Species across the world are in the grip of an extinction crisis, largely due to the actions of humans. Global authorities will meet in China in the Spring for the UN Biodiversity Conference – COP15 – to address this crisis and lay out plans to tackle it going forward.

A future where birdsong is only easily accessible via iTunes or the like is unconscionable. And a future filled with birds making mating calls that are never answered, due to them being the last of their kind – such as the last Kauai male in 1987 – is too awful to contemplate:

It’s way past time to take drastic action to turn this extinction crisis around. 2022 is the year that global authorities must offer meaningful and comprehensive action to stem the catastrophe.