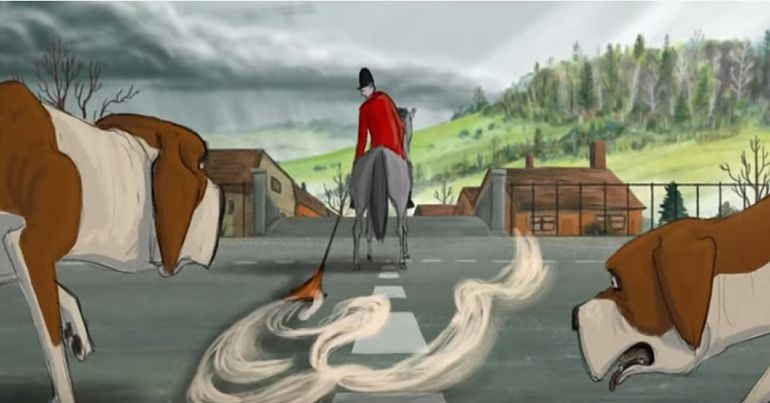 Saying that British hunts have had a difficult year would be an understatement. Unfortunately for them – but fortunately for foxes, their human advocates, and the natural world as a whole – their favourite day of the year, Boxing Day, isn’t shaping up to be any better.

One of the most devastating blows for hunters this year was the National Trust’s decision to ban trail hunting from its land. Trail hunting is supposed to involve the laying of an artificial trail for dogs to follow. It’s widely considered by campaigners as a cover for actual fox hunting.

The National Trust decision came in the wake of another hit in October. Mark Hankinson, a Master of Foxhounds Association director, was found guilty of “encouraging or assisting others to commit an offence under the Hunting Act”. The prosecution centred on webinars he spoke at, where he associated trail hunting with a “smokescreen” that can “portray to the people watching that you’re going about legitimate business”.

In an equally calamitous knock, Natural Resources Wales banned trail hunting on its land in November. Oh, and a primary school teacher lost her job after the Hertfordshire Hunt Saboteurs shared a video of her kicking and hitting a horse. Reports suggest she is a member of the Cottesmore Hunt.

Boxing Day is usually a highly treasured moment in the hunts’ year. They parade through towns across the country and then head off into the countryside for their ‘sport’. This year many hunts intend to head out on 27 December, as Boxing Day falls on a Sunday. But some hunts won’t get to carry out their charade. Sorry, I mean parade. Rutland County Council, for example, has decided that the Cottesmore Hunt cannot carry out hunting activities on its land on Boxing Day and New Year’s Day as the hunt had indicated it wanted to do.

A petition started by Keep the Ban that calls on all local authorities to ban Boxing Day meets has also gained some momentum.

Boxing Day hunts are still taking place across the country with many hunts opting to parade through the streets on December 27th.

Councils NOT be shutting roads and accommodating these wildlife criminals – RT if you agree! pic.twitter.com/Rv30G39RL3

Those hunts that do go out may well be met with protests. And this year, huntspeople will have to head out in the knowledge that the tide is well and truly turning against their favoured activity. A recent Survation poll suggested that the majority of people believe UK authorities should give foxes greater protections. Over 60% of respondents also backed a permanent ban on trail hunting. Keep the Ban initiated the poll.

Meanwhile, the group is releasing a short animation on Boxing Day called A Trail of Lies, involving naturalist and campaigner Chris Packham and actor and campaigner Peter Egan:

Coming this Boxing Day – 'A trail of lies' – narrated by @ChrisGPackham & voiced by @PeterEgan6 pic.twitter.com/bglhLvRzno

In short, there’s not much for hunts and their supporters to be cheery about this Christmas. For foxes and other wildlife, however, that’s some cause for celebration.