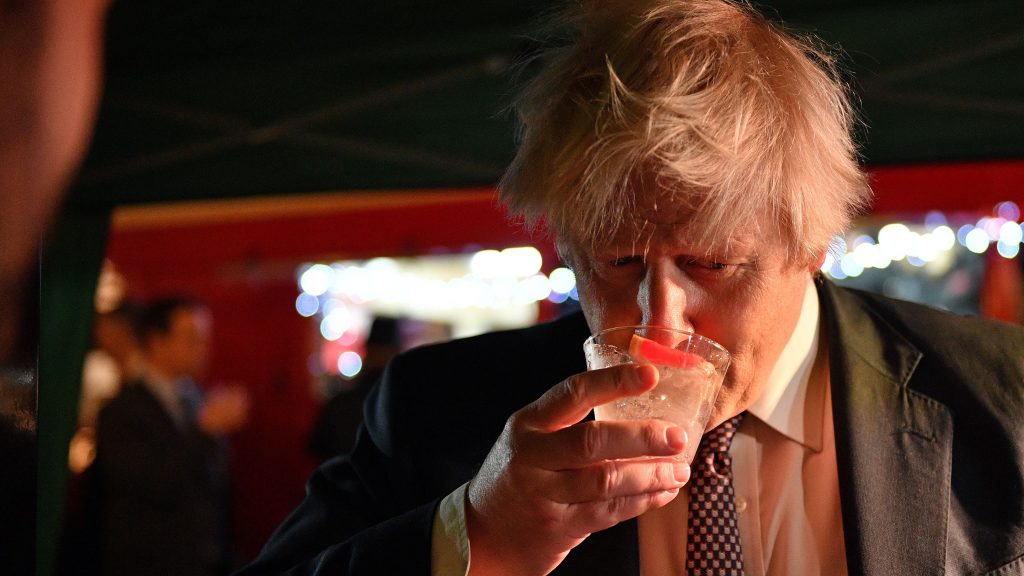 An apology from the prime minister’s former director of communications over a No 10 party the night before the duke of Edinburgh’s funeral has heaped further pressure on Boris Johnson as another Tory MP called on him to resign.

James Slack, who until last year was Johnson’s director of communications, apologised on the morning of 14 January for the “anger and hurt” his leaving party in April 2021 is causing. Slack, who is now deputy editor-in-chief of the Sun newspaper, said he took “full responsibility” and was “deeply sorry”.

In an emailed statement issued by the Sun’s publisher News UK, he added:

This event should not have happened at the time that it did.

James Slack needs to clarify or resign as deputy editor of The Sun. How on earth can he have kept this out of the paper? Who else attended his leaving do in Downing Street and kept quiet? How many editors? How many in the lobby? https://t.co/JXWeWVYnCi

It comes after the Telegraph reported that advisers and civil servants gathered after work for two separate events on 16 April 2021, on the eve of prince Philip Windsor’s funeral. The events were to mark the departures of Slack and one of the prime minister’s personal photographers, the newspaper said. The two events are said to have started separately and later merged.

The newspaper reported accounts from witnesses who said alcohol was drunk and guests danced to music, with a person sent to a local shop with a suitcase to buy wine.

I’m very proud that thanks to Brexit and the end of metric tyranny we are finally able to serve wine by the suitcase once again. These are the ancient liberties Nelson and Wellington fought to defend.

The next day, the queen attended her late husband’s funeral wearing a face mask and socially distanced from her family at Windsor Castle, in line with coronavirus (Covid-19) restrictions.

James Slack, deputy editor of the Sun, is at work in the newsroom as planned while also being at the centre of the biggest story in the country… it's claimed he had not told fellow Sun managers about his leaving do until contacted by Telegraph yesterday. https://t.co/LulOK4WRJb

Conservative MP Roger Gale said the gatherings were “wholly unacceptable”, and confirmed he had submitted a letter of no confidence in Johnson to the 1922 Committee of backbench MPs. On the evening of 13 January, his Tory colleague Andrew Bridgen became the fifth MP to have publicly said they had written to committee chair Graham Brady.

The Telegraph reported that as many as 30 letters have been submitted so far, with a total of 54 needed to trigger a vote.

Tory MPs handing in their letters of no confidence now pic.twitter.com/DRD96GlbSu

I have been described as a serial critic of the Prime Minister and, in a sense, that is true.

My letter calling for a leadership election goes back to the Barnard Castle event when the Prime Minister failed to take what I regarded as appropriate decisions and actions to remove (former top adviser Dominic) Cummings from office, because what happened then was quite wrong.

I decided then that if the Prime Minister was not capable of exercising the right kind of judgment, then we had to have another Prime Minister.

I don’t think that the image of the Downing Street branch of the Majestic Wine Warehouse is doing us any good at all.

I'm preparing for #PMQs by having breakfast with all the Tory MPs who still support me. pic.twitter.com/xcg78NK12r

Meanwhile, a councillor from the Sutton Coldfield Conservatives – an association in a safe Tory seat that withdrew its support for Johnson on 13 January – said the move reflected “local views at the very grassroots levels”.

The conversation we had last night … was really about what I think we have the right to expect from our leaders and the standards of leadership we expect from them, and the trust that we put in them.

In run up to May local elections, talks underway about how to avoid haemorrhaging voters.

A source tells me "there are calls to actually denounce him in literature" – eg “Bins not Boris” or “I’m as angry with Boris as you are – but don’t throw away your council because of it”.

Security minister Damian Hinds denied Johnson was hiding from scrutiny by saying he had to reduce his social contacts after a close family member tested positive for coronavirus. Downing Street said Johnson would be taking precautions until 18 January after he cancelled a planned visit on 13 January.

When my family or close contacts test positive I am expected to be at school teaching (after using LFT to test).

Although the legal requirement to self-isolate does not apply to vaccinated contacts, they are advised to take daily tests and “limit close contact with other people outside your household”.

Well, I think you are advised to reduce social contacts to the extent you can.

The Prime Minister was, look, in front of 650 Members of Parliament on Wednesday at Prime Minister’s Questions, he has been absolutely available to be questioned, to be scrutinised, as of course our leaders must.

Hinds said he had been “shocked” by the party claims, and that they would now form part of an investigation by senior official Sue Gray. He added that Slack’s statement “doesn’t change the fact that we need to get to the bottom of … we need to hear the full set of facts about this, that particular evening but also the other events and gatherings”.

At the time of the two newly-reported gatherings on 16 April, government guidance said:

You must not socialise indoors except with your household or support bubble. You can meet outdoors, including in gardens, in groups of six people or two households.

It brings the total number of parties or gatherings alleged to have happened across Whitehall during restrictions to 14.

On 12 January, the prime minister apologised for attending a “bring your own booze” party in the Downing Street garden in May 2020, during the first coronavirus lockdown, but insisted he believed it was what he called a ‘work event’ and could “technically” have been within the rules.

Members of the government urged Johnson’s critics to wait for the findings of Gray’s inquiry before passing judgment after Tory MPs began publicly calling for him to quit. The Times reported that the inquiry was expected to find no evidence of criminality but that the investigation could censure Johnson for a lack of judgment. The newspaper said Gray was expected to avoid concluding whether Johnson breached the ministerial code, as this would fall outside her remit. However, it said she is set criticise the culture in Downing Street, of which Johnson is the ultimate person in charge.

Imagine the police saying they wouldn’t investigate a case of workplace sexual harassment until an internal inquiry determined whether it had happened or not.

It’s an admission that the rule of law doesn’t apply to Downing Street like it does to the rest of us. https://t.co/CvH0MMp4rO