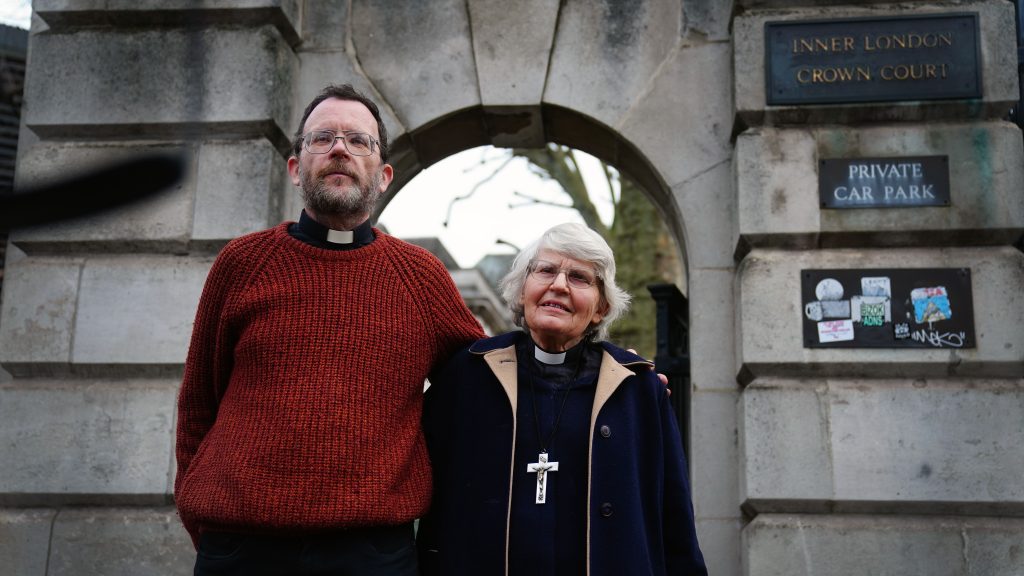 Three Extinction Rebellion activists have been cleared over a 2019 stunt which saw them cause 77 minutes of disruption to a central London train.

Reverend Sue Parfitt, 79, Father Martin Newell, 54, and former university lecturer Philip Kingston, 85, were unanimously acquitted by a jury at Inner London Crown Court of obstructing the railway following their protest at Shadwell Station on 17 October 2019. Kingston super-glued his hand to a Docklands Light Railway (DLR) train while Parfitt and Newell climbed on the roof and said prayers for the planet, shortly before 7am.

The trio said they were strongly motivated by their Christian faith, while Kingston said the futures of his four grandchildren also prompted him to take part in the protest.

In what they said was an attempt to appeal to the public and the government about the dangers of climate change and the financial institutions whose actions damage the planet, they targeted a train which was one stop away from Bank, in the City of London’s financial district.

Some 15 trains were delayed or cancelled but none were stuck in tunnels.

This was partly because, according to the activists, they had planned the demonstration to ensure there was no risk to public safety, by taking measures including targeting a station above ground and having 10 more Extinction Rebellion activists on the platform to ensure violence did not break out.

In April last year, six Extinction Rebellion protesters were cleared of causing criminal damage to Shell’s London headquarters despite the judge directing jurors they had no defence in law.