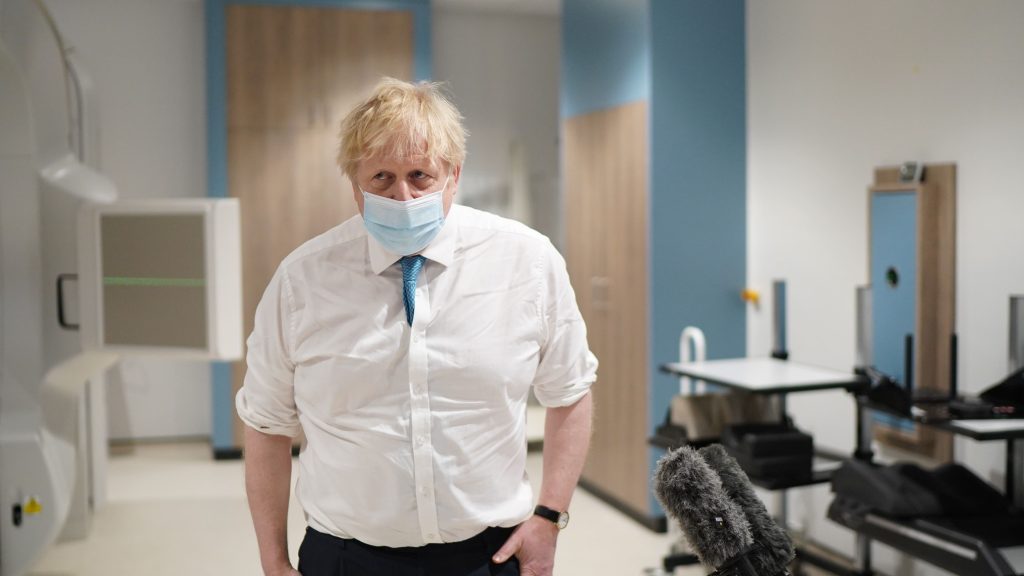 According to Downing Street’s new spin doctor, he and the PM sang “I Will Survive” as Johnson vowed to plough on with his premiership despite the ongoing partygate scandal. The story has already been dismissed as “utter tripe” by the leader of the Northern Independence Party:

Does anyone think an experienced comms professional just "says things"

The amount of supposedly intelligent people treating this as genuine is quite staggering.

Guto Harri’s appointment to the spin doctor role was announced over the weekend. According to Welsh language news website Golwg360, Harri said Johnson is “not all that clownish” and “a very likeable character” (a description that would also describe a part-time clown).

Harri took on the communications brief following a swathe of resignations among the prime minister’s aides.

Munira Mirza who, puzzlingly, has stood loyal to Johnson through his time and Mayor, Brexit, and as PM quits over the Savile slur and half hearted withdrawal.

According to a translation, Harri told Golwg360 that Johnson quoted from Gloria Gaynor’s hit when the pair met on the afternoon of 4 February, before settling down to a “serious conversation” about getting the government “back on track”.

The PM reportedly suggested he should kneel before Harri in an apparent nod to a row over the former broadcaster taking the knee during an on air debate about racism in football last year. Harri claimed:

I walked in and did a salute and said, ‘Prime Minister, Guto Harri reporting for duty’, and he stood up from behind his desk and started taking the salute, but then he said, ‘What am I doing? I should take the knee for you’.

And we both laughed. Then I asked, ‘Are you going to survive, Boris?’, and he said in his deep, slow and purposeful voice and started to sing a little while finishing the sentence and saying, ‘I will survive’.

I inevitably invited him to say, ‘You’ve got all your life to live’, and he replied, ‘I’ve got all my love to give’, so we had a little blast from Gloria Gaynor.

There was a lot of laughter and we sat down to have a serious conversation about how to get the Government back on track and how we are moving forward.

Everyone’s attention is on recent events that have caused a lot of hurt, but in the end that’s nothing to do with the way people voted two years ago.

The BBC to Downing Street pipeline

Harri is a former BBC journalist who went to work for GB News:

I am not sure that is career progression

Harri quit GB News following a controversy in which he partook in an anti-racist gesture live on air. This last fact is already causing controversy among right-wing figures for some reason:

Ex BBC, he was the man who took the knee on @GBNEWS & was fired.

Boris has to go.

The PM's choice to be his new PR guru @Guto_Harri is a remoaner & BLM whore who thinks @gbnews is far-Right i.e. a Woke!

I am sure that Tory voters will be thrilled to know that Guto Harri has been working for Hawthorn… who lobby for Huawei.

There’s now a question of whether Harri’s appointment will play well with Tory MPs – many of whom were worried that one buffoon in Downing Street was more than enough:

Given how nervy Tory MPs are, and how much they want evidence that No 10 is sharpening up, this is an interesting tack to have taken

Asked about Harri’s reported assessment that Johnson is “not a complete clown”, the prime minister’s official spokesperson said:

I think obviously he is firmly committed to the Prime Minister’s agenda and delivering on the public’s priorities.

This could be read as meaning Johnson’s “agenda” is one of ‘less than total clownishness’.

Harri went on to say that “90%” of their discussion was “very serious”. He said the PM is “not a vicious person as some misrepresent it”, but this seems to be a misreading of how people see Johnson. Generally, the public doesn’t think he’s vicious; they think he’s a liar and an idiot – something Harri’s improbable story does nothing to dismiss.